Square Enix today confirmed Final Fantasy XV is coming to PC in 2018, just as we predicted, but everyday PC gamers may be out of luck: the game will put NVIDIA's top-tier GeForce GTX 1080 Ti through its paces. Square Enix has confirmed that Final Fantasy XV's Windows Edition will run at native 4K with HDR 10 support on PC, but you'll need some serious hardware to pull that off. The devs have made FFXV from the ground-up for PC and is optimized specifically for NVIDIA video cards.

Final Fantasy XV's Windows Edition recommended specs have been spotted, and they're quite quite beefy: the publisher wants you to have a GeForce GTX 1080 Ti, 16 GB of RAM, an Intel Core i7 at 3.4GHz or a Ryzen 7 1700, a 4K monitor (for native 4K of course). The game also weighs in at a whopping 170GB, likely because of the textures, updates, and slew of content--including an exclusive first-person mode. But where are the minimum specs? Square Enix says that they haven't published minimum specs because they're "developing at such a high-end we can't define it yet."

"We haven't really revealed anything like minimum specs yet because we're developing at such a high-end which means we can't really define it with current standards now," Square Enix global brand manager Raio Mitsuno told PC Gamer.

Embark On A Journey Without Limits.

Take the wheel and drive from the capital to the back roads, or venture out on foot to discover a vast landscape of teeming wildlife, dangerous caverns and living cities full of adventure.

Made For Windows PC Players.

Supporting high-resolution options and compatible with native 4K (3840 x 2160) resolution and HDR 10. Graphical options can also be configured to support up to 8K. Thanks to NVIDIA, you can experience the beautiful and carefully-crafted world of Eos like never before.

FINAL FANTASY XV WINDOWS EDITION boasts a wealth of bonus content, including content contained in free updates to the console versions as well as paid downloadable content originally available through the Season Pass. Players can also explore the world of Eos through Noctis's eyes in an all-new first-person mode. 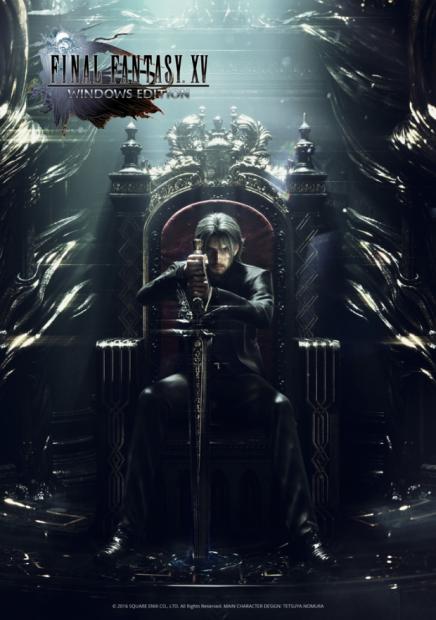