The iPhone 8 launch should be just around the corner, and as we are getting closer to the day that Apple should launch three new devices, we are getting a better image of what to expect. 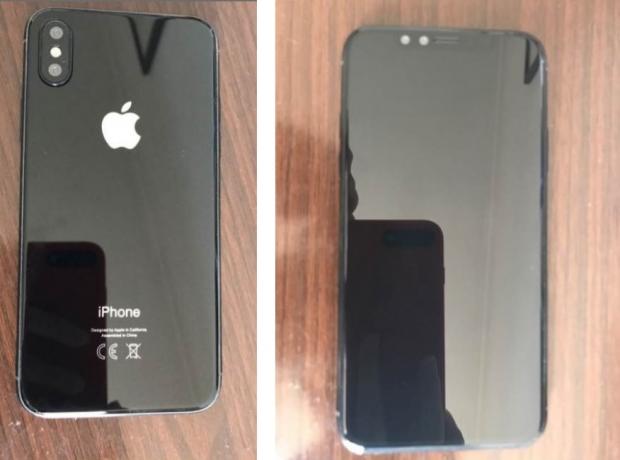 So far, we have heard numerous rumors about Apple's premium device, the iPhone 8, but this is the first clear photo of the actual phone that we have. The leaked image shows both front and the back of the phone confirming vertically aligned dual camera setup on the back of the phone.

Apple is expected to announce three new devices this year - iPhone 7s, iPhone 7s Plus, and iPhone 8. According to sources close to the company, the iPhone 8 might come in two versions, with 128GB and 256GB of storage, and its price should start from $1,100 to $1,200.