The highly anticipated Dragon Quest Builders game brought to us by Square Enix, can now be downloaded in a free demo available to trial before the launch of the title in two weeks. In the latest news from Sony PlayStation Lifestyle, the Dragon Quest Builders demo is obtainable today for users living in North America and Europe. The game trailer: Become a Legendary Builder, provides visuals of the exclusive title and what to expect this coming October.

Direct from the source regarding the free download was this: "With the demo, you'll find the introductory chapter of the game, letting you explore a large open island, restore a town, battle hordes of monsters, and complete quests. Square Enix didn't say if progress from the demo would transfer over to the full game. The PlayStation Store description adds that the PS Vita version of the demo isn't compatible with PlayStation TV".

The game will challenge players with the rebuilding Alefgard in the wake of its destruction at the hands of the Dragonlord. Dragon Quest Builders officially releases on October 11 in North America and October 14 in Europe for PS4 and PS Vita. For those customers who pre-order the PS4 version via the site, will receive some featured DLC bonuses added into the purchase. 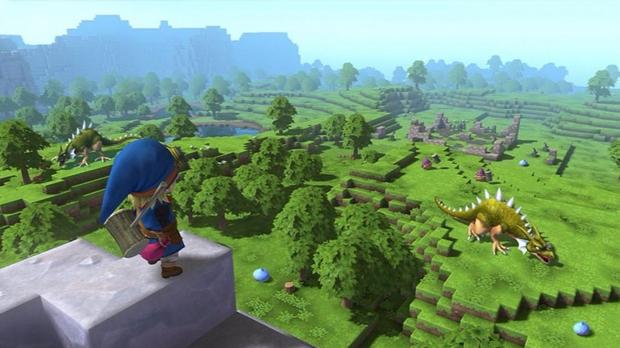