Hello Games' procedurally-generated indie No Man's Sky is touted as a "near-infinite" universe with 18,446,744,073,709,551,616 planets to explore. With so many planets to uncover, the game has one central goal: to reach the center of the universe. After spending less than a week in the game, someone has already reached the center of No Man's Sky.

Remember the guy who bought an early copy of No Man's Sky for $1,250? His name is daymeeuhn, and he's been sharing tons of info about the game on Reddit. But now he's revealed something quite unsettling about No Man's Sky: he's already technically "beaten" the game by reaching the center of the universe in just 40 hours time.

How did he achieve this so fast? Hello Games has put in a distinct "design flaw" that lets gamers rack up an insane amount of cash, which is then converted to warp fuel. So instead of spending "hundreds of hours" grinding materials on planets, you can just grab these mats, sell them, and keep scouring the stars.

"So, I've reached the center," daymeeuhn wrote in a massive post on Reddit. "For now, I'll just keep it a secret. I realize it is "the secret" of the game and I'm sure other people will spill the beans for clickbait sooner than later, so fear not fellow spoiler hounds - someone out there will feed your appetite I'm sure." 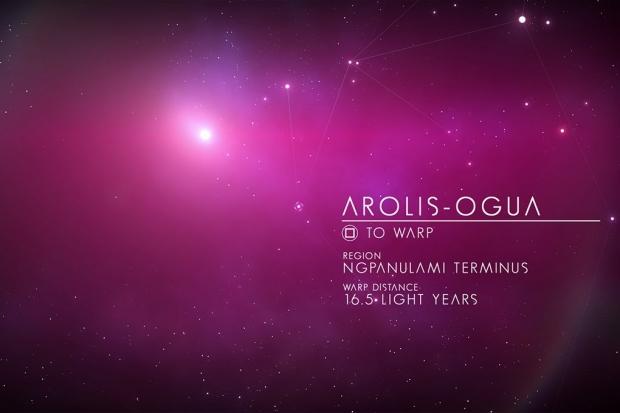 "Reaching the center takes hundreds of hours of gameplay if a player did nothing else."

Back in March, Hello Games' Sean Murray told Gamespot that it'd take gamers "hundreds of hours of gameplay" to reach the center of the universe.

"As you upgrade your ship and upgrade your suit and your weapons and stuff, you can travel much further, much easier, and you can take shortcuts as well. Suddenly that galactic map seems less daunting, but it's still a really significant challenge," he said. That certainly clashes with the 30-40 hours it took daymeeuhn, doesn't it?

Here's how daymeeuhn reached the center so quick, and how the design "flaws" helped his progress:

"You can fly for as long as you like in a star system, but to make jumps between systems you'll need hyperdrive fuel, which you can buy from space stations or mine from planet surfaces"

These readily available resources called Atlus Stones that can be sold for an insane amount (275K credits/currency). The trick is that Atlus Stones aren't readily available at the start of the game and are only unlocked in a specific spot, but once you reach this spot, you won't have any trouble getting them.

So gamers just have to grind these Atlus Stones, which are "rare" but still quite common, and rack up an insane amount of currency which is then converted to Warp Fuel.

With this method players don't even have to set foot on a planet to grind materials, thus removing the most time-consuming element to reaching the center of the universe. Honestly the heavily grindy mechanics have me concerned. Hello Games hasn't even gotten the travel mechanics down pat, so I'm hoping that the grindy elements aren't there for the sake of grinding and that there's an actual point to it all. 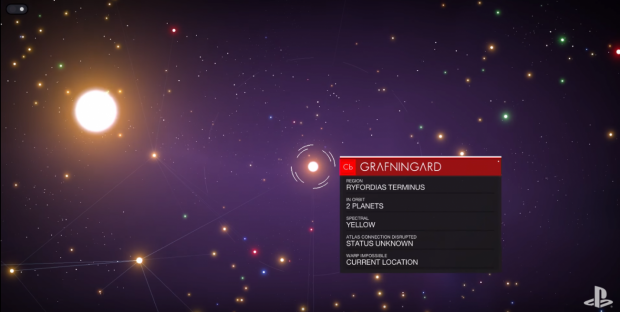 "Okay, let me explain this as simply as I can. Atlas Stones are one of the green trade items you can loot to sell to the galactic market. Every time you go to a certain place (pretty easy to find) you get one. They sell for a TON of units. I'm talking like ten times more than anything in the game. And they're dirt simple and free to get.

"It's completely trivialized units (currency) for me. And at the same location are TWO free Warp Fuels. So you can just immediately bone out to the next system, find the next spot with these free things, rinse repeat. I dunno why they chose to do this, but it seems really weird."

"The free Fuel doesn't bother me nearly as much as the units gained by the Stones. The pacing was going okay until I ran in to the [Atlus Stones] and then it just skewed everything for me. Here, I'll give you hard numbers - I was selling stacks of rare resources for 20-30K. Uncommon ones maybe 5-10k. Atlas Stones sell for 275K..."

The Atlus Stones are very very easy to get, according to daymeeuhn: "[You're in] absolutely no danger at all to get them, requires zero effort, no enemies possible in sight, you could be eating a sandwich while you do it."

Daymeeuhn iterates that the Atlas Stones aren't glitches, exploits or bugs. They are a conscious decision on the developer's part, meaning Hello Games designed it like this. They'll likely be severely nerfed in a Day One update, but if you happen to somehow get an early copy, then you'll experience a very different version of No Man's Sky: 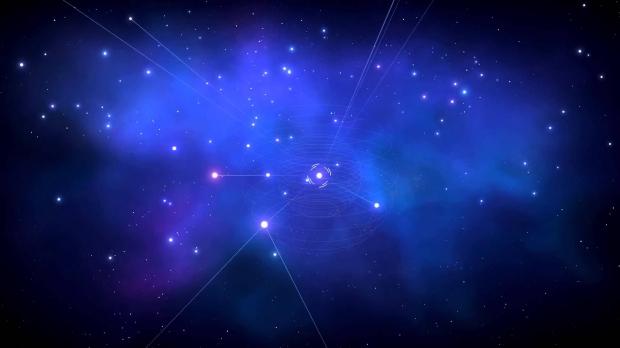 "The Atlas Stone thing is not an 'exploit.' I was careful to word this so as to not spoil some stuff surrounding it, but please stop insinuating as if I found some game breaking cheat/exploit and abused it. This is NOTHING of the sort. The location of the Stones/Fuel is VERY specific, it's a VERY important location / theme in the game, none of this is by chance and they clearly meant to make it special. I said I PERSONALLY disagree with the design choice, but it's there for now and it is what it is."

Honestly this is just the tip of the iceberg; Daymeeuhn has a metric ton of shared/leaked information about No Man's Sky, painting an entirely different picture of the indie space sim than what we expected. We'll do our best to sift through the most important tidbits of his notes, and you can check out a huge compendium of everything he's shared here.

However you feel about No Man's Sky, I urge you to wait until reviews are up before you buy it.