E3 2016 - In less than an hour Bethesda's E3 presser kicks off, and we're expecting some pretty big reveals and teases from the studio this time around.

As we highlighted in our giant E3 2016 compendium guide, we expect to see some interesting things at Bethesda's press conference. Wolfenstein 2, Prey 2 and The Evil Within 2 have been rumored, as well as the Skyrim Definitive Edition remaster on PS4 and Xbox One with full mod support.

And let's not forget Quake. How could we? That's right, id could take the stage and show off the next Quake game, or at the very least announce or tease it. Other notables include more Dishonored 2 gameplay footage and details, and possibly new Fallout 4 and DOOM DLC. Don't expect to see The Elder Scrolls VI revealed any time soon.

You can also tune into the Bethesda press conference on YouTube. 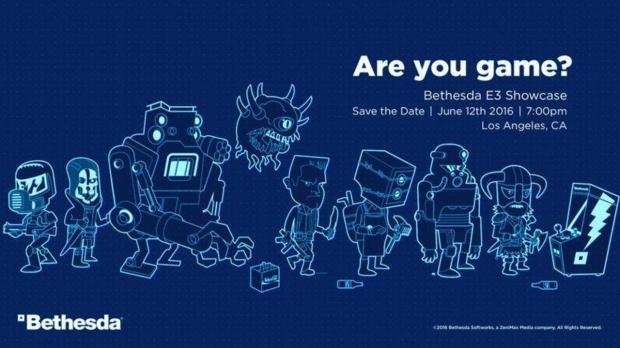