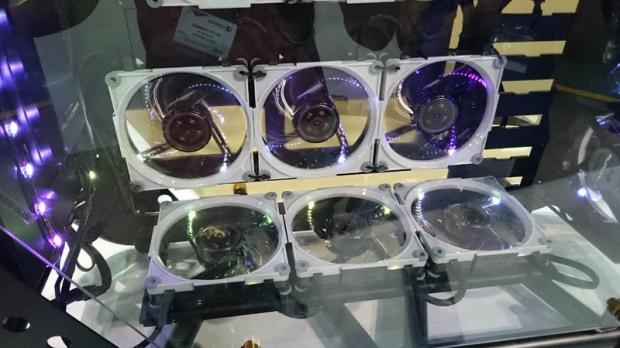 In Win's new 120mm RGB Aurora case fans are pretty special: the fans can be connected to one another to share power and speed controls. Each Aurora fan is equipped with two 6-pin connectors that slot into other Aurora fans, effectively making a daisy chain. What's more is that the power and speed of the entire Aurora fan array can be finely adjusted with a remote control, allowing users an incredibly easy and flexible cooling solution. Fans can also be individually tuned and tweaked with the remote, as well as toggling different RGB effects.

Pricing and availability for the Aurora fans have yet to be announced, but you can bet we'll watch out for these awesome spinners in the coming months. 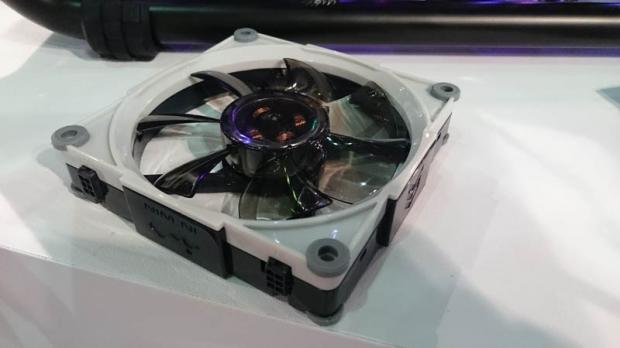 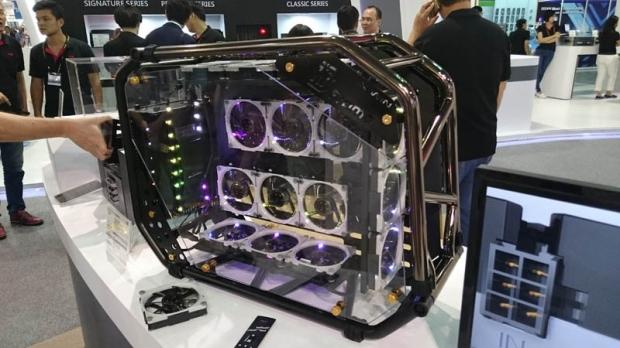 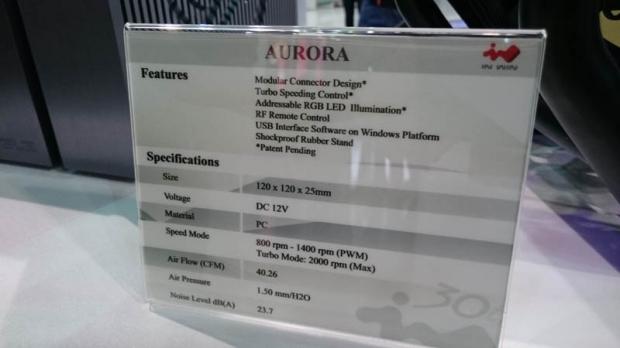