With thousands of gamers entering The Division beta, Ubisoft has taken to the official Twitter account of The Division, announcing that the beta has been extended until Tuesday, February 2 @ 12PM CET, or 6AM EST, or 3AM PST. 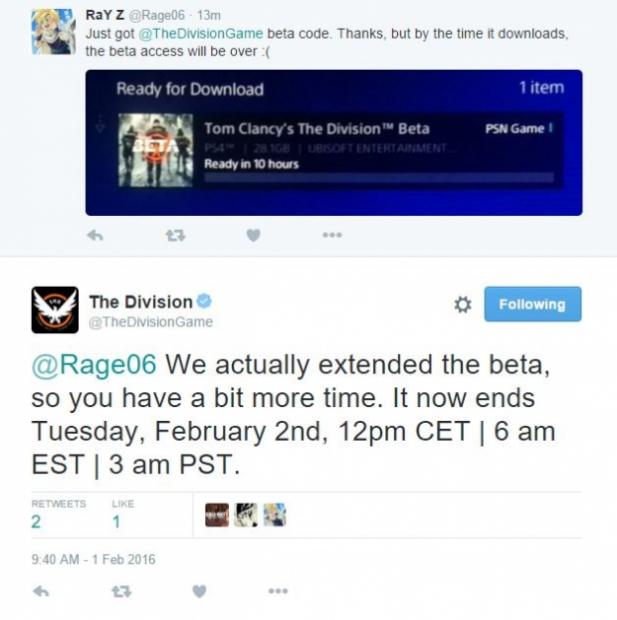 Ubisoft opened up The Division beta for the PS4 and PC last week, with those who pre-ordered getting access, and those who were lucky enough to score a key from somewhere else. NVIDIA released their new GeForce 361.75 drivers for both Rise of the Tomb Raider and The Division, while Jeff gave his thoughts after his first day in the post-apocalyptic New York setting in The Division.