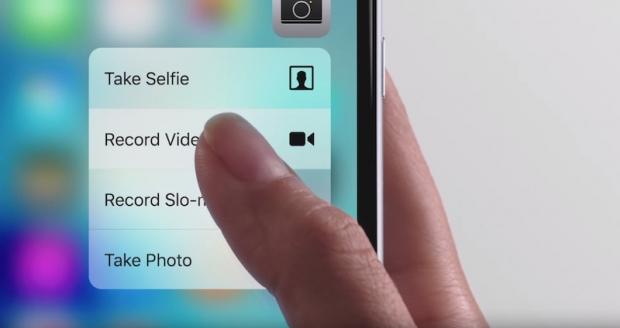 Although the iPhone 7 is expected to sport beefier specs like 3GB of onboard RAM and a new, upgraded A10 chipset, Kuo states that Apple's upcoming flagship phone won't make any dramatic improvements on the new 3D Touch technology. The iPhone 7's 3D Touch will reportedly use "similar technology and structure" as the existing iPhone 6S and 6S Plus phones, so users shouldn't expect any dramatic changes in that department.

Interestingly enough, a new reports that claims Apple has opened up a secret lab focused on developing new display tech. Although the lab is focused on creating "thinner, lighter, brighter, and more energy-efficient" LCD screens, this could mean that Apple is indeed working on a next-generation 3D touch display. The iPhone 7, however, is rumored to feature an OLED display.

3D Touch introduces a new three-dimension method of viewing on-screen content, and its pressure-sensitive haptic feedback lets users "peek" over at new messages without leaving the screen. Although Apple was the first to use 3D Touch, the tech will soon make its way over to Android phones, and is rumored to be a major feature of Samsung's new Galaxy S7 flagship.