We've just reported that AMD has launched its new Catalyst Omega driver suite, where we've written up an overview on the slew of new features and technologies it has unleashed, and a look at performance at 1080p, but what about Eyefinity? 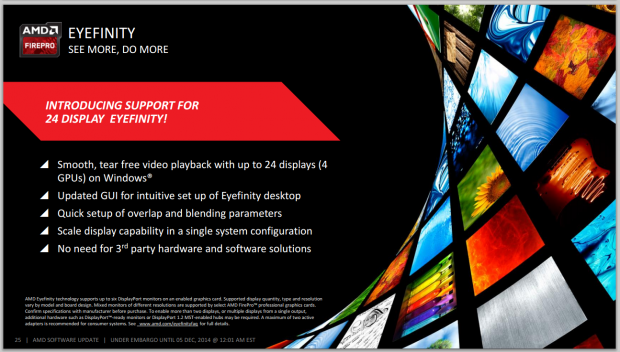 AMD increased the abilities of Eyefinity with the new drivers, which now allow 24 monitors to be supported on Windows. You don't need any third-party software, or hardware, with the company providing a new GUI for setting up your new 24 monitor Eyefinity rig. You'll need four Radeon GPUs with six DisplayPort outputs per card, but it can be done.