Today DICE released an official response to all of the complaints it has been receiving about issues revolving around Battlefield 4's "netcode." While the term netcode is made up by the community, the issues in Battlefield 4 are quite real and very much a nuisance. For some players lag, rubber banding, and pre-mature deaths are causing the game to be unplayable and it all seems to revolve around network connection issues. 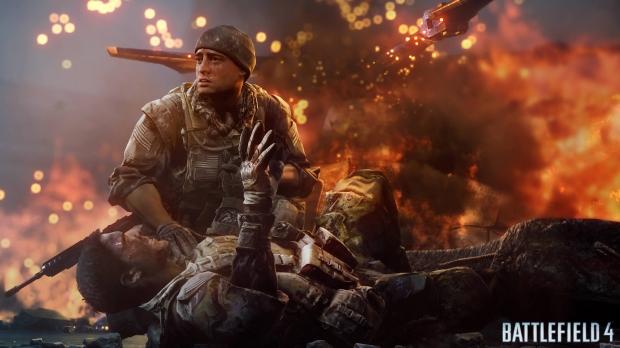 DICE says that it is currently working on problems ranging between faulty networking latency compensation, to glitches in the game-play simulation itself. Before DICE went into any of its fixes, it described how the game actually works. "The game receives updates from the game server and displays these to the player using a system called latency compensation - this system makes sure players move around naturally on your screen when network updates arrive. We have found and fixed several issues with latency compensation, and thereby decreased the impressions of "one hit kills" in the game."

DICE has also fixed issues that cause rubber banding in the form of server optimization and is planning several more client-side fixes to reduce packet loss in an upcoming patch. This patch will also fix the Kill Cam animation from popping up prematurely and causing players to think they died before their health was deplenished. Additionally fixes for damage not registering for some users as well as a rare glitch that catapults some players at high speeds across the map resulting in death will be fixed as well.

New trouble shooting icons have been added to the Battlefield 4 UI as well, these icons help lend insight into why their game is lagging, or becoming buggy. These icons appear at the top and bottom of the players HUD and help identify server lag and packet loss. DICE suggest that these issues are caused by poor connection between you and the server or from someone else in the home using excessive bandwidth, for example, watching a movie on Netflix.

"The first icon, seen at the top in the shape of a clock, indicates that your connection to the server is lagging. There can be several reasons for this. For example, it could mean that someone else is using your connection while you are playing, but it could also mean that there is a network problem that occurred somewhere between you and the server. The effect of such lag is that it will take a bit longer for you to see what is happening in the game world. If this icon is frequently blinking, you might want to try a different server or see if you can decrease the load on your Internet connection.

The second icon, at the bottom, shows four squares that indicate packet loss. When you see this icon, your connection to the server is experiencing lost packets, which means that information is failing to reach its destination, either when your game client sends it to the server or when the server sends the information to you. Please keep in mind that packets always get lost on the Internet and that you should not be alarmed if you're seeing this icon blinking once or twice. If you have a large amount of packet loss and see the icon often, you will probably experience game "hiccups" sometimes - action will stop for a moment, then speed ahead to catch up."