All NewsBusiness, Financial & LegalCases, Cooling & PSUContests & GiveawaysCPU, APU & ChipsetsDealsDisplays & ProjectorsGamingMotherboardsScience, Space, Health & RoboticsStorageVideo Cards & GPUsVirtual & Augmented Reality
All ReviewsAll ArticlesAudio, Sound & SpeakersCases, Cooling & PSUCPUs, Chipsets & SoCsComputer SystemsDisplays & ProjectorsGamingMotherboardsNetworkingPeripheralsRAMStorageVideo Cards & GPUs
GuidesGamingAsk the ExpertsNewsletterAboutPrivacyForums
AMD Zen 4Intel ArcBattlefield 2042RTX 3090 TiRTX 4090RTX 4080GTA 6Elon MuskHDMI 2.1
GIVEAWAY: TEAMGROUP T-Force VULCAN Z SATA III SLC 2TB SSD, two up for grabs!
Here we go again; another olympics, another video game and yet another media bash session. However, perhaps not. Eurocom are very experienced in Olympic video games, now having done the past Winter and Summer Olympic games and as such there is hope that this game could be good. Olympic video games usually boil down to mini-games of sports that people get interested in for two weeks before forgetting them for another four.

This is even more true for the Winter Olympics except for the die hards of Scandanavia and while that doesn't sound like a good game, the developers have tried hard this time and we have to applaud them for that. Vancouver 2010 may not necessarily be a top game, but it definitely pushes the Olympic genre in the right direction.

As you would expect, Vancouver 2010 allows you to take a number of athletes in a number of sports and try and win gold. However, the first real shock of the game occurs moments into it. There is no specific Olympic Games mode; instead, just a bunch of events to choose from which can be mixed up and randomised. However, as for a true opening to closing ceremony event, it doesn't exist. This is an interesting decision considering how key to the whole Olympic experience those two events are. 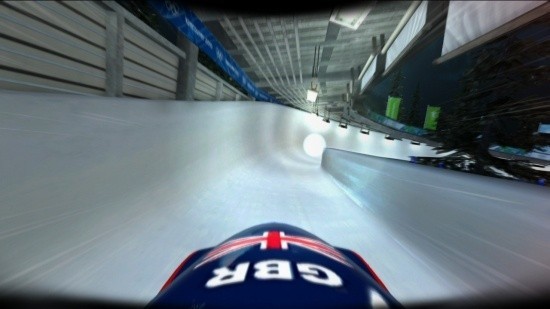 While we are on the topic of Olympic specific features, the medal presentations leave a lot to be desired as well. They consist of the athletes jumping up and down and the national anthem of the winning team/athlete. This is completely fine other than the fact there is no medals on the athletes whatsoever. It is clear with Vancouver 2010 the developer has focused on the game rather than the Olympic aesthetics and it makes a better game for it, despite the odd decisions.

Beijing 2008 veterans will be pleased to know that there is zero button mashing controls in this game. The developer instead decided to listen to the feedback from Beijing and come up with a complete new system. In fact, some of the systems are so natural it can give the illusion of complete, direct control over the athlete. For example, the speed skating controls consist of pressing the button exactly as the foot hits the ice on screen to build speed. In the past that would have been button mashing, so a nice change. That's not to say some of the control systems aren't the usual Olympic style silliness we are accustomed to, but at least we won't destroy our hands with RSI. 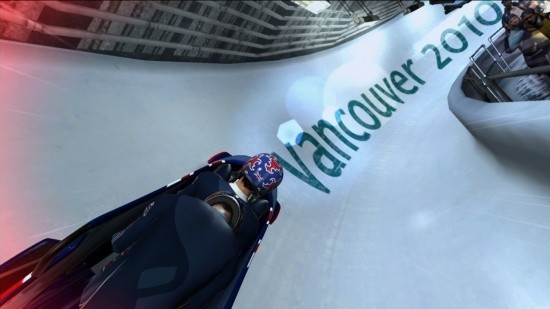 The box proudly boasts four venues which to us didn't seem much at first, but then we discovered the actual entire Winter Olympics will be conducted over only four venues. The sports included range from the obvious downhill skiing through to the crazy skeleton racing for the first time. That sport has the athlete hurtling down an ice race track head first. The best way to describe it is the luge, but backwards. Other sports include Ski Jumping, Slalom, Bobsleigh, Luge amongst others. The usual suspects are all here.

An interesting addition this time around is first person athlete mode. In this mode the game not only becomes a complete mess control wise, but also brings home the level of fear that some of these athletes face. Hurtling down the mountain in first person mode is enough to make you want to throw up. Vancouver 2010 also has a challenge mode which gives some resemblance of replayability setting goals of beating times and scores in each sport to progress to the near impossible final mountain of challenges. 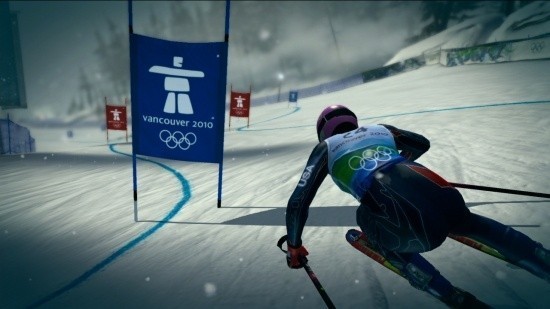 What perhaps is the biggest surprise with the game is the lack of some major olympic sports including ice skating. Ice skating is one of the most popular olympic sports and has been in video games in the past, so it's quite a surprise it's not included. And a 'pass the controller' mode is not included either with local multiplayer ending up split screen. It seems pointless because it could have been just as easy to have a ski run with player one and then a ski run with player two followed by comparing the times.

Online multiplayer is available as well; however, it doesn't go far enough to be interesting. Recently we have seen other publishers including EA that have interesting multiplayer components around major sporting events such as Euro 2008 where EA tracked how many players chose each country online and had ranking boards. This could be easily done in an olympic game, but instead we get a serviceable and admittedly working well multiplayer mode. 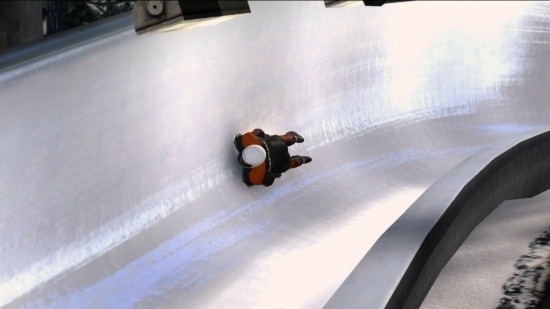 Vancouver 2010 is probably the best Olympic game ever made, but considering its company, that wasn't hard to achieve. It improves upon Beijing to be a fine game for the current generation, however, it suffers from what most Olympic games do; a bunch of sporting mini games without much depth that's best played with friends. The only problem is the developer exacerbated this issue by not having Olympic exclusive authenticity features such as the opening and closing ceremonies plus medals.