Synology has introduced several small form factor platforms over the last few years. The first unit I had personally was the DS416slim a few years back. With the 416 receiving its upgrade earlier in the year with the DS419slim, I was contacted shortly after that article with news of the DS620slim and today we look at it.

The DS620slim is almost the keychain version of the larger DS1618+. That said hardware is slightly different with the 620 offering an Intel Celeron J3355 operating at peaks of 2.5GHz. This system is paired with 2GB of DDR3L upgradable to 6GB via SO-DIMM. As you could have guessed the DS620slim is a six-bay appliance supporting 2.5" hard drives and SSDs with Z-Heights up to 12.5mm. Peak capacity is rated at 30TB using 5TB 5400RPM Barracuda drives from Seagate.

Connectivity is offered via two 1GBe ports and two USB 3.0 ports. MSRP of the Synology DS620slim comes in at $449.99 with a two-year warranty. 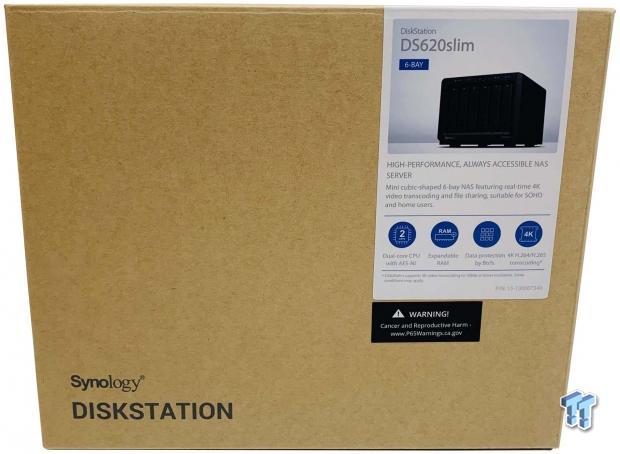 Packaging offers a stick at the top right with model information, including bay count and hardware specs. 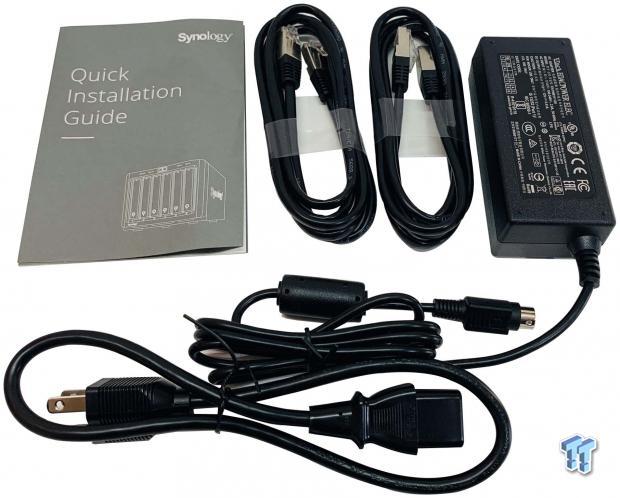 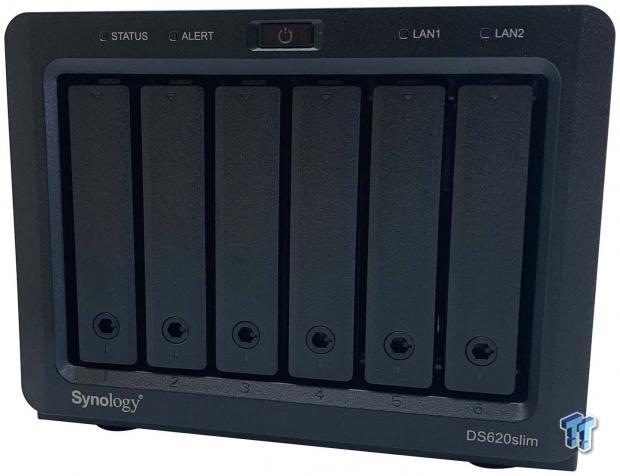 As you would expect the DS620slim is just a smaller version of the larger 6 bay desktop models. At the top, we have LEDs for status and LAN while the power button sits in the center. 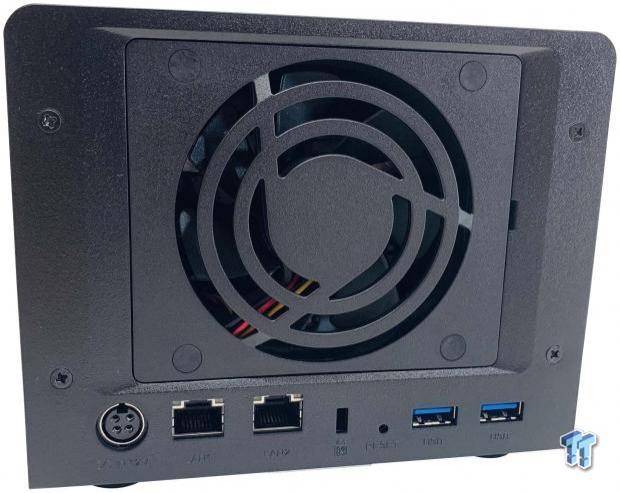 On the backside, we have a proprietary power connection followed by the gigabit LAN ports, Kensington lock slot and reset. To the right, we finish things out with two USB 3.0 ports. 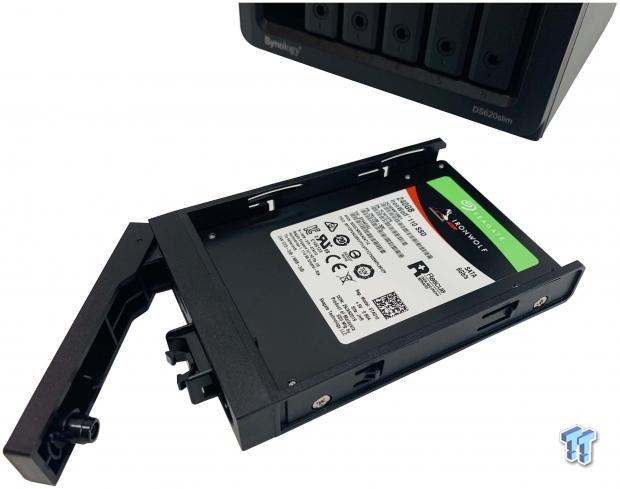 Once again, we thank Seagate for sending IronWolf 110 SSDs for testing. 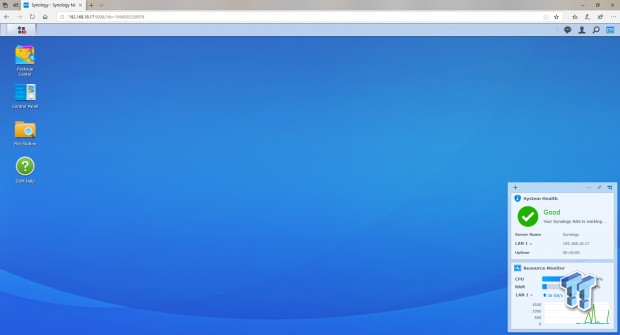 The user interface of the DS620slim doesn't differ at all really from past appliances we have looked at. Being an Intel platform, you get access to all of the software, apps, and functionality of the larger NAS units. 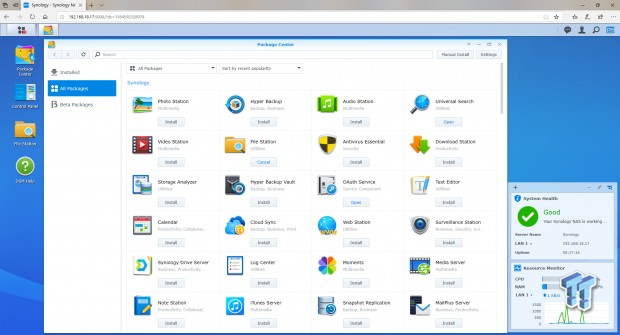 Package center offers a large array of solutions for your needs. 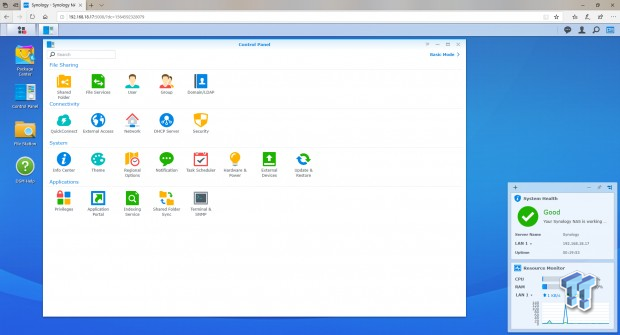 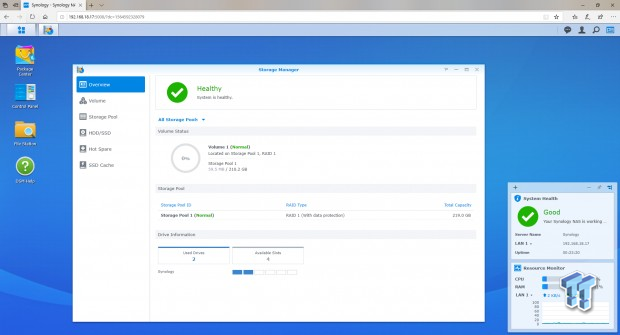 Storage Manager offers the ability to setup pools, volumes, and hot spare along with SSD cache. 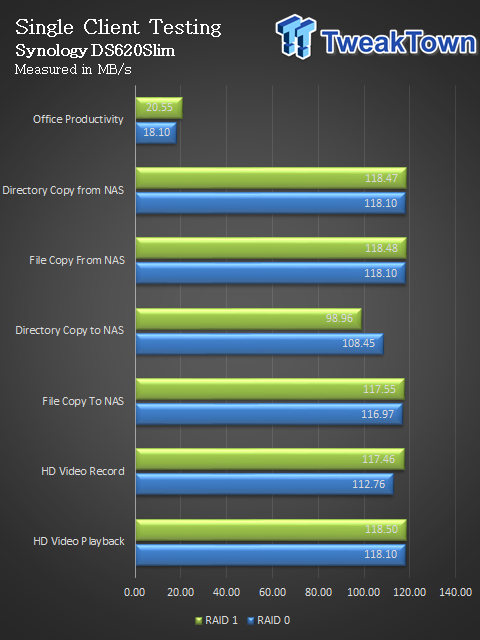 For the DS620slim, I decided to keep it simple without losing any testing that I usually would do. That said we are comparing RAID modes within the same NAS rather than adding additional units to the results. With Single Client testing, we saw the IronWolf SSDs really maximize the performance of the connection. In most workloads, we saw between 112 and 118 MB/s with Office Productivity really having its own scale being a mixed workload. 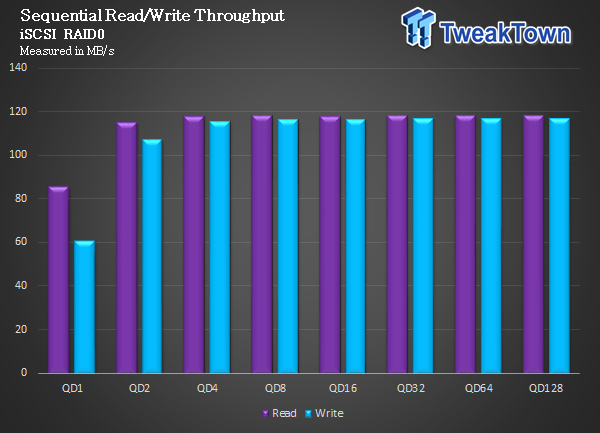 Sequential read/write for RAID 0 was completely maxed out at 118 MB/s from QD2 through 128. 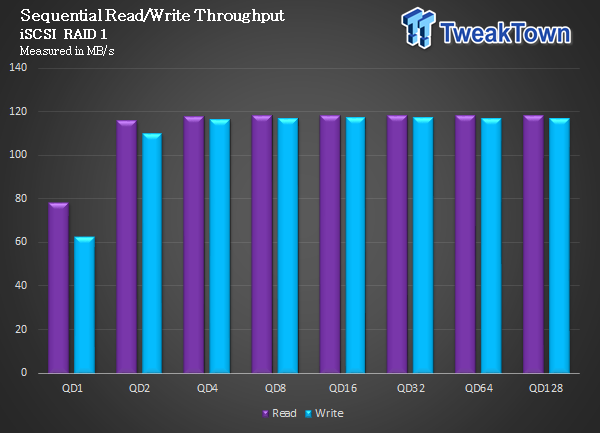 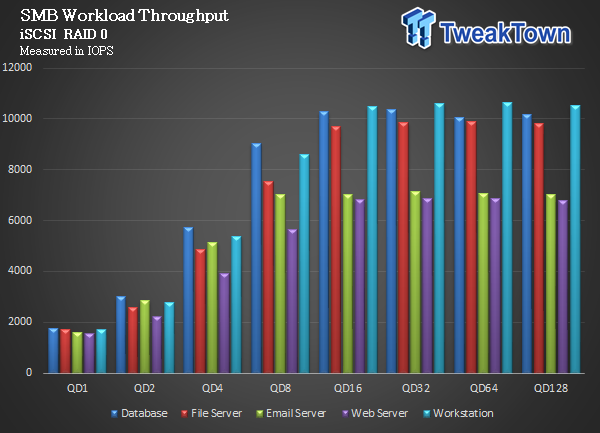 Workload throughput we're able to break things up a bit. In RAID 0 QD1 and QD2 we have all workloads relatively close together just under 2000 IOPS. Moving into QD4 Database begins to take off while Web Server stays behind. This intensifies through QD8 and QD16 with Web Server reaching its peak IOPs at 7000, right with Email Server. Database continues on with Workstation and File Server through QD128; performance topping out at 10K IOPS for Database, 9800 IOPS for File Server and 10.2K for Workstation. 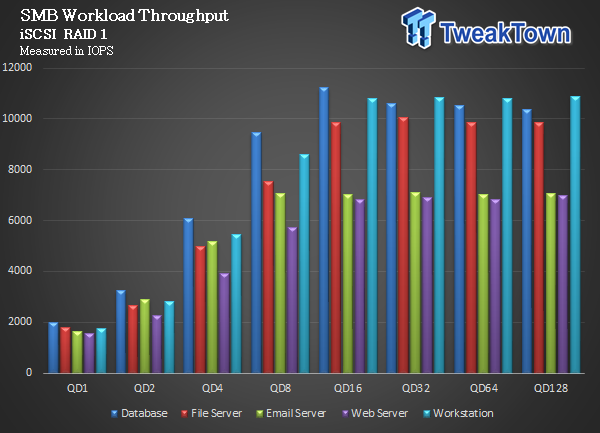 RAID 1 showed almost a mirror image of the RAID 0 results with a slight bump to Database up to 11.2K IOPS and Workstation at 11K IOPS.

Small Form Factor NAS appliances that take advantage of the 2.5" form factor offers amazing benefits in both power and space savings. That being said, the DS620slim and others have a rough place in the market due to outside innovation and the fact the 2.5" hard drive hasn't had any major improvements in the last five years.

To this point, Seagate offers no NAS specific hard drives for the 2.5" market and only recently released the IronWolf 110 SSDs. WD has the Red 2.5," but peak capacity is 1TB. Yes, you can run the entire Barracuda lineup from Seagate in this NAS, and its really the only practical way to do so, especially if you want a decent amount of capacity without breaking the bank.

Performance, as seen in testing, was on par with pretty much any hardware comparable solution on the market. Thanks to our Ironwolf 110 SSDs, we were seeing 118 MB/s across the board in single client testing and looking at sequential read and write that same performance was able to translate over. Workload testing only proved the limits of gigabit ethernet with the DS620slim.

Overall, your more than likely going to choose a NAS based on its ecosystem than any other feature and if you are in the market for a Synology unit, the DS620slim is a solid option for those that want a small footprint NAS, that offers equal performance and features to the larger desktop solutions. My only gripe is the lack of Multi-Gig support as that could take this solution to a new level.

The DS620slim is easily one of the best SFF NAS platforms on the market.