Orbi Pro Ceiling might be one of the most anticipated solutions to come from Netgears business lineup this year.
Buy at Amazon

Orbi Pro is one of the only business targeted mesh platforms on the market and in order for this platform to expand, Netgear needed to push hardware that wasn't so intrusive for customers that needed wall and ceiling mount options, enter Orbi Pro Ceiling.

Taking on the low profile and sleek appearance of some sort of starship, Orbi Pro ceiling essentially packs all the hardware of a standard Pro add-on satellite into a horizontal form factor. This includes a Qualcomm base design with an IPQ4019 offering 400Mbps on the 2.4GHz and 867Mbps on the 5GHz band. The connection between nodes is pushed through a 4x4 radio operating at 1733Mbps. This unit has two LAN ports and does support ethernet backhaul if your building is wired for it along with 256QAM and MU-MIMO.

The Orbi Pro Ceiling does require an Orbi Pro Router to function and can be added to the Netgear Insight platform for management. MSRP hits $299.99 with a one-year warranty. 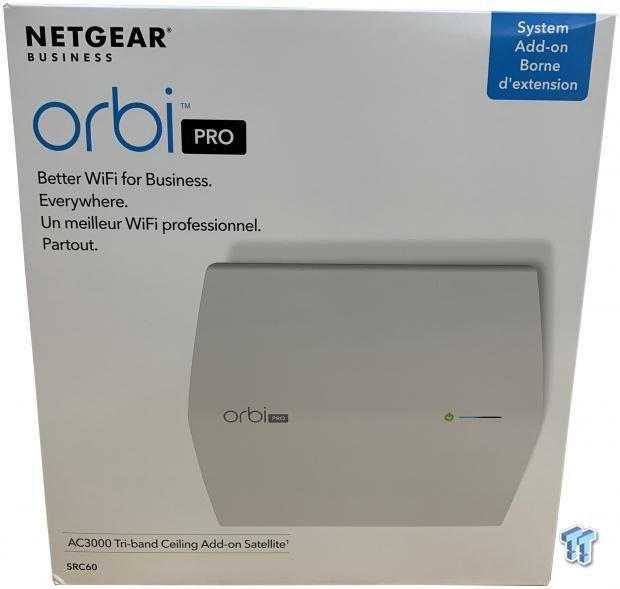 We have just a few images below of the Orbi Pro Ceiling. First is the packaging following what we saw with the Orbi Pro earlier in the year. Image of the satellite in the center with near no marketing surrounding. 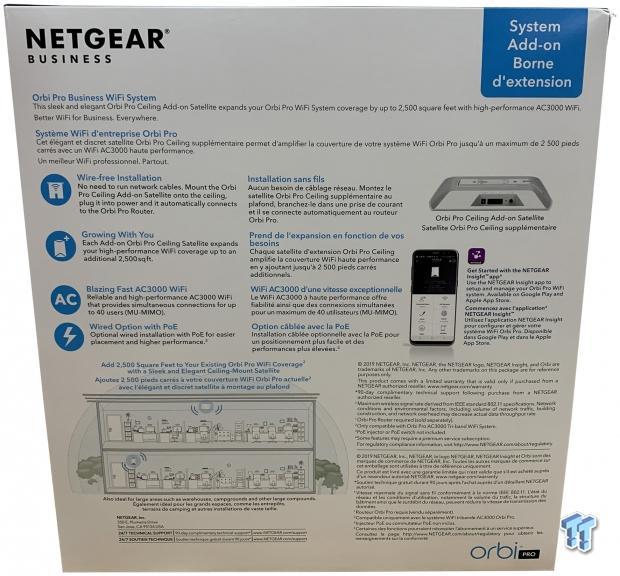 The back does take up the slack with features and specifications. 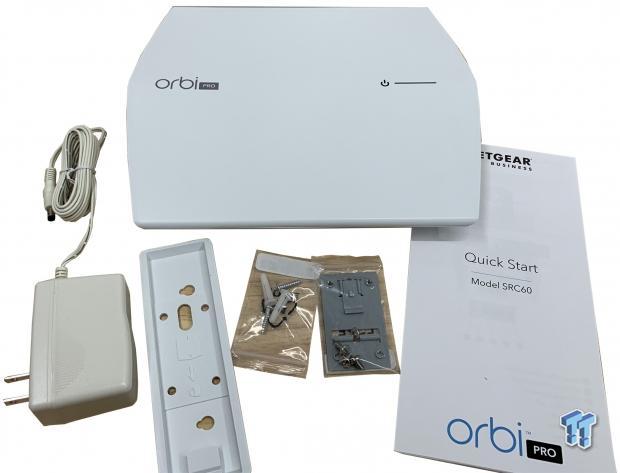 Included with the Ceiling, we have mounting hardware, power adapter, and reading materials.

Orbi Ceiling includes only two ethernet ports whereas past units have offered four. 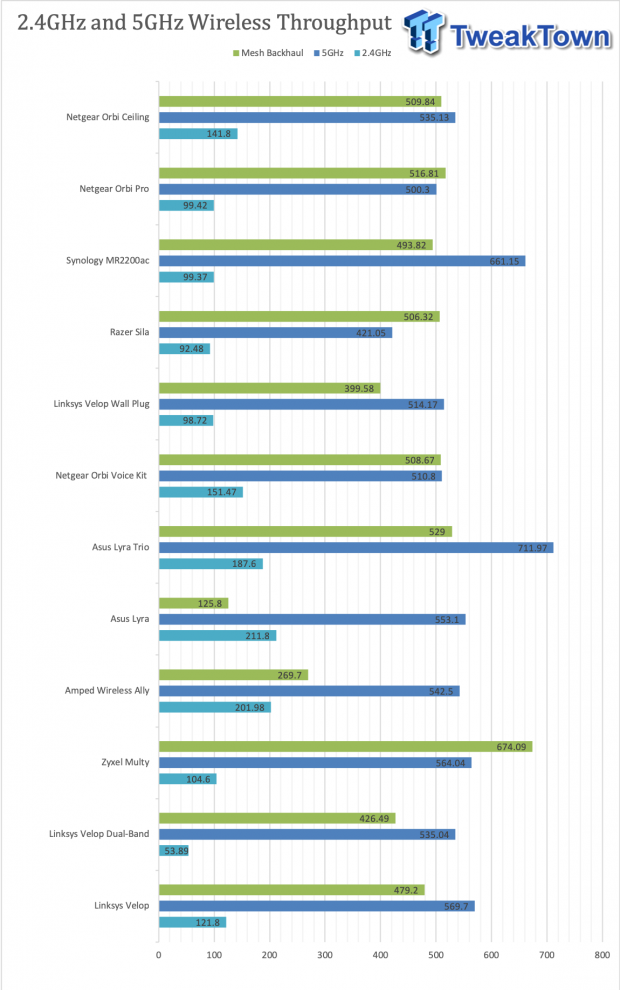 So as far as performance is concerned, this unit, in theory, should reach the same potential as the SRS60. That said we did pit them against each other as the top two units in our chart above. As you can see Orbi Pro Ceiling was quicker in 2.4GHz testing by 50Mbps and 35Mbps in 5GHZ testing. As for backhaul, both units performed very similarly with the Ceiling bringing 509Mbps and the SRS60, 516Mbps.

For the SRC60 or Orbi Pro Ceiling, it's not about being better than any other solution on the market, it's about adding functionality where existing platforms couldn't reach, and with its horizontal design, this solution certainly delivers. On the flip side, this unit is still quite large especially if you compare it to a WAC510 or any wall mount unit from a competitor.

That said, build quality of the plastics is fantastic and feel put together quite well. The ports that are needed are available, and the ability to use the 4x4 radio for backhaul is fantastic for a small business where you may not want to run all the infrastructure a wired system needs.

The performance was on par with its brother SRS60 satellite reaching 140Mbps on 2.4GHz and 530Mbps with 5GHz. Backhaul worked without issue and at the 20 ft distance we tested at reached 510MBps.

Orbi Pro Ceiling might be one of the most anticipated solutions to come from Netgears business lineup this year.