ASUS sets the bar when it comes to consumer network adapters. They are quite often the first to release the latest technology in their adapters, and that's part of the reason I tend to use them for my router testing. In the past, we have tested nearly every AC adapter that ASUS has launched to market and today I continue that trend with the USB-AC53 Nano.

It's hard to believe when I started working at TweakTown, wireless AC was just taking off. I jumped at the chance to take on our networking reviews, and since then I have tested hundreds of routers and adapters. One of the first adapters I tested after coming to TweakTown was the USB-AC56 from ASUS. In the five years I have been here, technology has advanced so much that what was once a 290mm adapter with an external antenna is now a 20mm Nano device with the same level of technology.

The USB-AC53 Nano features USB 2.0 connectivity and on the wireless side 300 Mbps capabilities on the 2.4GHz band and 867 Mbps on the 5GHz band. It does support additional technologies such as MU-MIMO and wireless security including WEP, WPA, and WPA2. 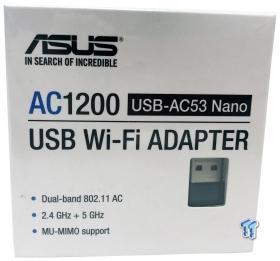 Packaging for the Nano is quite simple and follows what we have seen with previous adapters. On the right-hand side, you get a peek at the adapter while the left side carries features of the device. Front and center, we see the class of the device as AC1200 and the model number as well. 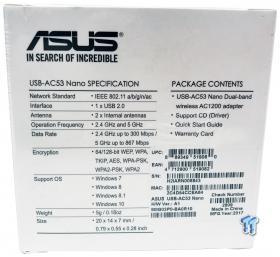 On the backside, we have a full specifications list and package contents listed to the right.

The scope of delivery gives us the driver CD and setup instructions. 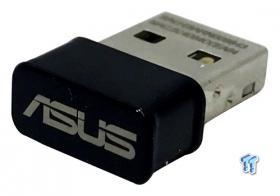 The adapter itself is very small; the top carries ASUS branding. 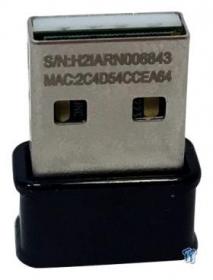 On the USB connection, you will find regulatory information etched into the metal; this side houses the serial number and MAC address. 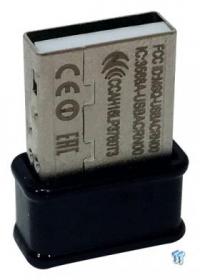 While the flip side houses the FCC IDs. 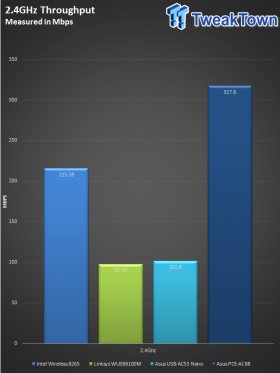 I tested the adapter against a few other I had in house at the time. The Intel 8265 is what is running internally in my Alienware 15. As far as 2.4GHz performance goes, the AC53 Nano was slightly faster than the 6100m from Linksys. It was a far bit off the AC88 from ASUS. 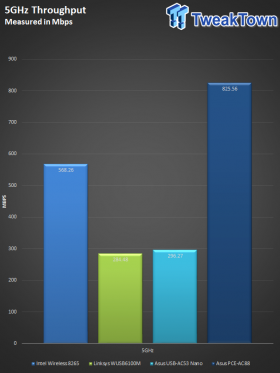 5GHz performance was similar; the 53 Nano brought in 296 Mbps, a touch over the Linksys and a bit behind the Intel and AC88.

The USB-AC53 Nano is quite a handy device and having used ASUS adapters almost exclusively over the last five years, I'm quite happy with the build quality. A few months back, I decided to retire the MacBook Pro and move into a Dell XPS, little did I know the default Killer 1535 was plagued with issues, so having the 53 Nano on hand was a life saver, and apart from the USB port it took, you can easily forget its even there.

Performance is average for wireless adapters; it's a bit slower than the Intel 8265 I use in the Alienware but faster than the larger 6100m from Linksys. In 2.4GHz testing, I reached a peak of 101 Mbps, and 5GHz topped 296 Mbps.

Overall, the ASUS USB-AC53 Nano is a solid device that's is worth having in your arsenal even if you use a wired connection. I say this because you never know when you will need to connect wirelessly to your network and with its MSRP sitting at $39.99, it's hard to ignore.

The Bottom Line: With its low and affordable MSRP, solid performance, and small form factor, I cannot recommend the ASUS USB-AC53 Nano enough. It's an overall win for ASUS with this one.