The Killer Wireless AC 1550 is hands down the best Wireless NIC available for enthusiasts and gamers that want tha absolute best performance possible from their connection.

The Killer brand has been in service for over a decade, going through several companies. Now that it has found a home at Rivet Networks a series of innovations has brought us to the latest iteration of their WNIC, the Killer 1550.

Rivet decided to go a different route with the Killer Wireless AC 1550, engaging in a partnership with Intel to harness the power of the latest Intel Wireless 9260 chipset. Adding in the speed, intelligence, and control that Killer offers, we now have what Rivet boasts as the world's fastest 2x2 11ac NIC. Diving into the hardware, 1550 is quite impressive with 160Mhz channel support on the 5GHz band allowing 1.73Gbps of throughput. Along with this, we have standard 867Mbps support via 80MHz on the 5GHz band and 300Mbps support on the 2.4GHz 40MHz band.

Further technologies include MU-MIMO and Beamforming support along with Bluetooth 5.0. and 1550 also has full support of Killer Technologies, Advanced Stream Detect, Lag and Latency Technology and KCC which includes Doubleshot Pro and Killer Xtend support. 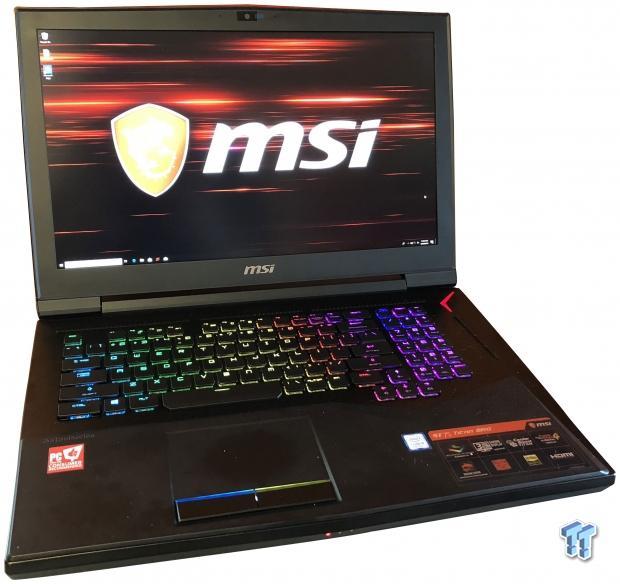 Before we move too far into this article, I do want to thank MSI for sending their amazing, GT75VR Titan Gaming Notebook over to test the capabilities of the Killer Wireless-AC 1550. 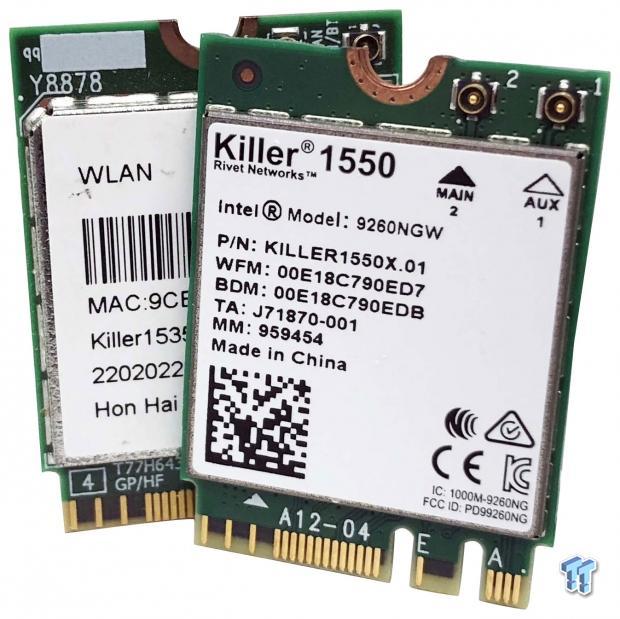 If you buy the Killer 1550 as an upgrade module you will receive the module only packed in an anti-static bag. For testing purposes, I pulled my Killer 1535 from storage. 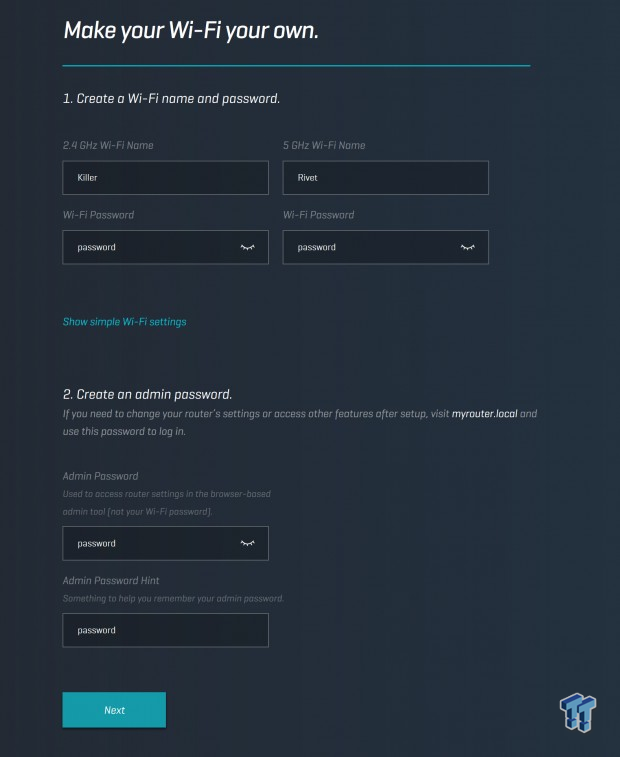 The router used for testing the Killer 1550 is the Linksys WRT32X. We use the Linksys solution for its support of 160MHz channels on the 5GHz band. As seen above we have setup the 2.4GHz and 5GHz bands with separate SSIDs for testing purposes.

A long-standing part of Killer Technology has been the Control Center. With the release of the 1550, we now have access to Killer Xtend, an exciting new technology that allows you to turn your gaming PC into a wireless extender for your network and of course Doubleshot Pro for optimizing network traffic. 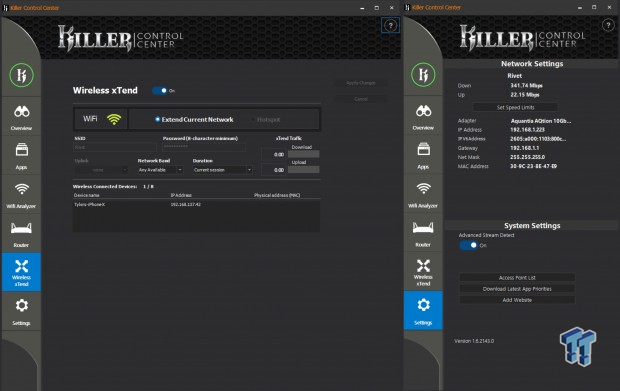 As mentioned above, Killer Xtend is a new technology being offered for systems powered by Killer products. This allows you to utilize your PC as an extension of your wireless network for eight devices. You can use the wired port on your machine as the backhaul after first connecting to the router wirelessly so it can learn your SSID and password.

The left image is our Killer 1535 and the right is the Killer 1550. In this set of testing, we ran both adapters through our throughput tests using the 2.4GHz band. As you can see the 1550 starts off around 93MBps similar to the 1535, it then locks in reaching peak performance at 160-170 Mbps.

This last throughput test is the 1550 alone in 5GHz 160Mhz mode. Using the Linksys WRT32X, we were able to reach 1010Mbps peak with an average of 914MBps real-world throughput.

Harnessing the power of the Intel 9260, the Killer Wireless AC 1550 paired with the LinksysWRT32X gives gamers legit gigabit wireless networking. In fact, I think if it weren't for the bottleneck of the wired gigabit ports, we would see even higher rates from the 1550. Build quality is perfectly fine, nothing over the top or corners cut with the small form factor m.2.

On top of this, we have new offerings in the control center most notably, Killer Xtend, which is a forward-thinking technology from Rivet that can aide gamers by allowing their PC to become an access point for gaming consoles, notebooks or smartphones. DoubleShot Pro which we have talked about in a previous article, allows the control center to use both your wired and wireless connections to better direct traffic.

With all of this said, is the Killer 1550 a worthy upgrade over the 1535 or 1435? If you have a modern 802.11ac router, or even better a router with 160MHz support, then yes. For those with standard 802.11ac routers, its likely you will see a bump in performance from the new chipset but it's around 100mbps at most, not noticeable in everyday activities. For those that want to be future proof, 802.11ax, the next generation of wireless technology due out around the holidays, will take full advantage of 160Mhz channels.

The Bottom Line: The Killer Wireless AC 1550 is hands down the best Wireless NIC available for enthusiasts and gamers that want tha absolute best performance possible from their connection.