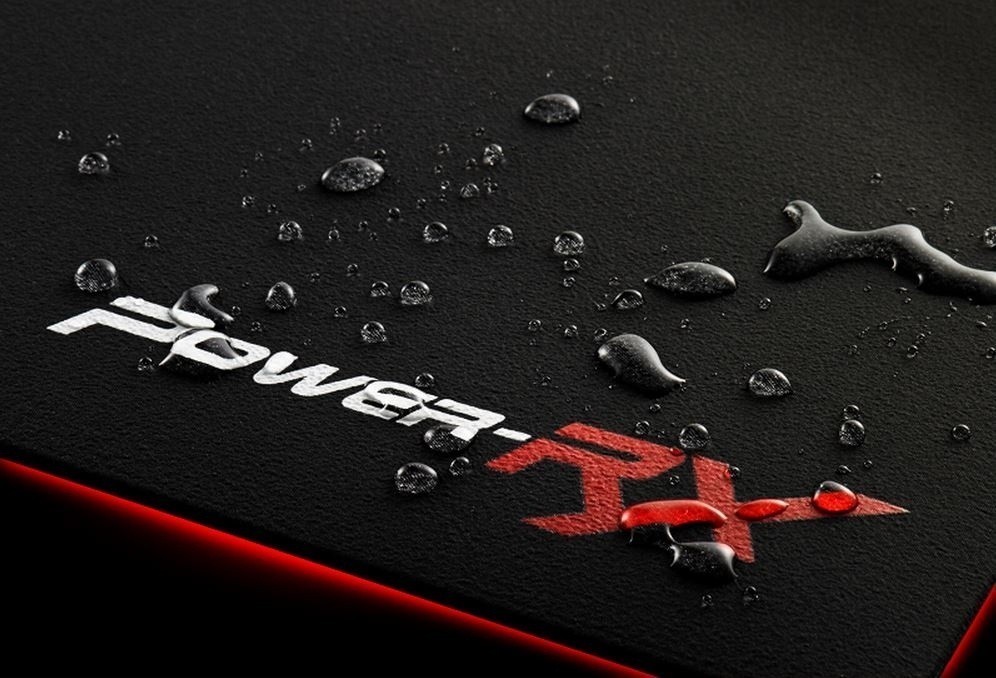 Most users will put tons of effort and thought into what mouse is chosen to input your commands into the PC while playing your favourite games, or in my case, editing images as well. In both instances, you desire accuracy and pin point precision, whether eliminating a hair from an image or while trying to go for your next head shot. While the sensor in the mouse will do most of the work for you, there is a definite need to pay attention to what sort of surface is under your mouse to give you the "complete package" to enjoying the full potential of any mouse.

Today Cooler Master has sent along its new market crushing design that will lead most users away from the basic foam backed, cloth topped mousing surfaces. In its latest development there are two major changes that will help users enjoy using their mice. These are the use of a silicon base material, and the fact that the cloth top layer has been submerged into a thin layer of a special compound. The silicon is there to give you not only a super thin profile, but it is one of the better anti-skid materials used on a mouse pad I have used so far. As for the top of the Power-RX we are going to be looking at, the cloth gives you a traditional look and feel, but it is also great to track on, and waterproof.

On the CM Storm page they lead into everything the Power-RX offers. They state that this high-end hybrid mouse pad is designed for hard-core gamers who demand more than just precision. The Power-RX offers the anti-slip base we discussed, but also keeps a low ergonomic profile to reduce wrist strain. So, along with looking at the ease of tracking, keeping the mouse pad in place, being waterproof, Cooler Master also wants you to enjoy your time with the Power-RX for as long as possible.

Where most mice come in a flat envelope or in the realm of CM Storms previous submissions, they used a thin square box to ship their pads. Not this time though, the Power-RX is shipped in a round tube with black and red theme showing soldiers in silhouette under the Power-RX naming on the front.

As you roll the tube around to the back side, you then are explained that this is a mouse pad, the Power-RX, and you also have a list of features that show what this silicon based mouse mat has to offer. 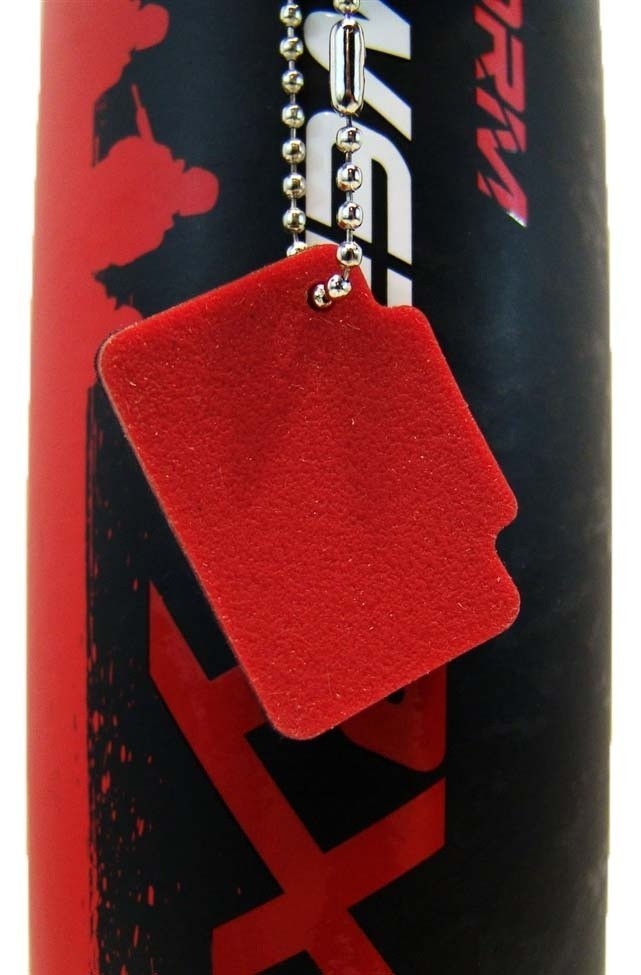 Since this isn't the typical construction of a mouse pad, a cut out in the tube isn't sufficient. Here Cooler Master took a chunk of a mat and adds it to a dog tag chain to allow users to feel the top and the bottom of the mouse pad to help persuade your buying choice. I can assure you there is no other pad on the market quite like the feel of the Power-RX. 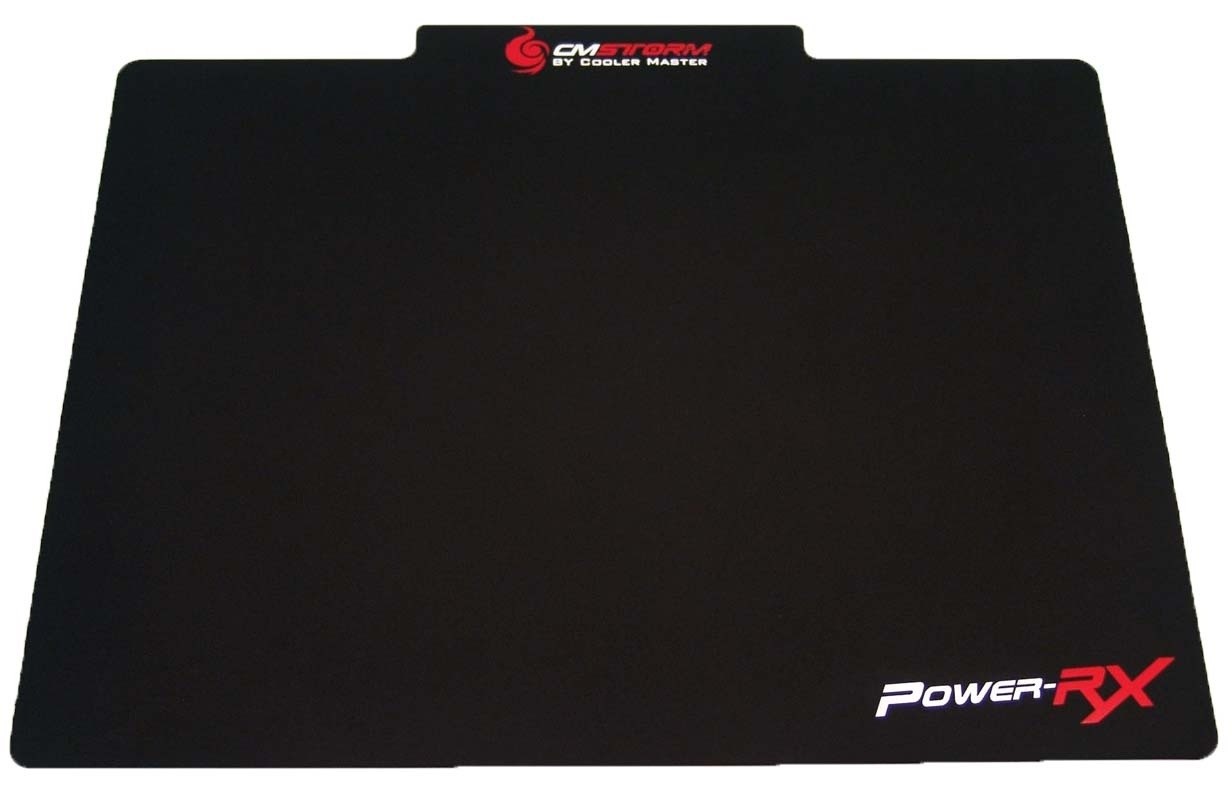 After popping off the metal end cap of the outer tube, you can just slide the rolled pad out of it and get right to using the Power-RX. Unlike most other pads, this one doesn't keep the rolled memory very long and will lie flat almost instantly. Just to give you some perspective of the size of the Power-RX, it is 45cm from left to right and 35cm from top to bottom excluding the extra strip at the top with the CM Storm name and logo on it. 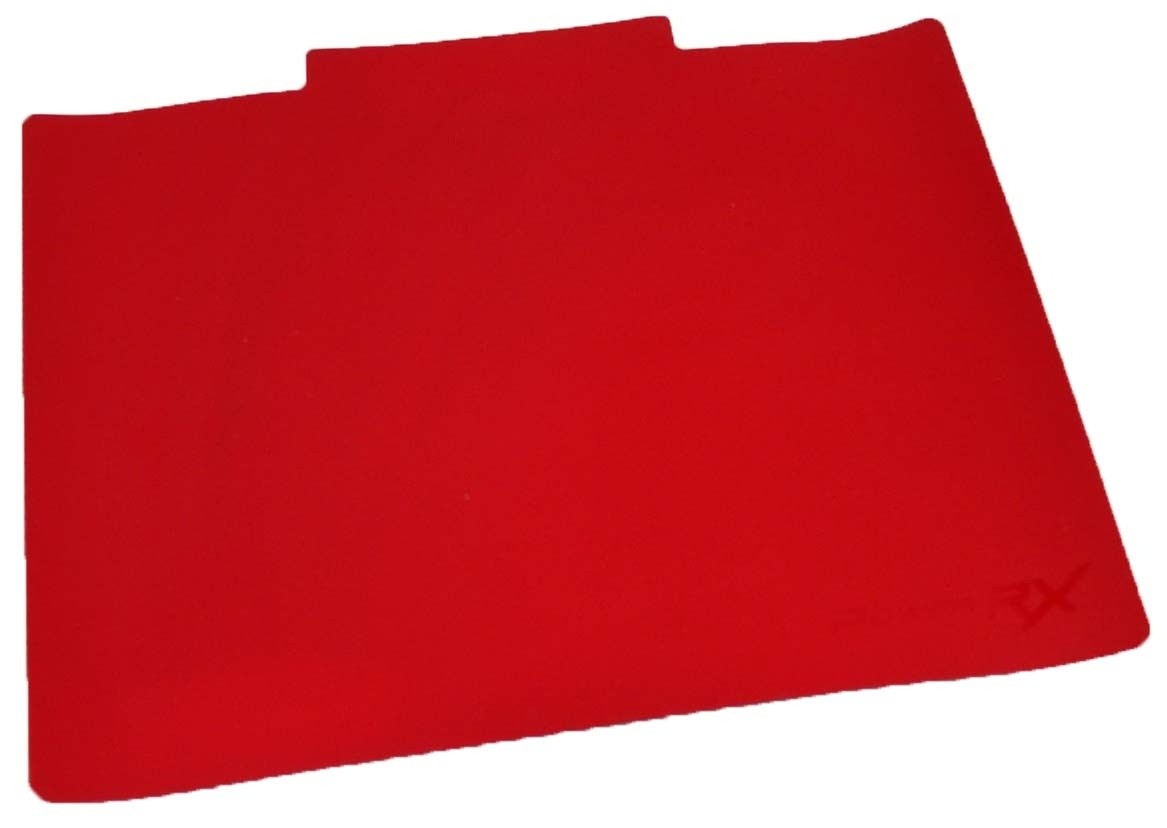 On the reverse of the pad you will find a very bright red silicon backing material. This not only has a textured surface to deliver the anti-slip feature of the Power-RX, but there is also a CM Storm name and logo pressed into it at the lower right corner of it. I know this is just for show, but this has to be the first pad I have seen that went beyond just texture on the back. Not that there is any reason for it to be there, but it does show that they had an eye on the details with every step of the Power-RX's design and production.

Getting much closer to the red silicon backing, you can see tiny irregularities in the silicon that will allow this pad to grip onto nearly any surface and not move around while trying to carry out missions in game, or even after a few hours of whatever you had planned to do, you won't need to be readjusting the mousing surface in game and getting yourself killed for your efforts. 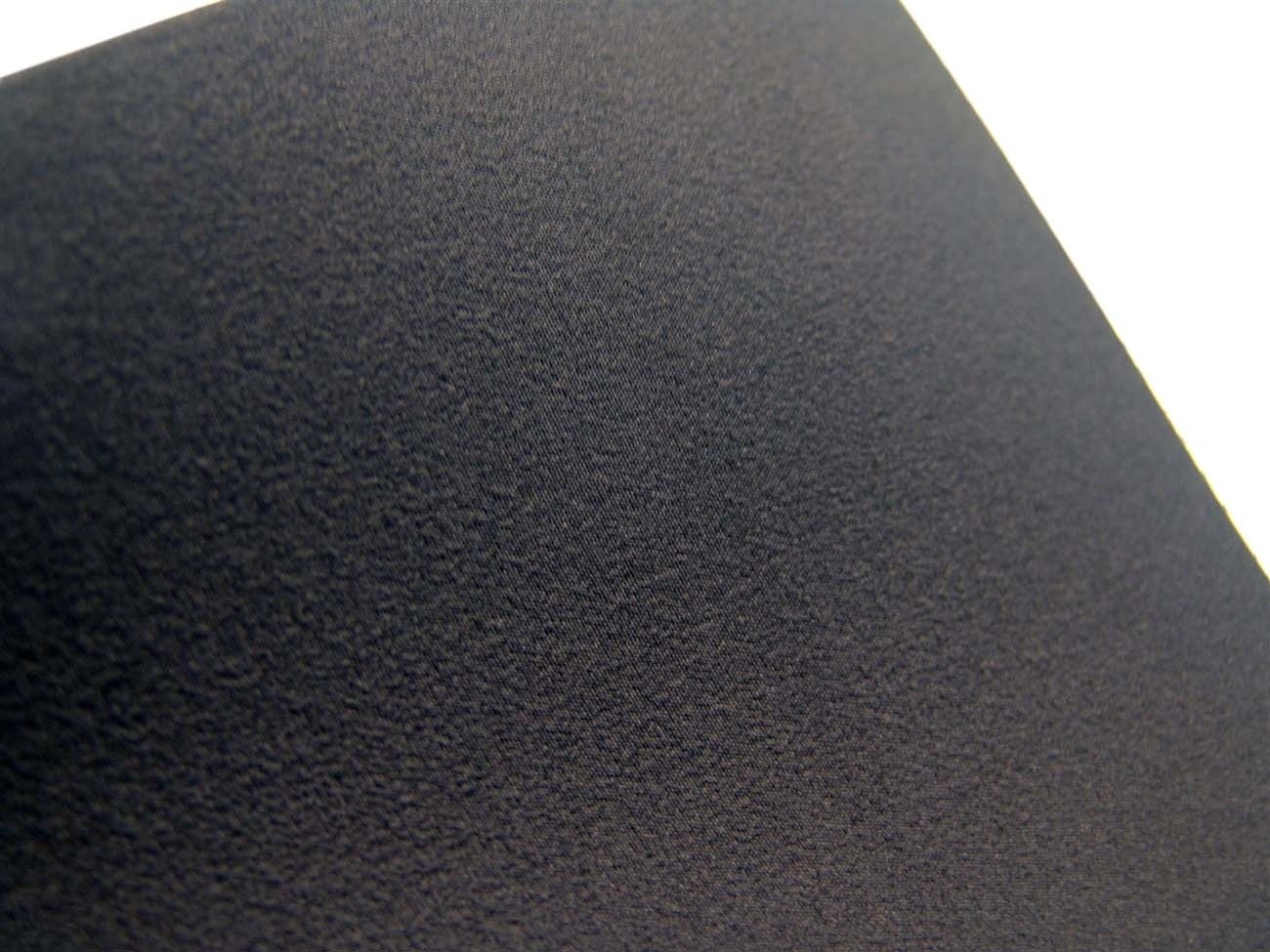 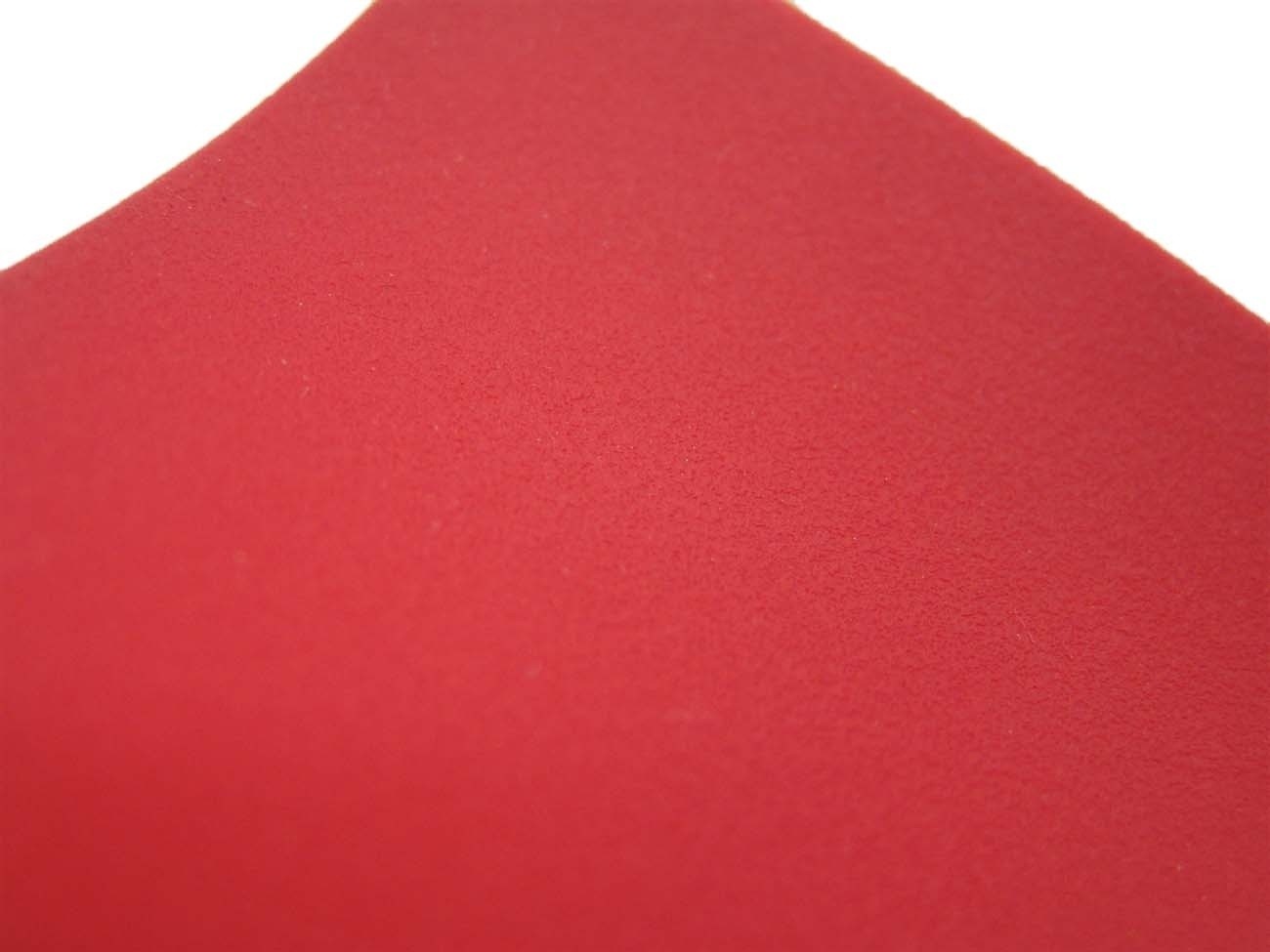 The top of the Power-RX is also a different bird than what we are accustomed to. Where typically you would be looking at an even pattern of the cloth top applied to the foam backing, here it isn't the case. The Power-RX does use cloth on the top, but it is submerged in a layer of rubber to accomplish a few things. Not only does it reduce the drag on the mouse, it makes the pad waterproof, and it keeps your cabling from rolling the cloth edges of the pad. 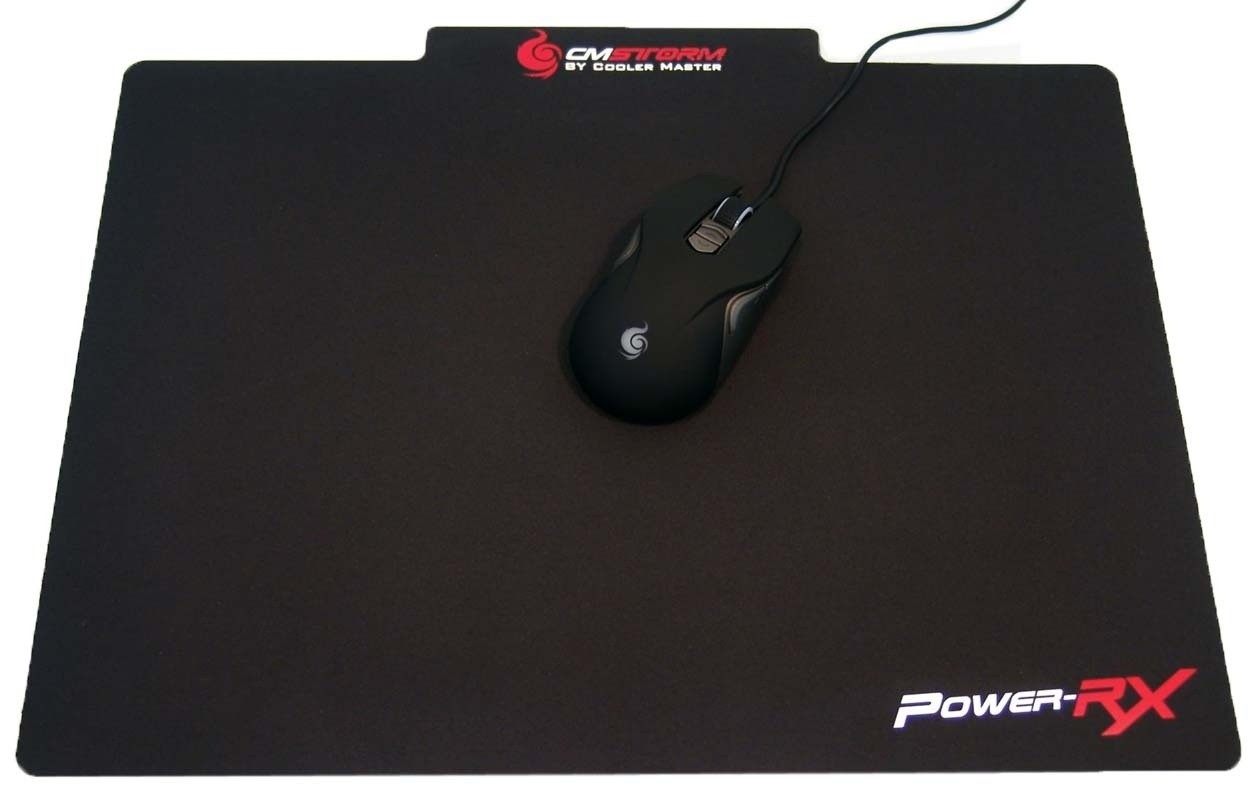 Just in case, when I rattled off the size of the mat earlier, if you still couldn't wrap your head around its large size, I added the CM Storm Recon to help press this point to you. The size of this will allow most users the ability to move in most games without having to lift the mouse, and with the Recon, it matches so well to the logo's on the mat, and once I powered the Recon for testing, the red LED under the logo of the mouse made it a perfect package deal in the aesthetics category.

As I write this, I have had the Power-RX on my desk for a couple of weeks. In that time, I also tried out the pad on various surfaces. I used Formica, glass, particle board, real wood, even on top of my Modder's Mat, and there really wasn't a surface in my house that I couldn't get the Power-RX to stay right where I put it. While out of the box, there is a slightly oily feel to the silicon base, that doesn't affect its grip. The only time I was able to get the Power-RX to move was when it was on top of another CM Storm mouse pad, and really, why would anyone use stacked mouse pads?

The top of the pad has its plus sides as well. Even just the feel of the submerged cloth tells you something new is going on here. At first glance it all looks normal, but there is that slightly oily feel to the top as well. This surface treatment allows the sensor to track very well, and I didn't experience any jitter or LOD issues with the Recon or the Level10M I used on it. With a textured top, not unlike the bottom, it leaves less for the mouse to have to rest on, and degreasing the amount of drag against the feet on the mice can easily be felt right away. The last thing the submerged top of the Power-RX offers is that when an accident with a beverage happens and we all know it will at some point, the top of this mat is waterproof. Any spills that may occur no need to worry and rush about the house looking for towels, just calmly find something to clean it with, as it will be sitting on the pad in globules until you make it back. There is no way that the liquid can soak in.

While I don't see any of the Power-RX pads on the market yet, I have to assume they will fill shelves very soon. The one thing that may turn some buyers off from the Power-RX is the initial price of $24.99 where Cooler Master has set the MSRP. I will tell you though; it is worth every penny of that price. Think about it this way, if you spilled something gross on a cloth and foam pad, you have no real way to remove the liquid from the pad without fully washing it. In that process you could not only fray the edges of the cloth mat, but you could also disturb the glue in the middle and separate bits of the cloth in the main area of the mousing surface. So now the $10 or $15 mouse pad is ruined and you are soon off to the shop to get another. With the Power-RX it is a onetime purchase, and as long as you don't physically cut this mouse pad, I can see it lasting literally for a decade or so before you would even need to ponder a replacement.

In every way Cooler Master and CM Storm paid attention to every finite detail of a mouse pad, and it paid off big. The Power-RX is super thin to keep your wrist level and more comfortable over the long haul, and even being so thin, the top edge is rolled down and sealed so that the cable won't destroy the edges. Using silicon as a base material seems so obvious now over the typical foam, and submerging the cloth used on the top in a thin layer of rubber is ingenious. Seeing the Power-RX in real life and getting to use one for a while now leads me to two conclusions. The first is that I bet we see many manufacturers stealing this idea, as it is just too good to pass over and not try to make money on. The second conclusion I can make from the Power-RX is that once you get one, you will never look back at the old pad or have any need to replace it for years to come, making the investment of near $25 almost irrelevant.