Introduction, The Packaging and Modules

While the kit we're looking at today doesn't carry with it the same kind of speed (this particular one is PC3-15000), it's a 6GB Triple Channel kit suited for the X58 platform which in all honesty is an area we've seen neglected by a lot of memory companies as of late. It's ultimately easier to make faster Dual Channel kits than it is Triple Channel ones, because you only need to get two modules to perform at that speed instead of three.

With speed being the name of the game for most companies, we have seen Triple Channel samples dry up lightly as companies concentrate on creating faster Dual Channel ones. Today, though, we're able to look at the Plus Series in Triple Channel form, a series that's already impressed us previously in Dual Channel form and while it might not carry the same speeds of some of the recent kits we've looked at like 2400MHz and 2500MHz DDR, it doesn't carry the same price tag associated with those speeds either.

So without any further ado, let's check out the package and the modules before we look at overclocking and the overall performance of the kit. 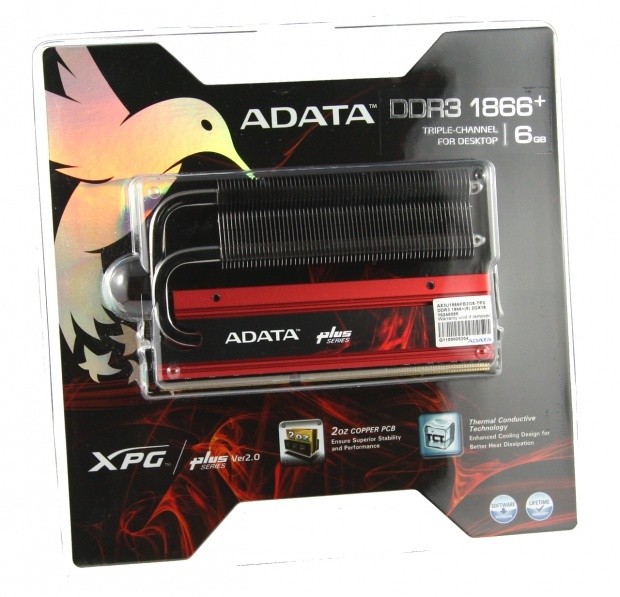 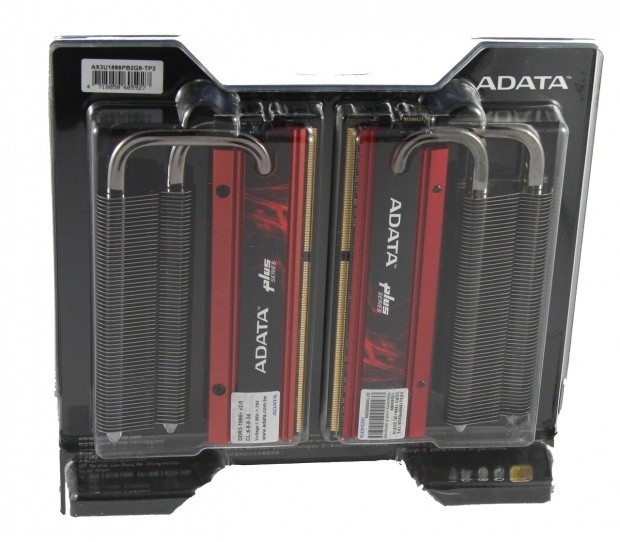 From the outside we're able to get a good look at the modules we're dealing with. The package is clear, displaying the speed of the kit and the size while showing us the hero of the kit which is that heatsink. Apart from the kit itself, there's not much else to look at when it comes to the package. 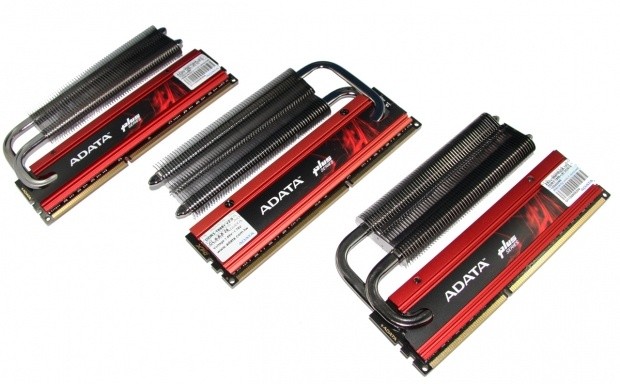 We're dealing with a 6GB Triple Channel kit today which is part of A-DATAs Plus Series. These are some really nice looking modules that feel of excellent quality. While the heatsink is large, it didn't cause any problems with our large Noctua cooler which is good. The heatsinks themselves aren't actually much wider than the module with heatsink attached. 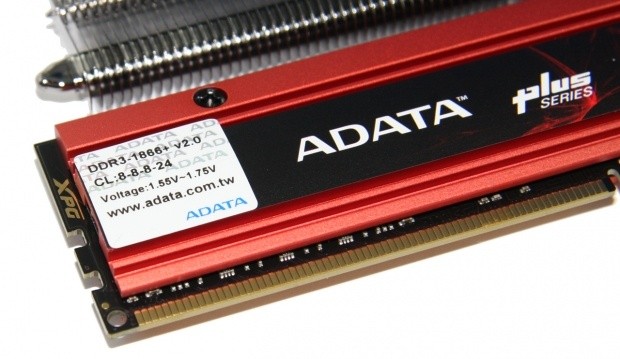 Each side is similar with a different sticker being shown. One gives us the barcode, serial number and all that other information while the other tells us the speed, timings, voltage and has the A-DATA website mentioned. We won't go into detail on all that here because we'll cover it in more detail on the next page. 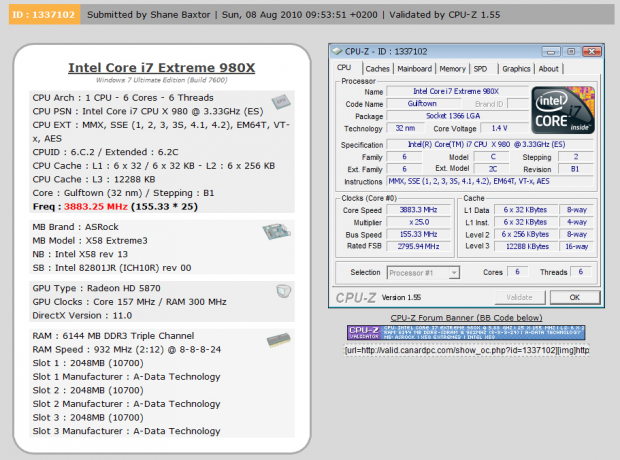 It came as no surprise that we didn't run into any problems getting those speeds considering our X58 ASRock testbed has seen speeds in excess of 2200MHz DDR. Once we knew that was all good, it was time to do some overclocking.

For that we leave our memory voltage at 1.65v and the timings at the same 8-8-8-24. We then start heading north on the BCLK and mucking around with our dividers. 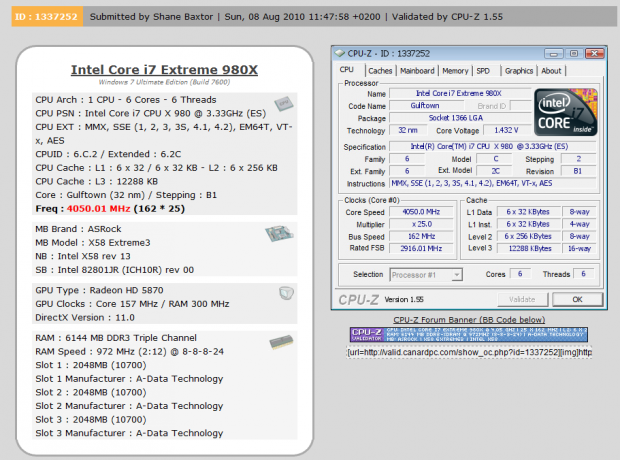 When it came to overclocking we ended up with 1944MHz DDR which is a nice little overclock from the stock 1866MHz DDR. Considering we're dealing with CAS 8 memory at 1T, this isn't bad at all. 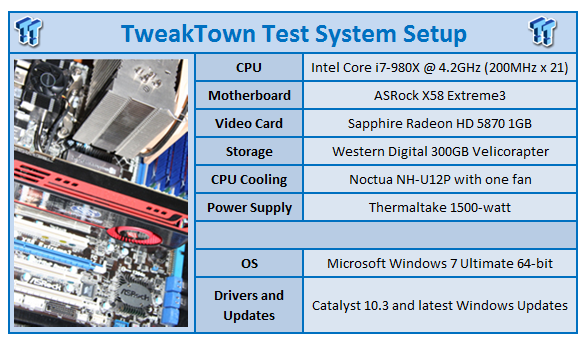 We'll today be comparing the A-DATA Plus Series 6GB kit against the A-DATA Gaming Series 8GB Dual Channel kit and the Crucial Ballistix Triple Channel kit we looked at a little while back. 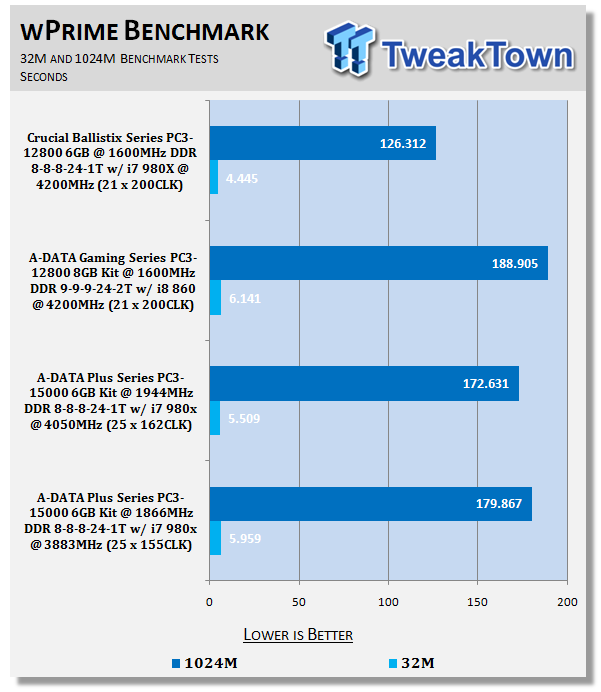 Because our CPU isn't as strong against some of the other kits here, we do see under wPrime that the kit falls a little back compared to the Crucial modules running on our 980X at 4.2GHz. 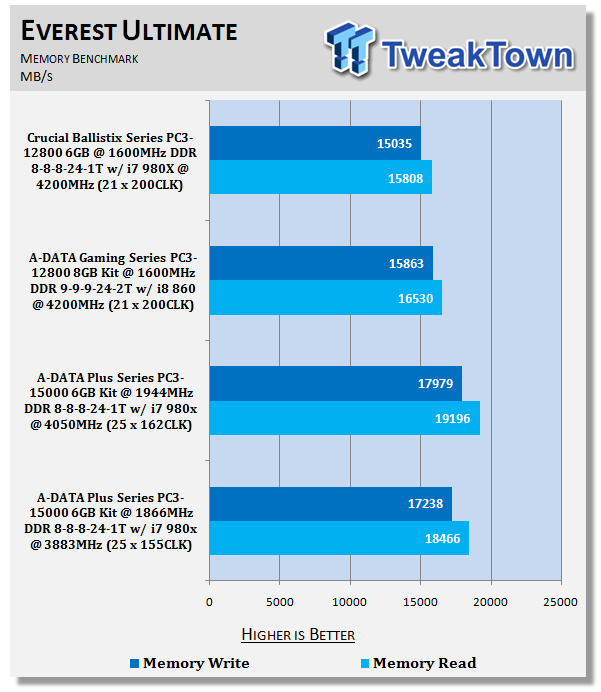 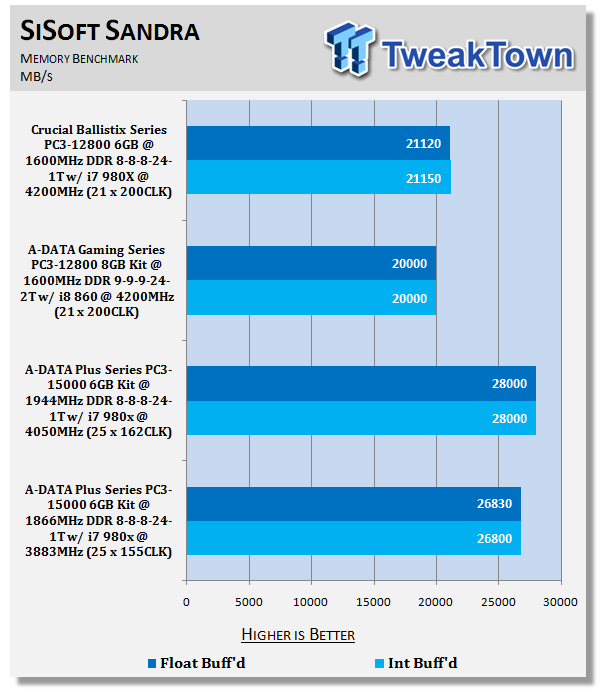 Sandra performance like EVEREST is again very strong thanks to the test concentrating on just the memory. 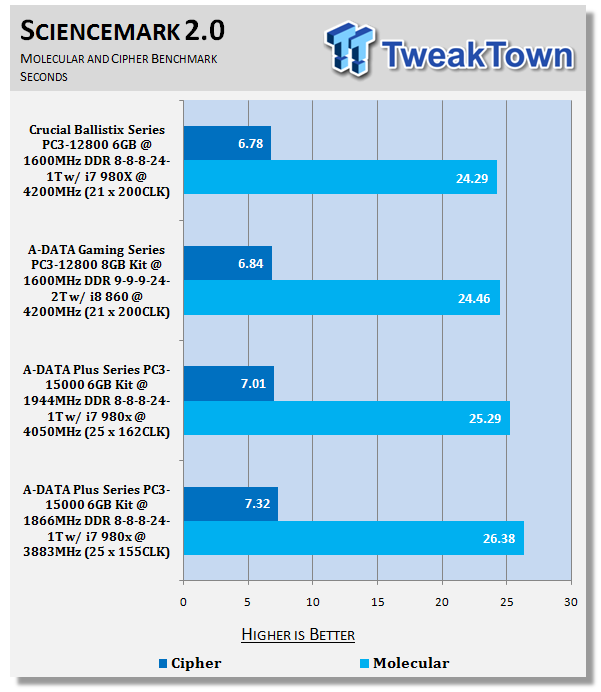 Again we see that because our CPU is clocked a little slower here, the A-DATA kit is performing a little worse because the test places more load on the CPU. 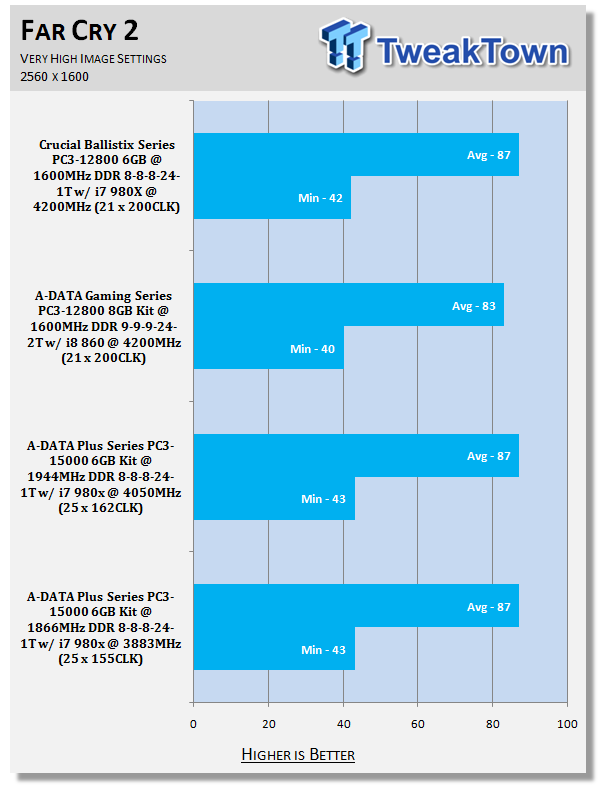 Far Cry 2 performance is strong; slightly higher than the other kits we're looking at.

Overall the performance is very strong. When overclocked the kit falls only behind kits that are clocked 500MHz DDR faster. The great performance is thanks to the aggressive timings and the decision to go with 1T over 2T.

We've been impressed with the Plus Series kits in the past and to be honest, going into the review we expected similar high performance from this kit. The good news is that the kit didn't disappoint; we had no problems getting the default clocks which is always a must, but overclocking was good, too. And while not as big as some other kits we've looked at, the timings are great and as we mentioned the decision to go with 1T over 2T has done wonders for memory performance.

Outside just the performance of the kit, the highlight of the kit is that cooler that A-DATA opt for on the series. The heatsink is of excellent quality and what's even better is that the heatsink doesn't take up heaps of room and doesn't conflict with our Noctua cooler which is quite large.

The A-DATA Plus Series PC3-15000 6GB kit is quality in all aspects. The kit performs strong not only in benchmarks, but also when considering the quality of the module. While 1866MHz DDR isn't the most common number these days, it's still one we see a bit and compared to 2000MHz DDR kits it also comes in a little cheaper.