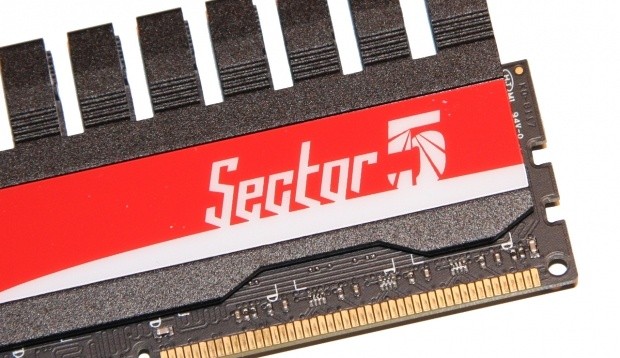 We continue to see more and more companies attempt to break speed barriers when it comes to memory. Today we're looking at a PC3-20000 kit from Patriot with a massive default clock of 2500MHz DDR.

It's coming to the point where the speed is just so high that we have to wonder what exactly people are doing with this massive amount of bandwidth. It's been a while since we've seen anything from Patriot and we've got to say our initial impressions have us a little worried if we're going to get the speed promised by the company.

With a cooler that doesn't look too fancy and no active cooling, we're really wondering if the kit is going to be able to achieve 2500MHz DDR with ease. Before we find out if it does, let's take a look at the package and a closer look at the heatsink first.

Once that's done we'll have a closer look at the specifications of the modules and see how we went when it came to clocking the kit. Then it's into some benchmarks to see just what the kit is capable of and how it compares to a couple of other high speed kits from other companies. 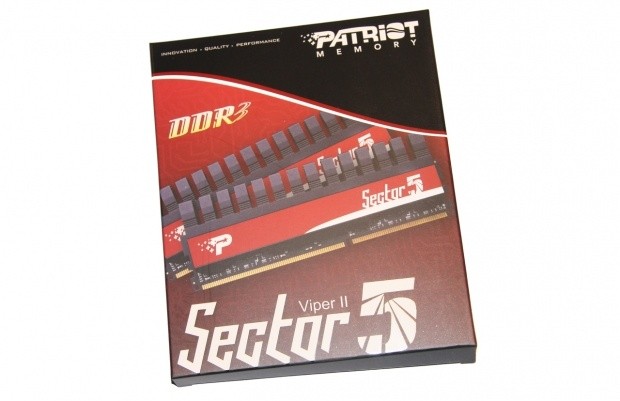 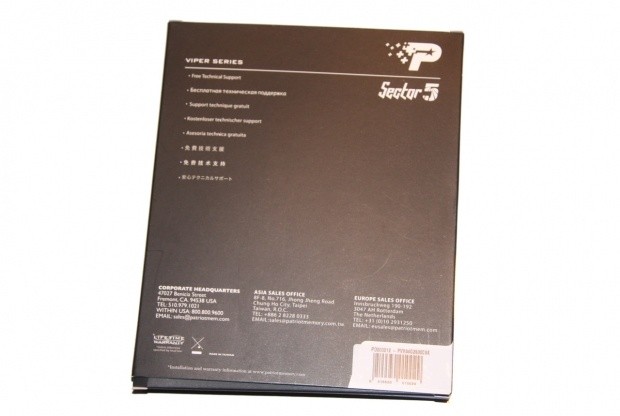 Checking out the package, there's not much going on. The thin package tells us no active cooling comes with the kit and with a default speed of 2500MHz DDR we're worried that we might run into some problems. 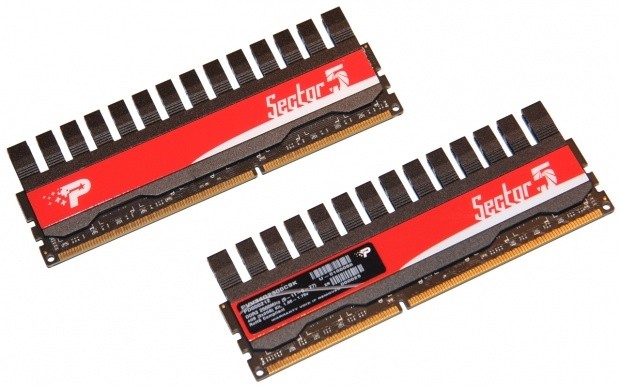 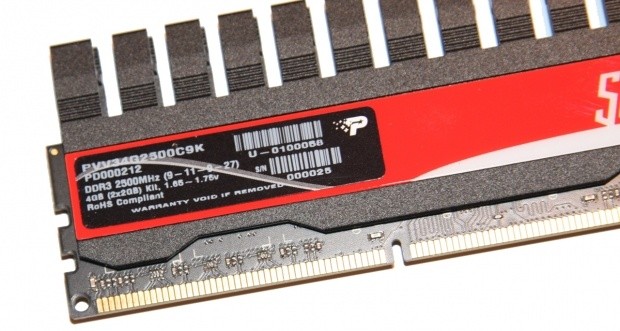 For such a high speed kit there doesn't seem to be a whole lot going on with the heatsink. It's fairly standard looking and again the lack of active cooling makes us think that getting to the stock 2500MHz DDR speed won't be quite as easy as we're used to.

As for the overall look, there's not much going on with both sides having the Sector 5 logo and one side having the Patriot one while the other has a sticker that gives us a rundown on the kit like its model, speed, timings and more.

The lack of active cooling as we mentioned was an initial concern of ours, because we've seen kits that start heading north of the 2200MHz DDR speed carrying with them active cooling. With that said, I have to say I was extremely surprised when I got into Windows at 2514MHz DDR. What was more surprising was the fact that all our benchmarks completed at this speed, too. 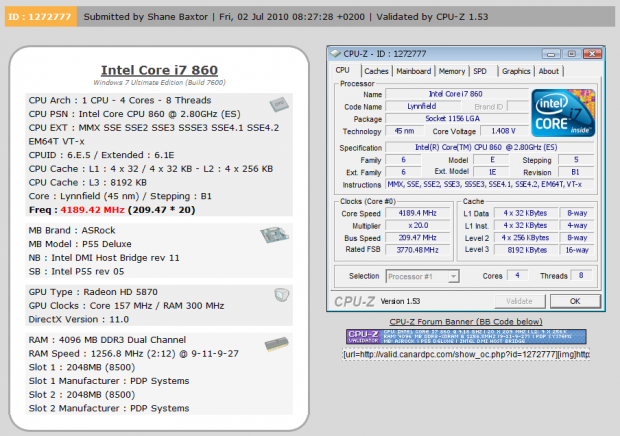 Getting more speed wasn't possible; when you think that we couldn't land on 2500MHz DDR exactly because of memory dividers, the fact we got into Windows higher than 2500MHz DDR was a surprise in itself. 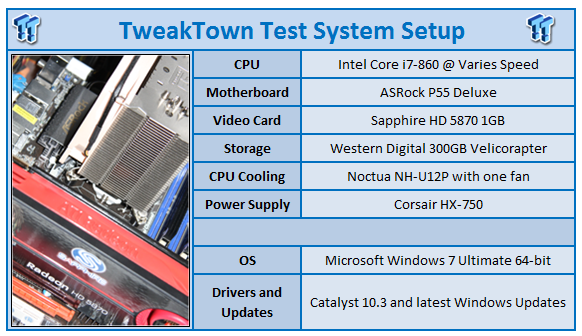 We had hoped to be able to run our CPU at 21 x 209, but instead we had to opt for 20 x 209 which pushed our CPU speed down to 4189MHz. Just keep that in mind when comparing the kit to some higher speed modules that carry with it a faster CPU clock.

As for what we compared it against, we saw how the kit went compared to a couple of other high end kits including a 2200MHz DDR Kingmax kit and a 2400MHz DDR Kingston kit. 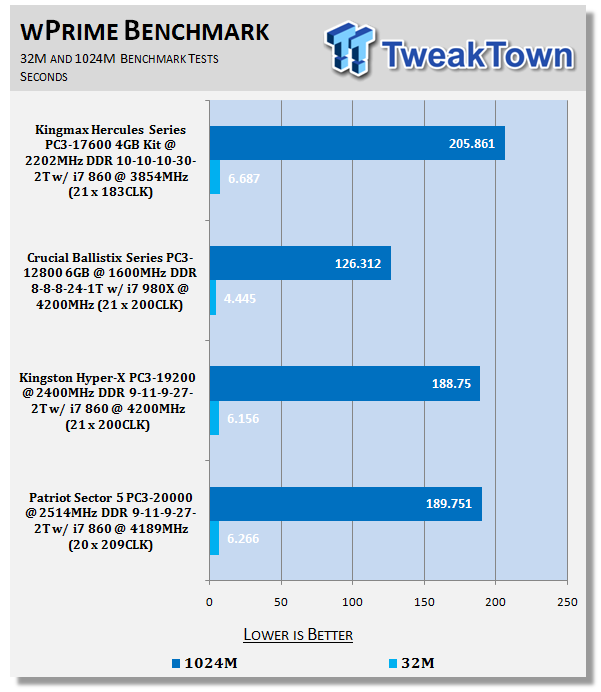 Due to the CPU speed being a little slower, the performance here isn't as strong when compared to some of the other kits. 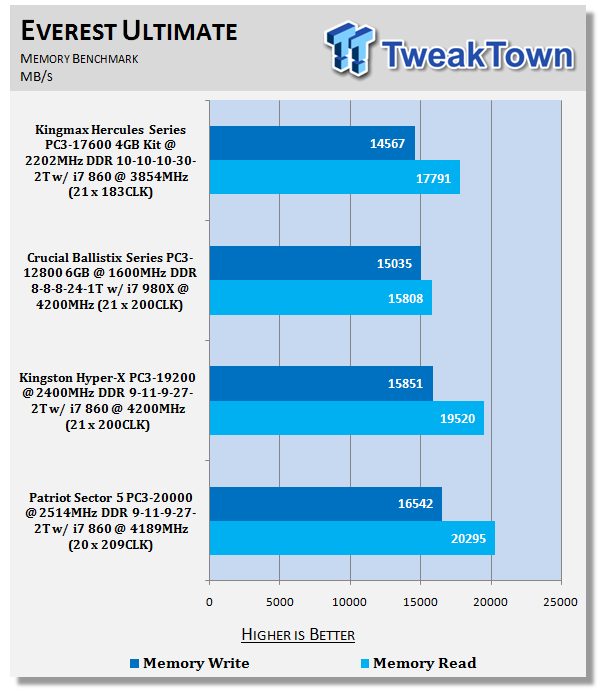 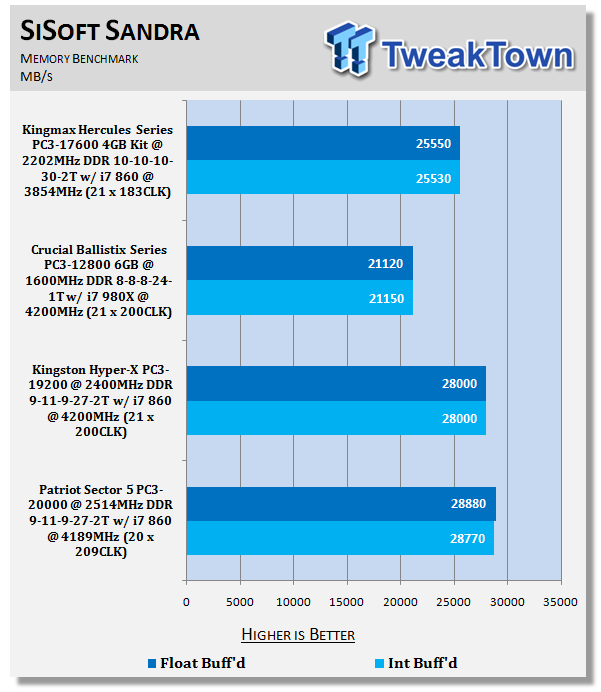 We again see that compared to the Kingston kit which is running at 2400MHz DDR the kit from Patriot again pulls out a win that can clearly be seen. 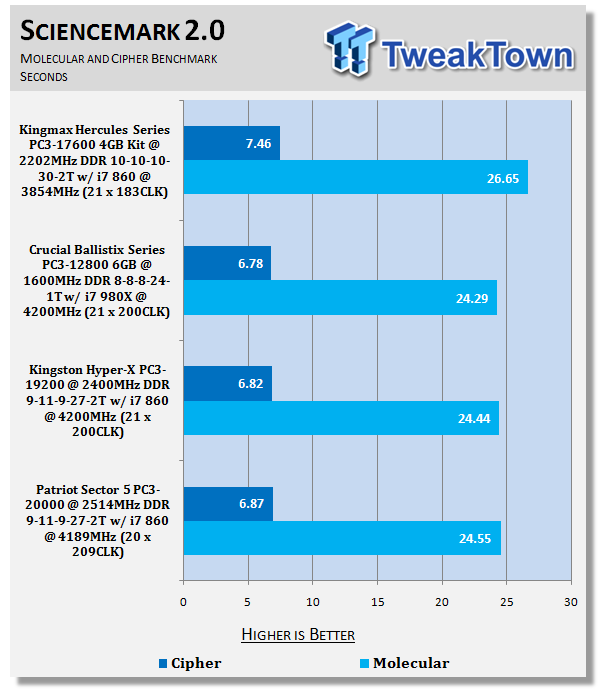 Again we see the CPU come back into it and the kits that are running on a 4.2GHz CPU all perform very similar to each other. 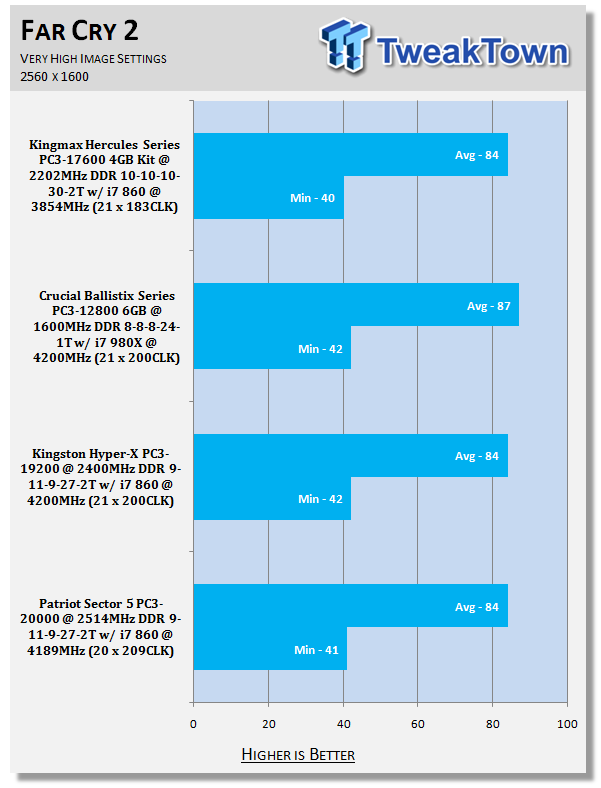 Looking at real world performance when it comes to gaming, we don't see any real surprises.

The Patriot kit almost takes top honors; the Kingston kit at 2490MHz DDR manages to just pull out the win, though, thanks to the higher MHz CPU speed.

Value isn't the strongest point of really high end kits. It's not too bad, though. If you have the need for speed it's a worthy kit.

The Patriot Sector 5 PC3-20000 kit is a very fast kit; it's a very very fast kit. The problem is that unless you really know what you're doing when it comes to getting down and dirty with the BIOS, you'll have trouble achieving these speeds. We're at a point now with speed that it's not just a matter of changing the memory divider; you really have to start getting into the base clock and for kits like this, we need a base clock in excess of 200.

At $319.99 it's not a cheap kit of RAM and you have to remember we're only dealing with a 4GB kit. It's not like some of the recent kits we've looked at that carry twice that amount. Performance is the name of the game here and we've got to say it plays that game very well.

It would've been nice to see some active cooling with the kit because we're dealing with a 1.7 voltage level, but the bottom line is we didn't need active cooling to get the kit up and running so we're not all that bummed about the lack of a cooling fan being included. It also means that because it's not included a few dollars can be saved on the overall kit. The good news is if you want a cooler you're able to buy one and while Patriot might not have one, other memory companies do that can be bought separately.

Patriot have produced a very fast kit here that people who have the need for speed are going to want and while the kit lacks some of the flair that we see from higher end kits, we're able to get the default clock speeds which is ultimately what we want.

While clearly not for everyone, if you're after a seriously fast kit then the Patriot PC3-20000 one is well worth checking out.