Dell's XPS 9315 is a beautifully designed laptop that while lacking on I/O, performs quite well!

With the launch of XPS Laptop SKUs this year, Dell decided to segment their lineup; in the past, having a 2-in-1 and the standard XPS platform. New for this year is the XPS Plus that we reviewed a month or so back, which acts as the new flagship of the XPS lineup. The XPS 9315 is now the "standard" solution in the lineup, still with its premium design, though currently being offered with 15W U-Series CPUs and lower MSRP.

As with all Dell platforms, the 9315 can be customized to your heart's content. Our review model includes the Intel Core i5-1230U, which offers two P cores and eight E cores with a max boost of 4.4GHz. It is paired with 16GB of DDR5 at 5200MHz soldered along with 512GB of storage that is too soldered.

Display options include a touch and non-touch option, both 13.4" 1920x1200 Infinity Edge displays at 500 nits. Dell also has two color options for this platform: Umber, a deep purple, and Sky, a bright aluminum finish.

As described, the MSRP of this platform comes in at $1099.99 at the time of writing. 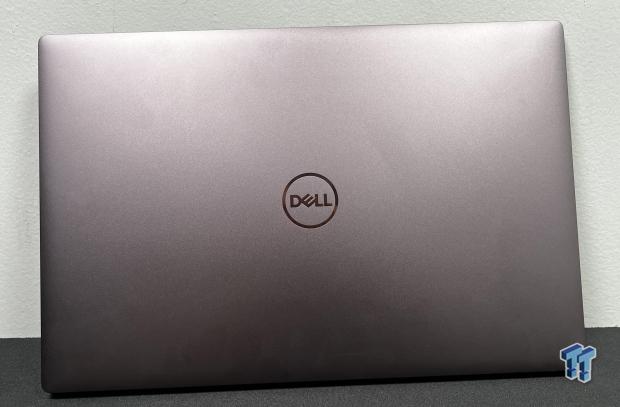 The XPS 13 arrived in this fantastic Umber color, with the Dell logo engraved in the aluminum. 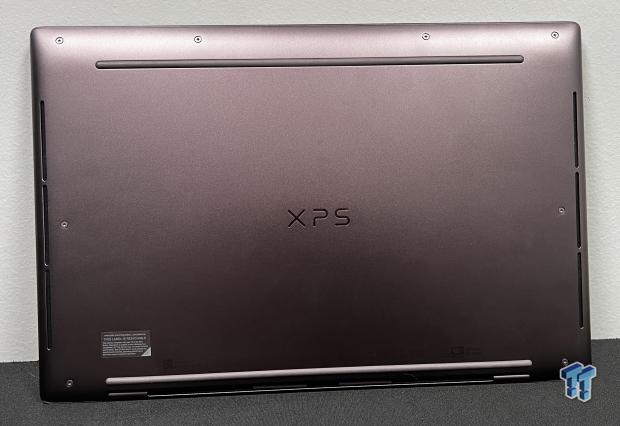 The bottom includes XPS branding, two rubber bars to keep the laptop off your desk and allow for increased airflow, and eight screws to remove the cover.

I/O is slim on this model, with a single Thunderbolt on the right side.

We also have a single Thunderbolt on the left side. 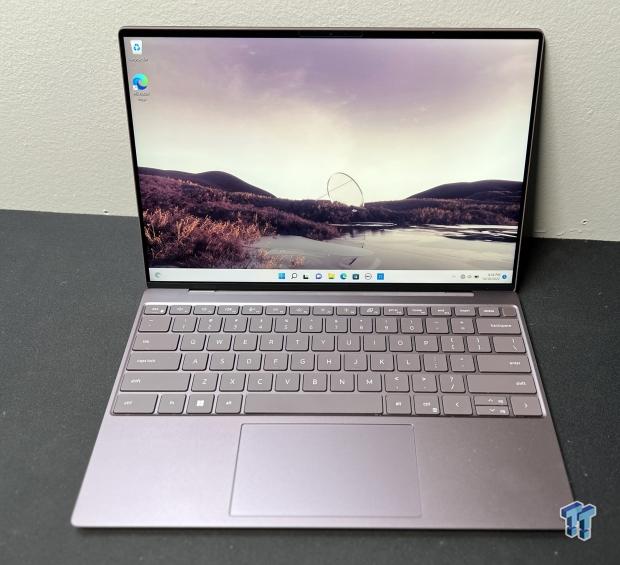 Opening up the XPS, we get a good look at the trackpad centered on this platform. The keyboard lays level with the chassis. 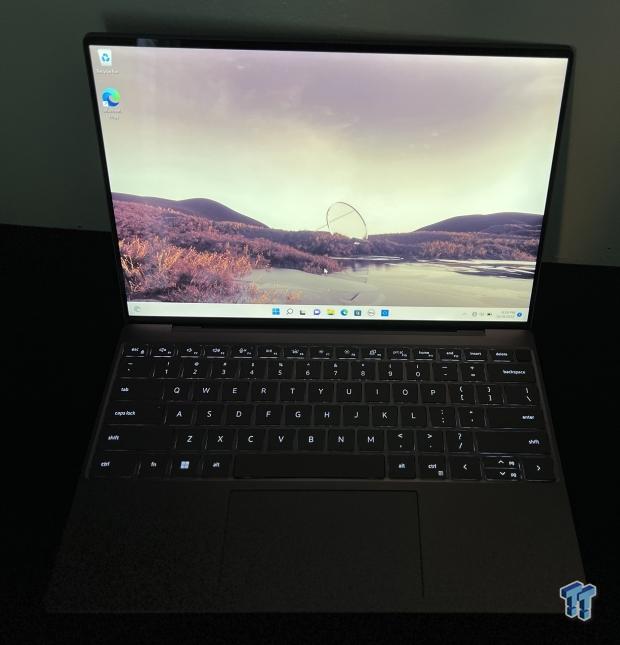 Lights out, the XPS offers a nice white backlighting for the keyboard. 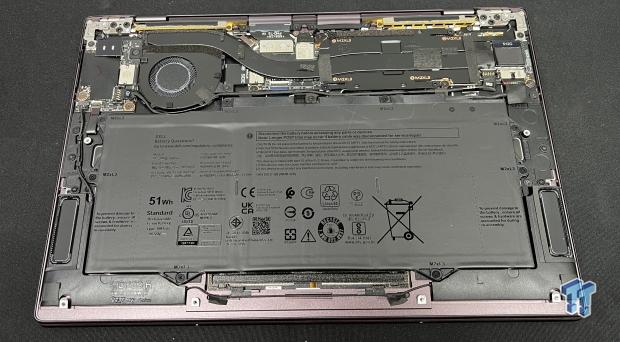 Opening up the XPS, the battery takes up most of the chassis design; above, we have cooled on the left with a large heat pipe. Storage is top right, soldered to the board, while Wi-Fi is on the left. 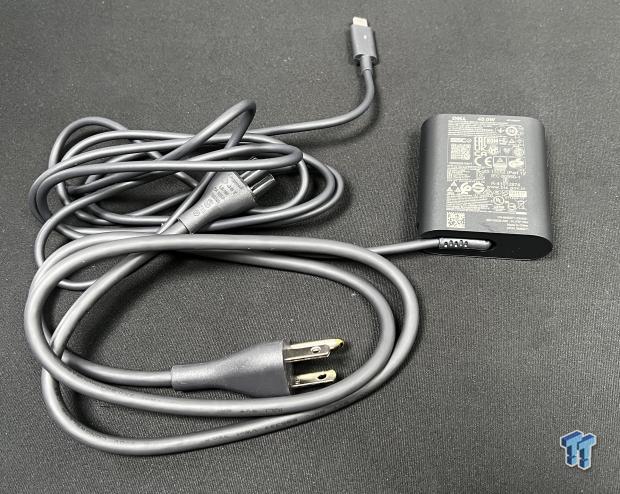 Included with the XPS 13 is the power adapter, a 45-watt unit. 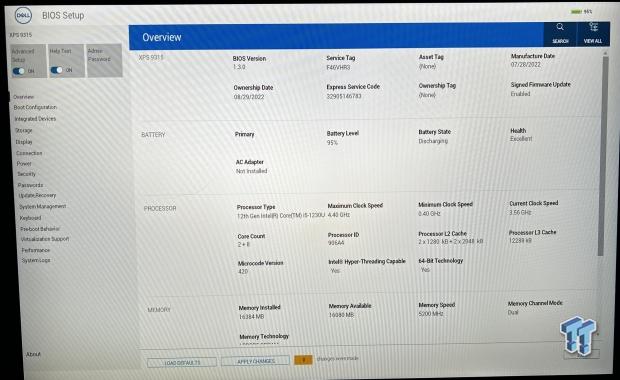 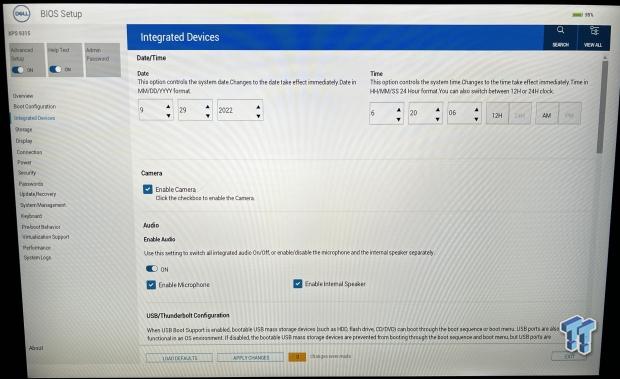 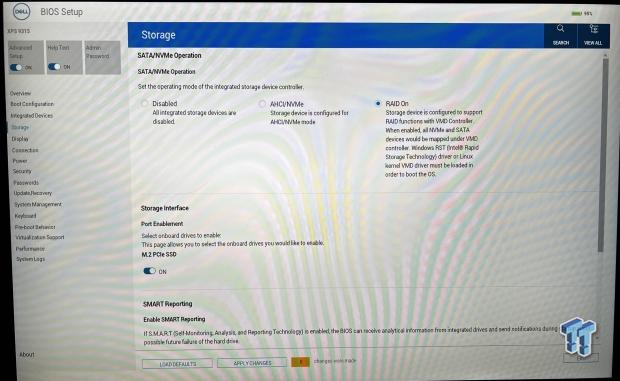 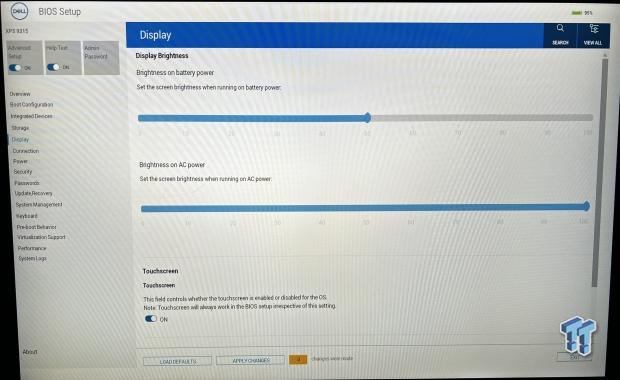 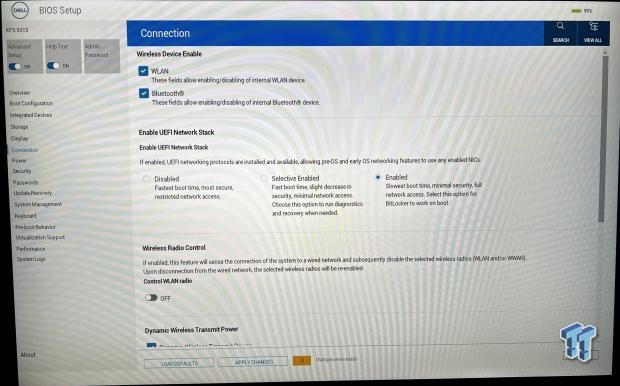 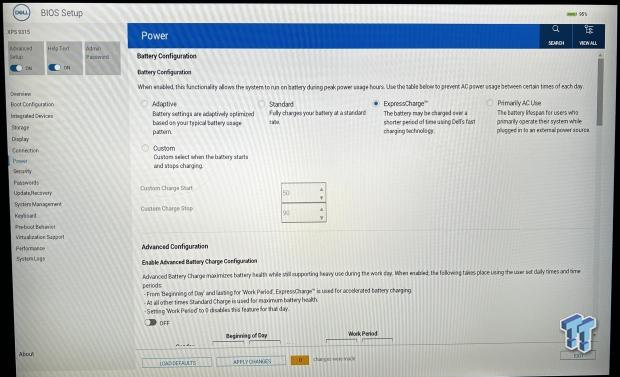 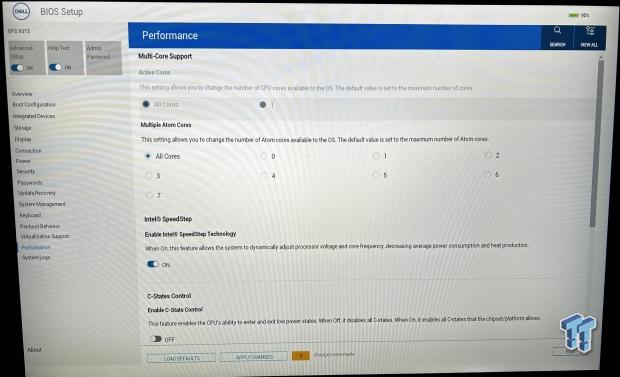 The Dell BIOS offers a solid amount of configuration apart from overclocking controls. Starting from the first menu, we have hardware information, including CPU, Memory, and Dell-specific information.

You can then move into boot manager to handle how the machine loads up and integrate the device to manage things like the camera, audio, and thunderbolt configuration. Further down the menu system, you will find options for NVMe storage config alongside Wi-Fi and wireless radio controls. 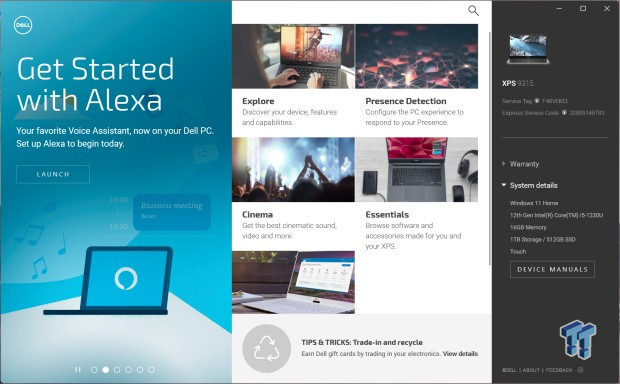 The software is My Dell; this includes support and warranty control and options for configuring presence detection, audio, and power. 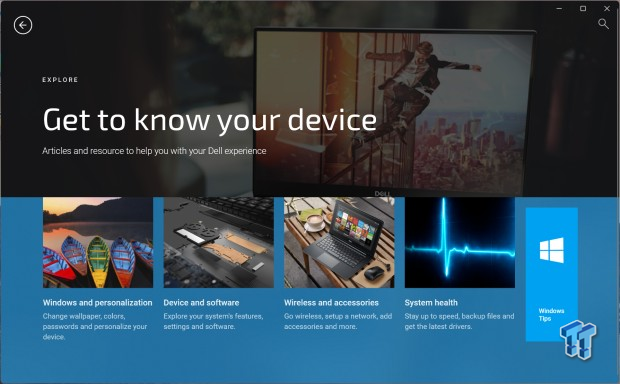 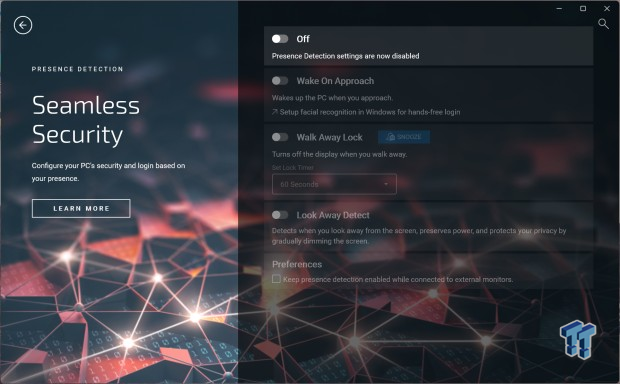 Security options include presence detection to allow for a wake-on approach and walk-away lock. 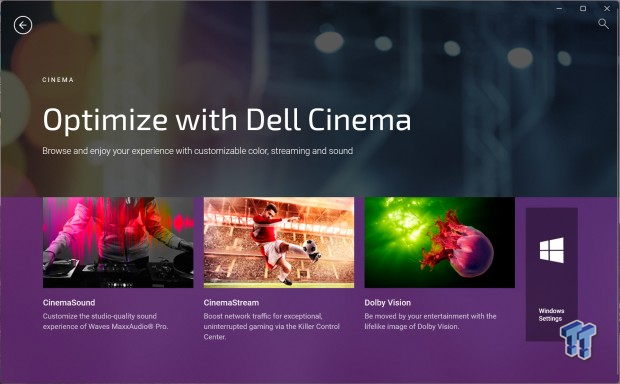 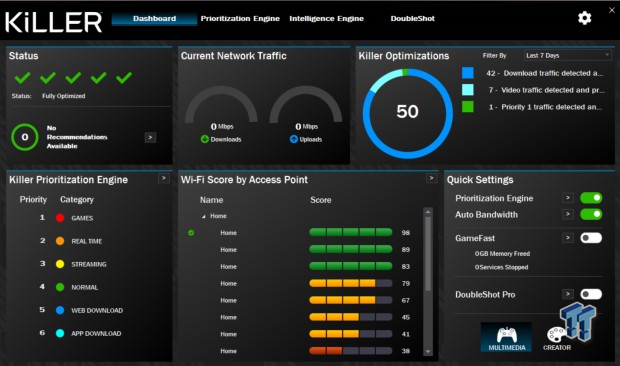 Killer is also included with the XPS 9315. 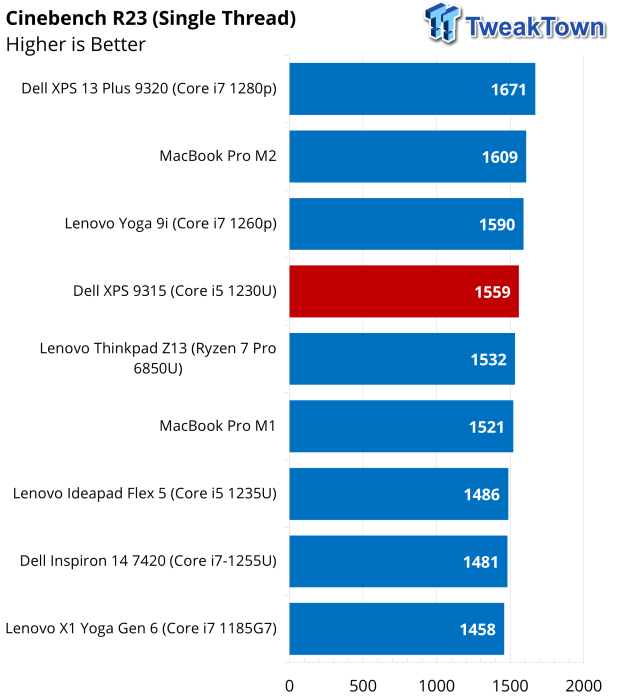 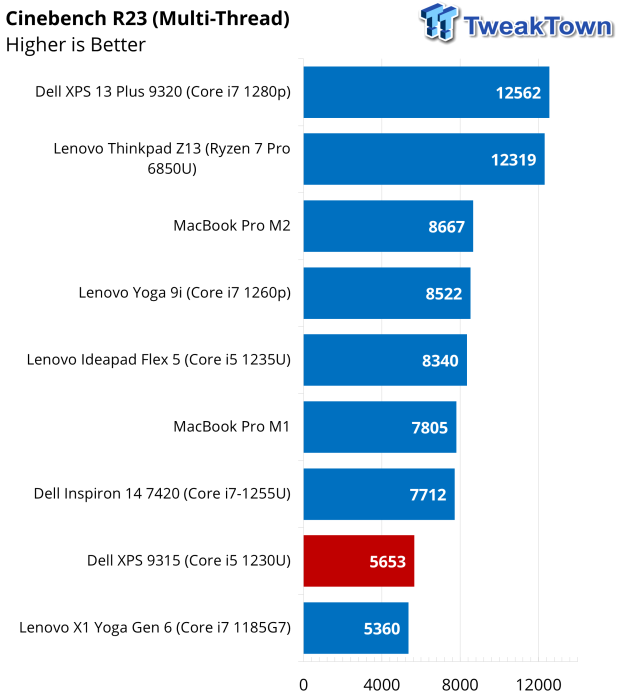 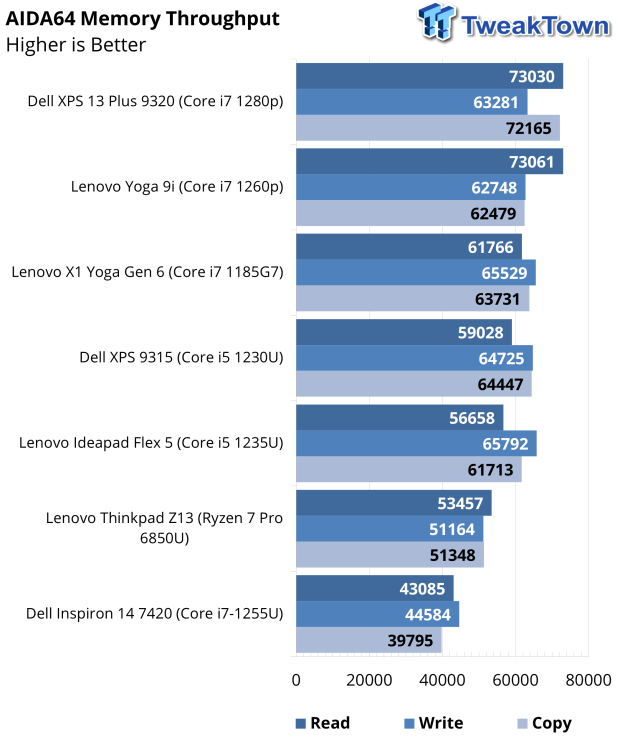 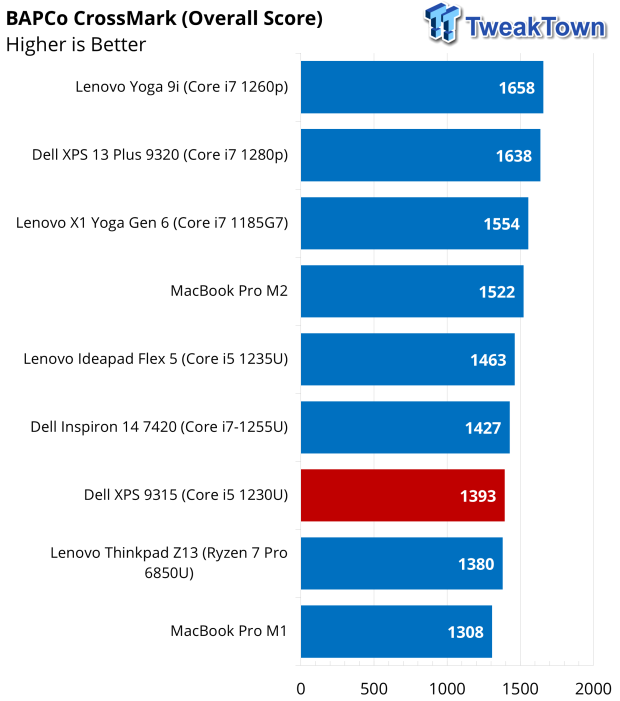 CrossMark picked up an overall score of 1393. 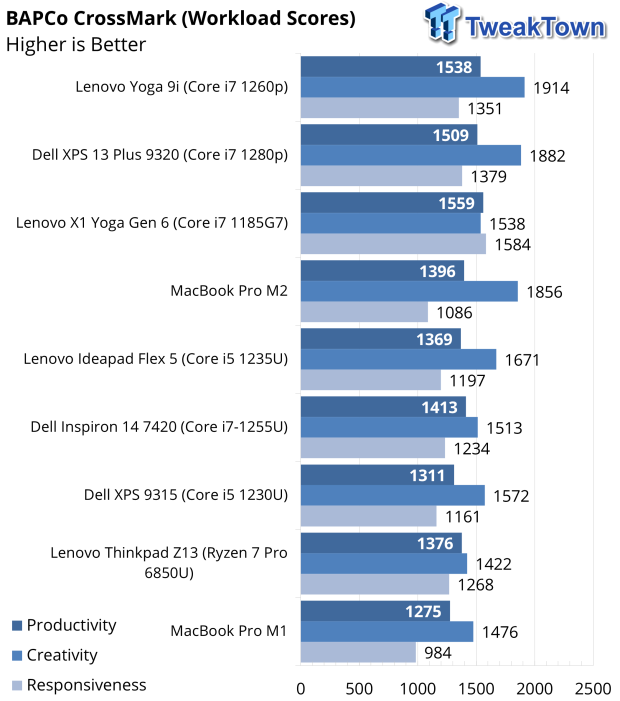 Looking at the workloads, XPS scored 1311 for productivity, 1572 for creativity, and 1161 for responsiveness. 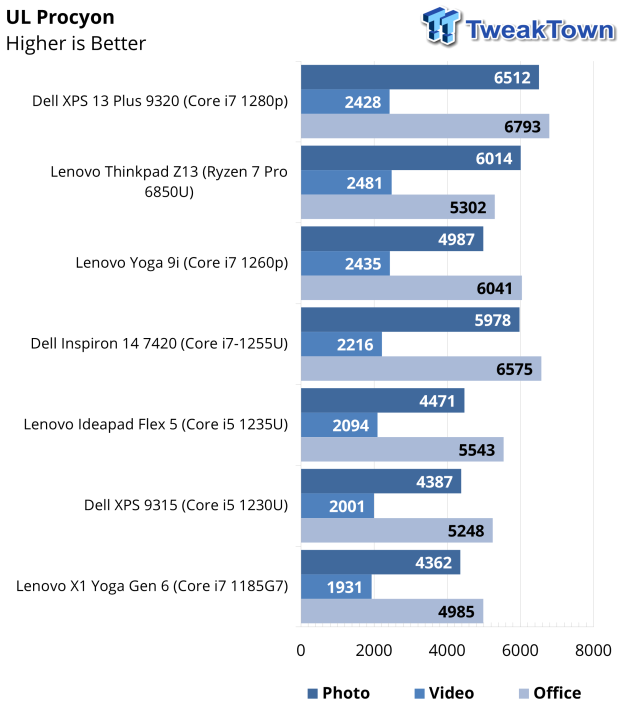 Procyon showed the XPS 13, even with its U-series CPU, can outperform 11th Gen Intel platforms. 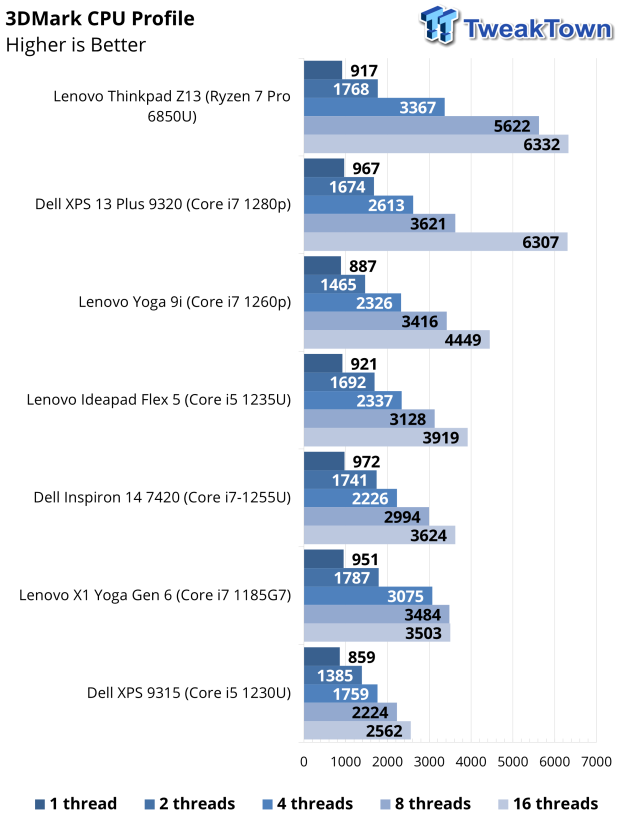 CPU Profile started with 859 single threads and ended at 2562 at sixteen threads. 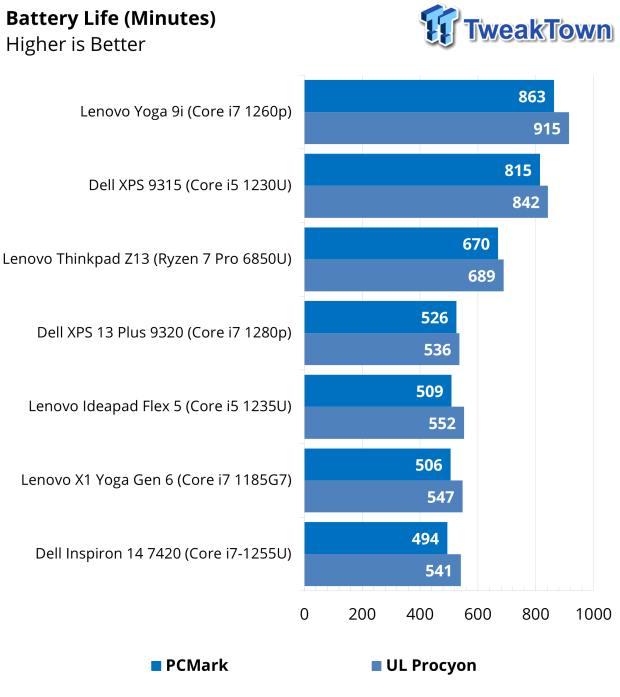 Battery testing showed impressive numbers for the XPS 13, with battery life close to the Yoga 9i, a 16-inch platform. We tested the 9315 at 14 hours of battery life. 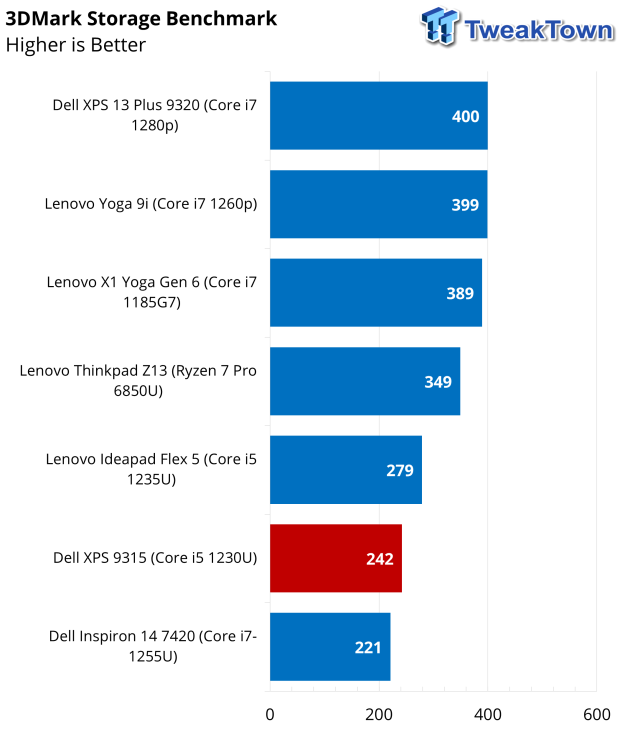 Storage was decent but near the bottom at 242 MB/s. 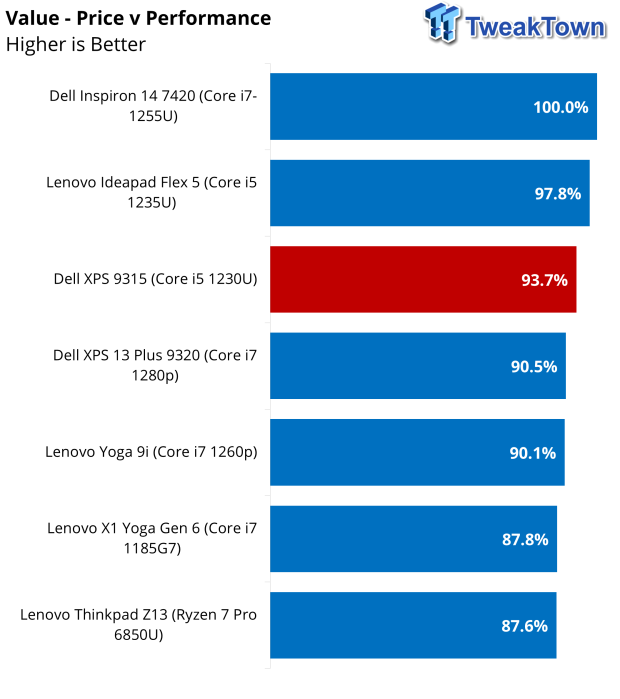 With value, we take the notebook's performance in several testing areas and put it against the cost at the time of writing. In this scenario, the 9315 landed near the top at 93.7%, just over the XPS Plus.

Chopping up their XPS lineup this year, the 9315, reviewed here today, looks like Dell's answer to the MacBook Air or even entry-level MacBook Pro. I noted this in everything from the fit and finish to the experience of unboxing the unit; they are coming straight at Apple's market share.

Sadly, this includes the I/O, which is very minimal for the 9315 with just two Thunderbolt ports, though they include a USB-C to A adapter in the box along with a USB-C DAC for those wanting 3.5mm audio support.

As for performance, I was surprised by the 9315 on several occasions; its meager 15W CPU (Core i5 1230U) offers just two P cores alongside its eight e cores but still manages to outperform last year's 1185G7 and even the 1195G7 in Procyon, a benchmark I weigh heavily on for its real-world workloads. Outside of that, we grabbed solid performance numbers in R23 and battery life, which was amazing, offering 14 hours in both PCMark and Procyon battery tests.

On the short side, I wouldn't recommend this platform for anyone that is looking to go in cheap and upgrade later, as the storage and memory are both soldered, so again, that MacBook approach where you need to buy in where you want to be. This does leave more to be desired but is understood as Dell attempts to lower the cost of their XPS platform to be more competitive against even other ecosystems.

Dell's XPS 9315 is a beautifully designed laptop that while lacking on I/O, performs quite well!