The new chip and the current RTX 4080 chips feature the same specs and performance, with the changes and reduction in components looking to reduce the cost of producing a new GeForce RTX 4080. The TDP, frequency, and Cuda core count of 9728 remain the same.

The question now becomes, will these savings filter down to customers? According to some sources, the cost reduction will be slight, so we'll temper our expectations. That said, this will help board partners looking to lower their costs which is good news.

Whatever happens, the issue around pricing for flagship GPUs from NVIDIA and AMD will remain a hot topic for 2023, and any substantial reduction in pricing will most likely filter down from the top. At the very least, here's hoping that the changes in silicon for the RTX 4080 result in more models getting close to or sticking with the MSRP prices set by NVIDIA. 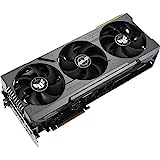