NASA has taken to its blog and social channels to update the public on the Space Launch System (SLS) rocket and its Artemis 1 mission. 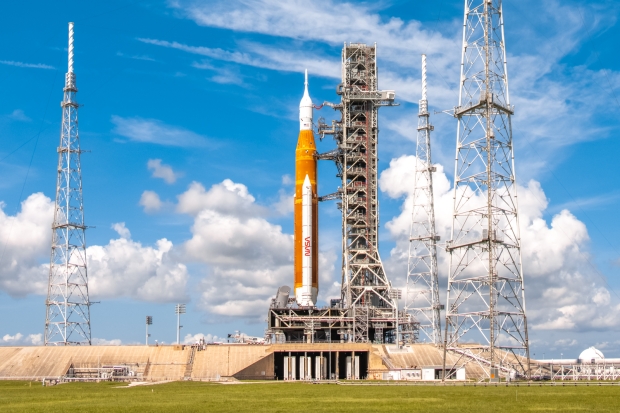 NASA explains via an update on its website that teams have conducted an assessment of the rocket while it remains upright at Launch Complex 39B at the Kennedy Space Center in Florida, and according to the agency, it can confirm that was no significant impacts to either the rocket or the Orion capsule from Hurricane Nicole. Notably, Hurricane Nicole made landfall approximately 70 miles from the space center, and NASA"s teams used the launch pads sensors and high-resolution cameras to perform the inspection.

Furthermore, Space Launch System engineers have conducted an analysis of the rocket to determine if the high-speed winds it endured won't impact its overall structural strength, and they found no such effect. NASA notes that all of the recorded peak winds during the height of the storm remained below 75% of the SLS design limitations, hence NASA's prior decision to leave the rocket out on the launch pad before the storm made landfall as it believed the rocket could easily weather it. The space agency does report some minor damage with loose caulk and weather coverings, which are both being repaired.

NASA explains that engineers are currently in the process of preparing the rocket for launch by powering up each of its systems to ensure they're "healthy". These powered health checks will continue until Saturday, while more engineers prepare to conduct the final software and hardware checks before the launch is carried out. NASA writes in its blog post that the agency is still targeting the two-hour launch window beginning at 1:04 a.m. EST, Wednesday, November 16.

In other news, a new report has revealed that Elon Musk demanded that an audit be conducted on Twitter's payroll as he wanted to make sure staff that were being paid scheduled bonuses and stocks were "real humans". Additionally, Twitter is reportedly asking fired employees to return back to their former positions, citing that the employees were "mistakenly" fired. If you are interested in reading more about that story, check out the link below.