AMD first announced its Project Quantum PC back in 2015, and while it didn't materialize, it was marketed in a huge way as the "best possible system for VR" when AMD had all of its blood going to its head for VR.

Anyway, the awesomely-designed AMD Project Quantum system was based on an Intel CPU and what would've been a freaking wicked dual Fiji GPU design. The system was shown off during E3 2015 if you can believe that, after the company had internal discussions about using the dual-GPU solution, but later designs of the never-released Project Quantum system had better internals (AMD's new Zen CPU + Vega GPU with HBM2 memory). 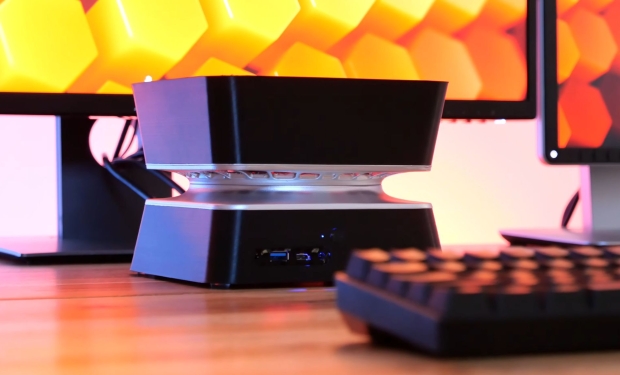 But now... now a fan-made 3D project has breathed a massive breath of fresh air into AMD Project Quantum. A new system was crafted by the amazing hands and work of "stand_up_g4m3r" who used an ASRock DeskMini X300W PC on the AM4 platform, slotting in an AMD Ryzen 7 5700G APU that packs an integrated GPU and 32GB of DDR4 memory.

In the video embedded below, the modder walks through everything he did from printing, preparing parts, installing everything into the "AMD Project Quantum" system, and the painting job completed on it. There's even a fully custom liquid cooling loop installed into the system, which means it's about as close as you can get (with more powerful internals) than what AMD teased back 7 years ago now. 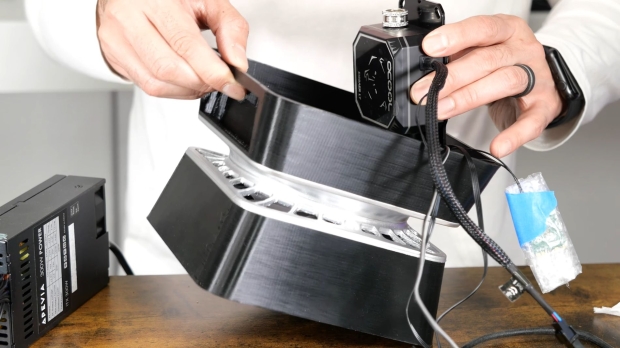 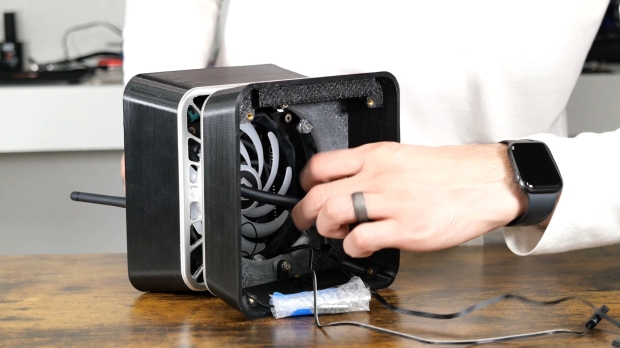 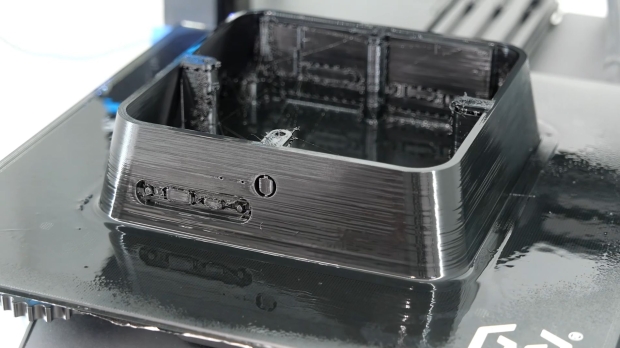 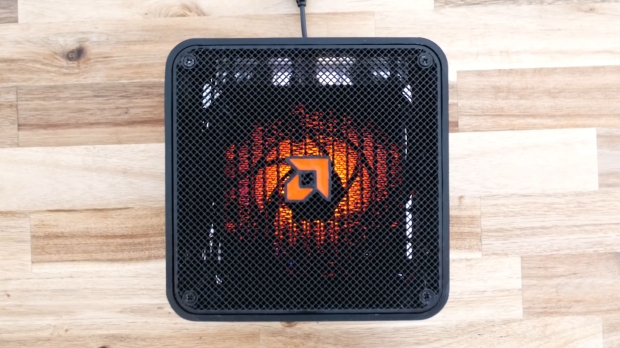 The original ASRock chassis was tested, but stand_up_g4m3r noticed it wasn't good enough... using 3D-printed parts and liquid cooling. Not that performance improved for gaming, but that's because there's no dedicated graphics card inside. The APU itself is limited in multiple ways, but the GPU temperatures did drop by around 7C with the work that stand_up_g4m3r put into the system, and its custom liquid cooling system.

As our friends at VideoCardz point out, ex-Alienware CEO and now AMD's new Chief Architect of Gaming Solutions & Marketing at AMD said that the company is already working on new form factor PCs. Some of these systems included the Corsair ONE and Falcon Northwest Tiki gaming PCs (which I love both of, and would love to have them in-house for some testing) so let's hope that AMD builds a new Zen 4 + RDNA 3 system for a next-gen Project Quantum PC.

The full video is above, you should really check it out... stand_up_g4m3r, you put some awesome work into this PC, mate!