Project Quantum is one of the coolest things AMD has ever shown off, but it was never delivered to market. Project Quantum and an insane amount of power inside of its small, and super-unique chassis - but used an Intel CPU at the time, alongside the dual Fiji GPU when it was debuted at E3 2015. 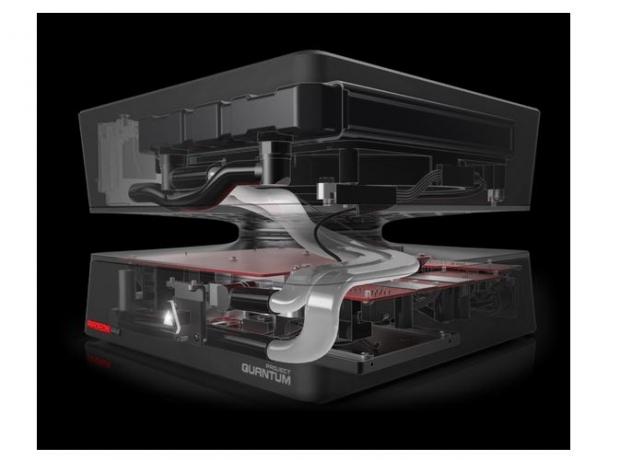 But with AMD's next-gen Zen CPU architecture nearly here, the company can move away from using its competitors' faster CPUs, with one of its own. According to the latest rumors, AMD postponed the release of Project Quantum for two reasons.

First, an "internal decision to market the Radeon Duo Pro, not as a purely gaming product, but as a professional high performance solution". Second; "The lack of a high performance AMD CPU and Motherboard solution (the original Project Quantum uses an AsRock Motherboard) that could accompany the powerful dual GPU".

AMD could use its Zen CPU alongside its next-gen Vega GPU (the one after Polaris which will be debuted in 6 weeks time). Vega makes use of HBM2 which will allow Project Quantum to be configured with a video card with 8GB+ of HBM2, while retaining its small form factor. HBM2-based video cards will be small, much smaller than GDDR5/X-based video cards.

With AMD forging towards a future in owning the VR market, it makes perfect sense to make Project Quantum a beacon of insane PC gaming horsepower. Alongside the fact that AMD says its upcoming Polaris-based video cards will 'regain GPU share in 2016' - the company is in a better position than it has ever been to fight not just NVIDIA, but Intel.