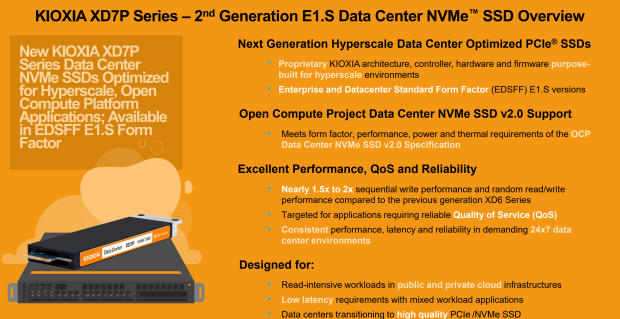 KIOXIA's new XD7P Series Data Center NVMe SSDs have improved performance, with up to 2x the sequential write performance and random read/write performance when it's put up against its predecessor. The new drives have been built for PCIe 4.0 and NVMe 2.0 specifications, while KIOXIA teases PCIe 5.0 with its up to 32GT/s of bandwidth per lane is still in development.

At first, the company will debut its new XD7P Series SSDs in PCIe 4.0 variants at first, while PCIe 5.0 SSDs will be released "based on customer demand". 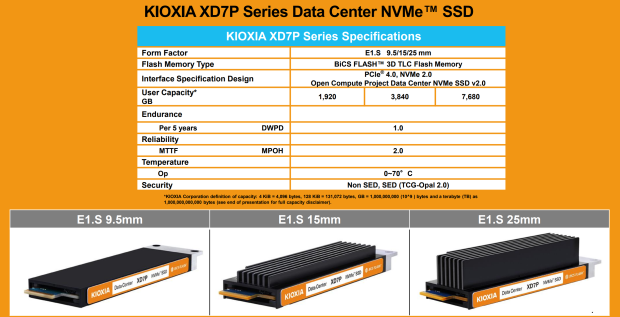 Maulik Sompura, senior director of product planning and management, KIOXIA America, Inc. said: "As hyperscale data centers get more sophisticated, the E1.S form factor is gaining in popularity over legacy form factors due to its break-through thermal and performance benefits. KIOXIA is pushing the envelope further with our next-gen XD7P E1.S NVMe and PCIe SSDs, which are equipped to support newly added, complex OCP features. With the XD7P, KIOXIA has made significant strides in capabilities compared to previous generation drives - which can lead to a substantial TCO advantage for customers."