Acer's new Predator BiFrost Intel Arc A770 OC graphics card is for sale in Taiwan, with a listing on Acer's official store in Taiwan having the card in stock for NT$12,900 which works out to a shave over $400 USD.

If you can't buy Intel's slick Arc A770 Limited Edition (which there were so few made) then you might want to try your chances for a custom AIB model, with the Acer Predator BiFrost Intel Arc A770 OC graphics card featuring factory overclocking, as well as 16GB of GDDR6 memory. 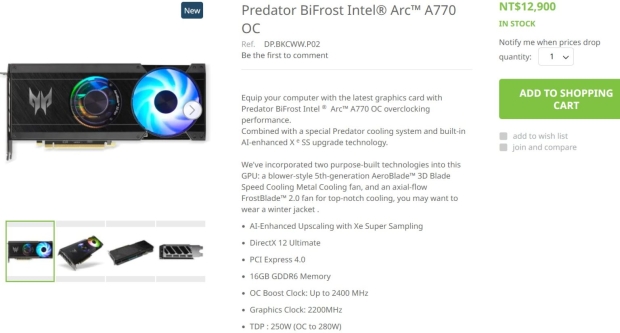 Another issue as VideoCardz points out is buying the custom Intel Arc cards, because Intel doesn't make it easy getting their did-they-only-make-20-cards-or-something Arc A770s... and AIB cards are even harder. 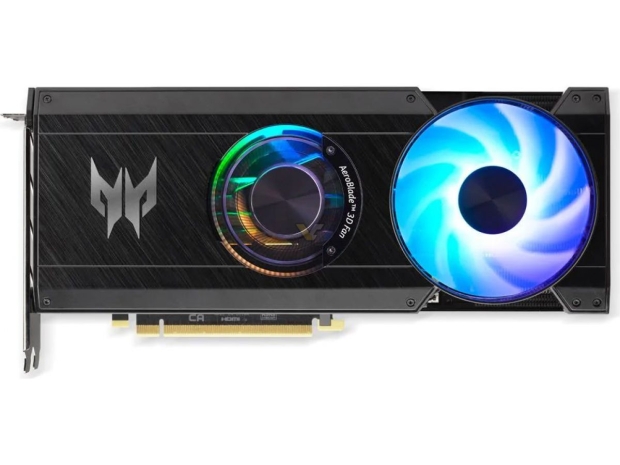