Overwatch 2 has amassed 25 million players in 10 days' time, Activision-Blizzard has confirmed, which cements the ongoing free-to-play game as a big success for the company. 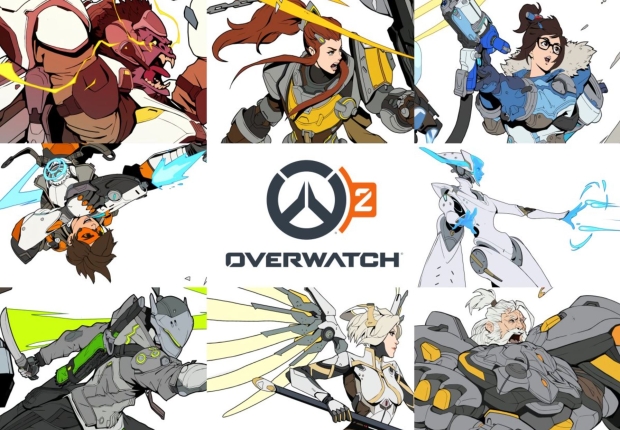 Overwatch 2 is pretty successful insofar as player counts. The game has managed to attract 25 million users in little over a week, breaking records for the franchise. As Benji-Sales notes, the original Overwatch had 10 million players in 3 weeks' time...but that was a premium game with an actual price tag. Overwatch is of course free to play. It also helps that Overwatch 2 released on new-gen consoles too.

The free-to-play reach has been extremely beneficial when it comes to regional numbers, and cross-play integration has helped bring in new players and keep them playing across the world. "The game has proven to be a global phenomenon, already achieving a daily player base spread near-even across EMEA, Asia, and the Americas that's nearly triple the previous daily player peak from the original Overwatch."

So are these numbers good? Let's give a bit of context and see how well Overwatch 2 did against other billion-dollar free-to-play shooters in the same vein.

Activision-Blizzard says this is just the beginning for Overwatch 2, and rightly so considering the game is a massive live service title with years of planned content (remember that Overwatch launched in 2016 and only was just now retired and folded into Overwatch 2).

"The launch is just the first step in the future of Overwatch. Overwatch 2 will receive regular seasonal updates, often including new heroes, maps, game modes, and cosmetics."

This is a big win for Blizzard, a segment that was faltering. Diablo Immortal significantly boosted Blizzard's revenues, and now Overwatch 2 is poised to do the same.