The new Witcher games and Cyberpunk 2077 sequel will get multiplayer in some fashion, but CD Projekt RED says singleplayer comes first. 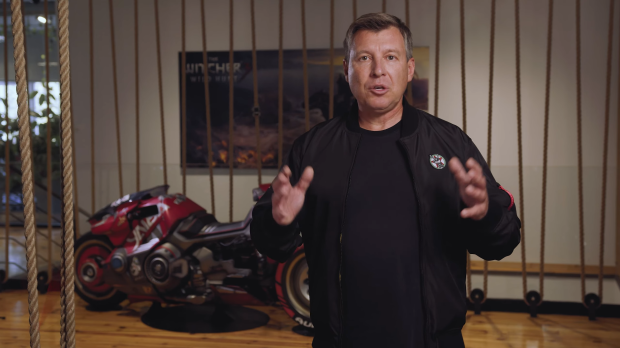 Back in 2016, we reported that Cyberpunk 2077 would have multiplayer. Years later, CD Projekt confirmed they were working on a standalone AAA Cyberpunk game while also announcing The Witcher would get multiplayer as well. While official details are light, CD Projekt continues discussing their plans to bring online multiplayer integration into their biggest games.

In a recent company strategy meeting, CD Projekt management says that multiplayer will be a core focus of the company's efforts moving forward. Multiplayer will be designed to "enhance the singleplayer experience," and will be included in Project Sirius, a new Witcher game in development at The Molasses Flood.

CD Projekt is also working on a new Cyberpunk 2077 sequel called Project Orion. The original 2077 multiplayer game was built in the RED Engine, but is now being developed in Unreal Engine 5. It's likely the core of that early multiplayer build is being ported over to UE5.

"We also believe that letting gamers interact with each other will create new experiences for them. By doing so, we do not want to make the singleplayer experiences smaller in any way," CD Projekt exec Michal Nowakowski said in the presentation.

"What is is important is UE5, our new engine, offers a solid tech framework allow us to develop multiplayer for most of our future titles."

"Along with a singleplayer experience, gamers will also be able to play with others as Sirius will contain multiplayer," CD Projekt president Adam Kicinski said.

"It will differ from our past productions in the sense that is it targeted at a broader audience."

"Unreal Engine also allows us to lay the technological groundwork for adding online components into our games. The engine produced by Epic games has since its inception been developed with online multiplayer in mind. The process of replication--the syncrhonization of the game state between players--is an integral part of Unreal Engine architecture," said board member Piotr Karwowski.

Kicinski goes on to highlight that multiplayer will be an extension of the core narrative-driven, story-focused singleplayer experiences that CD Projekt RED is known for.

"Looking to new horizons, we see three powerful and enduring franchises. In their centers, we see a growing number of games with memorable singleplayer stories extended to multiplayer experiences."