CD Projekt RED has officially confirmed a Cyberpunk 2077 sequel is in development. 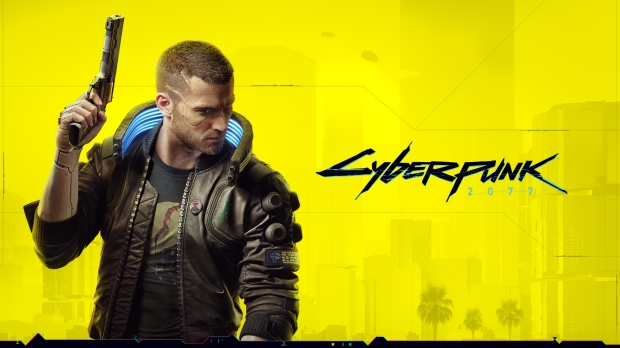 Today CD Projekt announced its new company strategy roadmap that outlines games in production and development, including a new Cyberpunk game. The game is called Project Orion, and will be developed by the core CD Projekt RED dev team. From the sound of it, the developer isn't going to make the same mistakes that it did with Cyberpunk 2077's original 2020 release.

Project Orion is described as a "Cyberpunk 2077 sequel that will prove the full power and potential of the Cyberpunk universe."

"Orion is a codename for our next Cyberpunk game, which will take the Cyberpunk franchise further and continue harnessing the potential of this dark future universe," the studio said on Twitter. 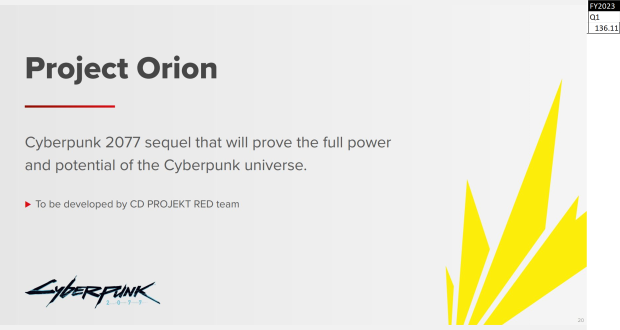 It is highly like that multiplayer will be built into Project Orion on a base level. CD Projekt outlines that it will add multiplayer aspects into its games to "enrich the singleplayer experience." CD Projekt has also been coy on whether or not the planned AAA standalone multiplayer release of Cyberpunk 2077 has been cancelled or not, but now it looks like these plans will manifest in Project Orion.

CD Projekt recently made a big pivot to Unreal Engine 5 and has retired its proprietary RED engine. Cyberpunk 2077 and the planned multiplayer game were originally being developed in the RED engine, but the project may have been moved to UE5 as part of Project Orion.

Here's what CDPR said in April:

"Following the decision to change the underlying game engine and conclusion of a licensing and partnership agreement with Epic Games International, the Company gained access to multiplayer solutions available in Unreal Engine 4 and 5, as a result of which it abandoned further R&D work on adding multiplayer elements to REDEngine."