Guerrilla Games is reportedly working on a new online Horizon game that will release on PlayStation 5 and PC, sources have told MP1st. 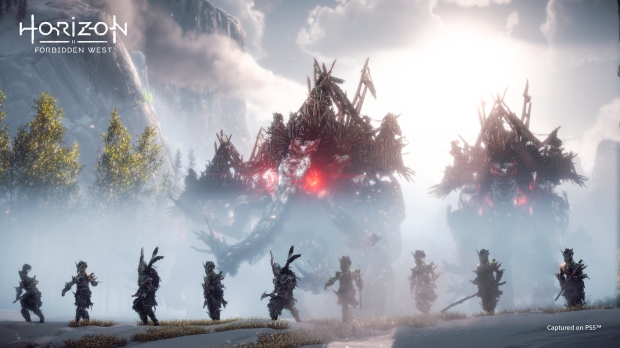 Horizon Zero Dawn was originally supposed to feature some form of online co-op play, but the feature was scrapped due to time and technical constraints. Despite early reports, the feature didn't show up in Horizon Forbidden West either. Now it looks like Horizon's online multiplayer will be a standalone live service game.

Sources have told MP1st that the Horizon franchise will get a new online multiplayer game that bridges both PS5 and PC. The game is expected to have some sort of co-op or PVP action (naturally, given it's a MP game). This news fits right in line with Sony's new multi-platform business model that targets big games across mobiles, PlayStation 5, and PC.

Sony is making meaningful investments across all three segments and has released multiple PlayStation exclusives on PC to date, including Horizon Zero Dawn, God of War, and Spider-Man.

The company is also delving head-first into live games and wants to ship 12 live service titles by 2025. These live games will be released across mobiles, PS5, and PC alongside major AAA titles.

Sony will adapt a portion of its best-selling IPs and franchises into this business model, including The Last of Us, which is getting its own live game that's just as big as The Last of Us Part I, Twisted Metal, which is believed to be getting a F2P game, and the aforementioned Horizon.