Naughty Dog reveals new info about its upcoming The Last of Us multiplayer game, and confirms it's "in some ways bigger" than its massive singleplayer games. 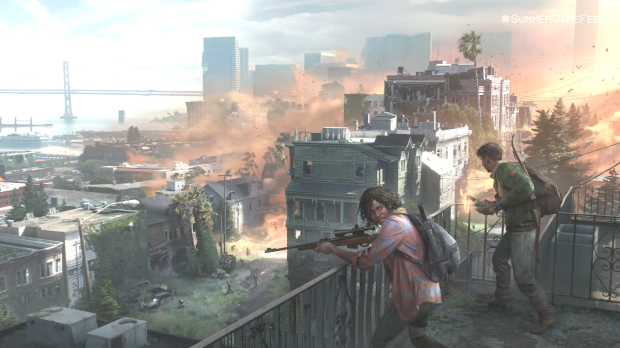 "One of the things we mentioned a while back was we started making a multiplayer mode, and it was something different that we've really never done before at Naughty Dog. We felt the way to do it justice was to make a standalone title. And working on it over the past 2 years the ambition has grown, and we're not quite ready to fully unveil it, but we'll give an update of where we're at," Naughty Dog co-president Neil Druckmann said during the Summer Game Fest stream.

"What I can tell you is that this game is big. It's as big as any of our singleplayer games we've done and in some ways bigger. It's got a story, the way we're telling that story is very unique, it's got a brand new cast of characters that come from another place, another part of the United States. I'm sure our fans have already figured it out.

"You're going to see a lot more of this game coming next year."

"We're creating something much larger than a mode," Naughty Dog's Rochelle Snyder said on the PlayStation Blog.

"We're growing our studio significantly to ensure we build this full-scale, standalone game, with its massive scope and immense world."

Naughty Dog also announced The Last of Us Part 1 is getting fully remade on PlayStation 5 and PC, complete with 60FPS gameplay, new upgraded graphics, and more.