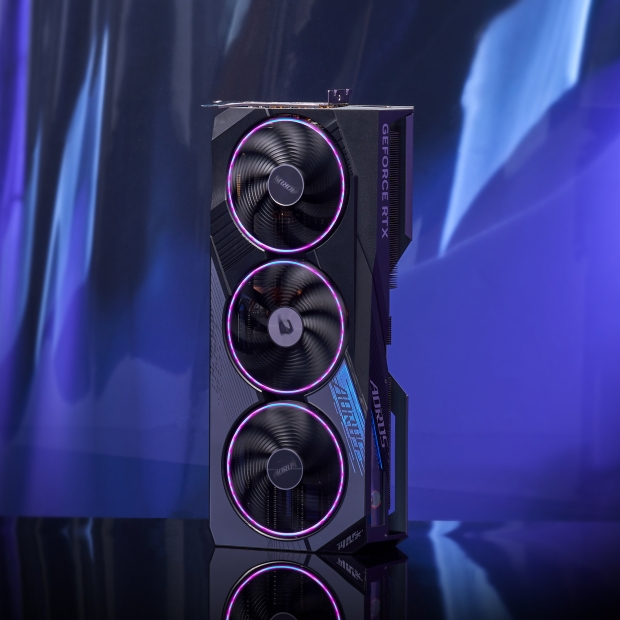 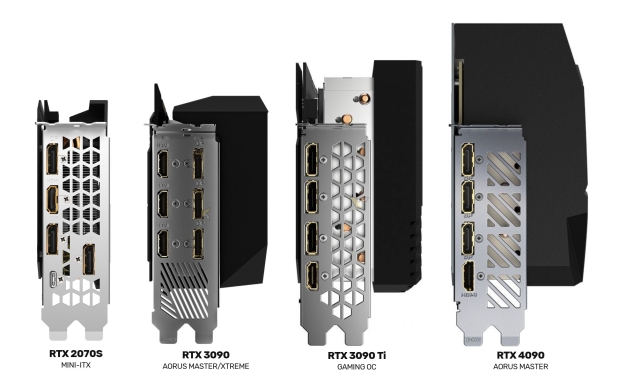 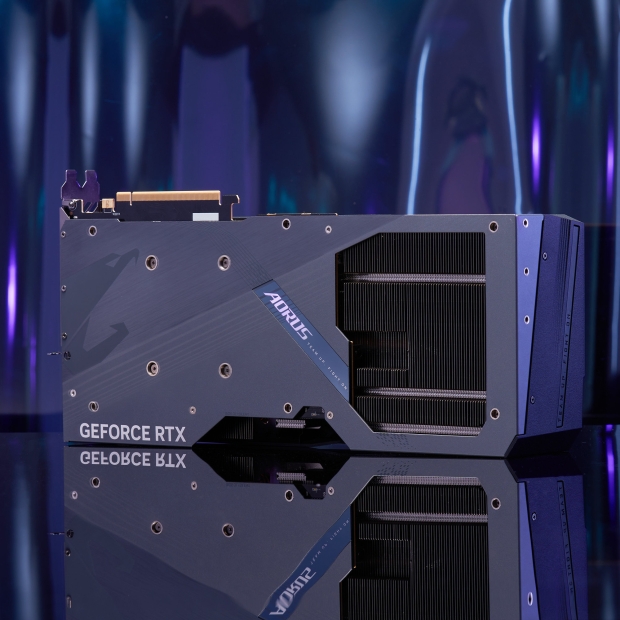 A great-looking backplate, and a large opening to vent some of that air

The new AORUS GeForce RTX 4090 MASTER graphics card has a beautiful "LCD Edge View" on the end of the card: a new LCD monitor that doesn't just display information about your new RTX 4090, but it can display other text, pictures, and GIFs. 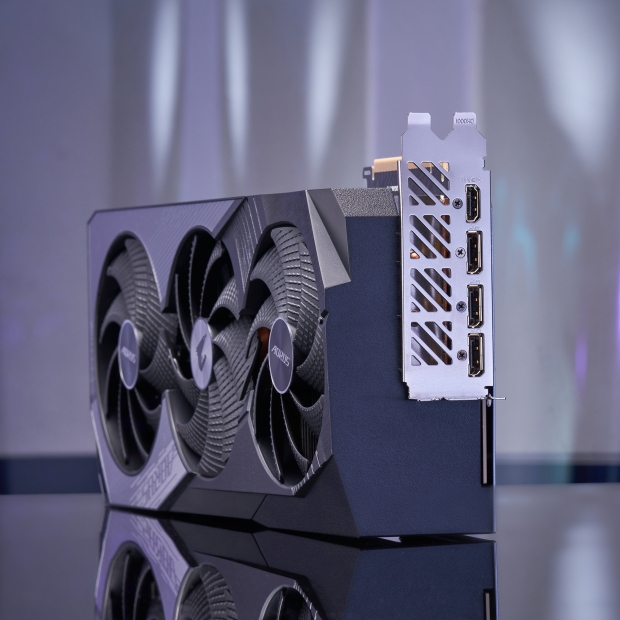 You can truly see how chunky the card is from the end... uhhh wow

RGB lighting on the AORUS RTX 4090 MASTER is through the beautiful three-ring lighting, with the triple-fan cooler lighting up beautifully inside of your new super-powerful gaming PC.