NVIDIA has its 3rd Gen RT Cores and 4th Gen Tensor Cores inside of the Ada Lovelace GPU-powered GeForce RTX 40 series graphics cards, as well as support for NVIDIA's next-gen DLSS 3 upscaling technology. NVIDIA's next-gen GeForce RTX 4090 still rolls out with 24GB of GDDR6X memory clocked at 21Gbps (just like the RTX 3090 Ti), which will be on a 384-bit memory bus that will feature up to 1TB/sec+ of memory bandwidth. 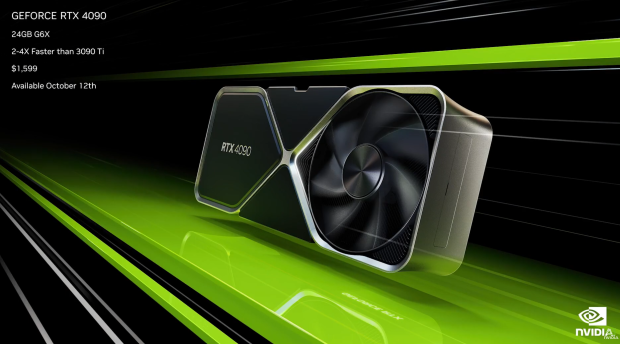 The new GeForce RTX 40 series GPUs also have dual AV1 encoders that support up to 8K 60FPS recordings, which is pretty damn impressive. 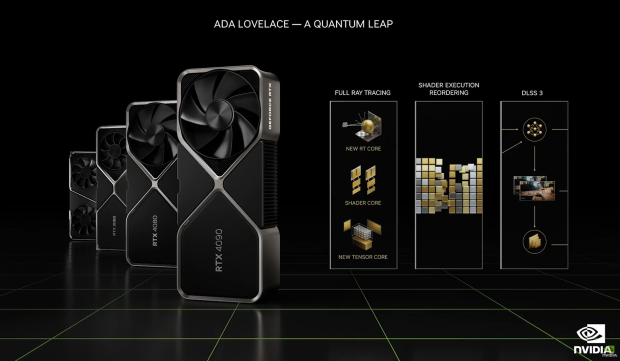 NVIDIA CEO Jensen Huang explained during the GeForce Beyond broadcast that: "for rasterized games, Ada is up to 2x faster, and its 4x faster for ray-traced games". He continued: "Ada is incredibly energy efficient, over twice the performance for the same power compared to Ampere... and you can really push Ada. We've overclocked Ada to past 3GHz in our labs".

Jensen continued: "compared to the RTX 3090 Ti, the new RTX 4090 is 2x faster in Microsoft Flight Simulator, 3x faster in Portal RTX and 4x faster on RacerX". He added: "GeForce RTX 4090 is the "new heavyweight champ". 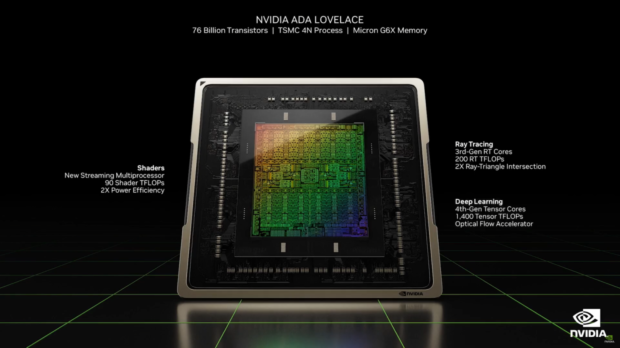