NVIDIA is using 12GB of GDDR6X memory clocked at 21Gbps on a 192-bit memory bus that's offering up to 504GB/sec of memory bandwidth, with a lower 285W TGP. 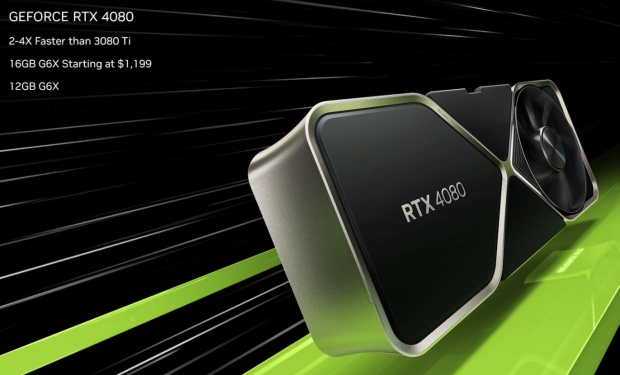 NVIDIA's GeForce RTX 4080 is also built with creators in mind, with its additional memory -- 16GB up from the 10GB of G6X that launched on the RTX 3080 -- which will help out when rendering larger scenes, editing 12K RAW video, and working with multiple apps at the same time.

All of the new Ada Lovelace GPUs are compatible with NVIDIA DLSS 3, which is the very latest AI-powered upscaling technology ready for next-gen GeForce RTX 4090, RTX 4080 16GB, and RTX 4080 12GB graphics cards.

NVIDIA says its new DLSS 3 technology will super-power games like Cyberpunk 2077 with its new Ray Tracing mode "Overdrive Mode" with DLSS 3 offering 90FPS+ average with DLSS 3 + RT On, compared to just 20FPS or so average with DLSS disabled but RT still enabled. That's a 4x performance improvement, something that I think every gamer on the planet wants to see up and running. 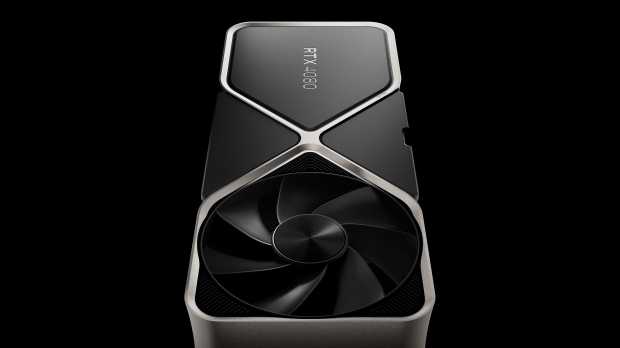 Tune in for custom AIB models of the GeForce RTX 4080 graphics cards, which will be coming from ASUS, COLORFUL, Inno3D, GAINWARD, GIGABYTE, MSI, Palit, ZOTAC, and others. There's no EVGA obviously, given what's happened in the last few days. It's a pity, given how much of a beast Ada Lovelace is shaping up to be.