MSI is the first to confirm next-gen Intel Z790 motherboards, with a tweet that teases "The Next Playground - Reframed" for September 27.

Intel is set to unveil its next-gen 13th Gen Core "Raptor Lake" CPUs on September 27 during its upcoming Intel Innovation event, MSI has now tweeted out its new virtual product launch and it's pretty obvious what to expect: a bunch of awesome new Z790-powered MSI motherboards.

You can see in the tweet that there are four motherboards that MSI is showing us here: one of them clearly states "MPG Z790 EDGE Wi-Fi DDR4" so you know that motherboard is coming. We should expect a new range of Z790 motherboards from MSI, from top to bottom: crazy expensive and high-end, and ready for overclocking that delicious new Core i9-13900K down to mid-range Z790 board designs.

Intel will kick off its Intel Innovation event on September 27 at 9AM PDT, with CEO Pat Gelsinger to start things off and I'm sure it'll be with a bang... or is that a roar... for Raptor Lake.

MSI's tease was pretty simple: Now all the puzzles are assembled, the next generation you are looking forward to is coming soon. MSI Virtual Product Launch Event : THE NEXT PLAYGROUND - REFRAMED, Sep 27th, 09:20 a.m. PDT. Actually MSI, noticed a spelling error there guys: "PLAYGROUNG" on your tweet, ha. 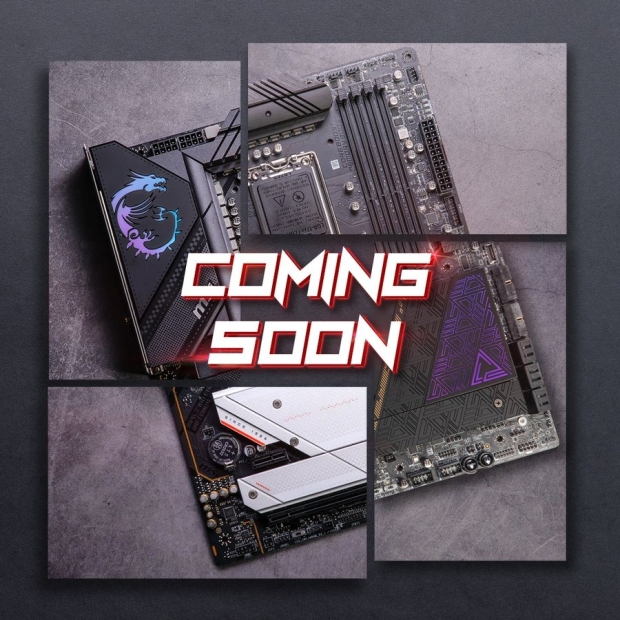 MSI even has "The Next Playground - Reframed" with its own website, breaking down the launch times (6 days and 16 hours from now, at least at the time of writing). MSI also has launch times for LA, New York, London, and Taipei, as well as a nifty little button to let you click to add it to your calendar if you want to be organized.

You can also sign up for the first-hand product information kit, too. Check it all out here.