343 Industries founder Bonnie Ross is leaving the studio due to family medical issues. 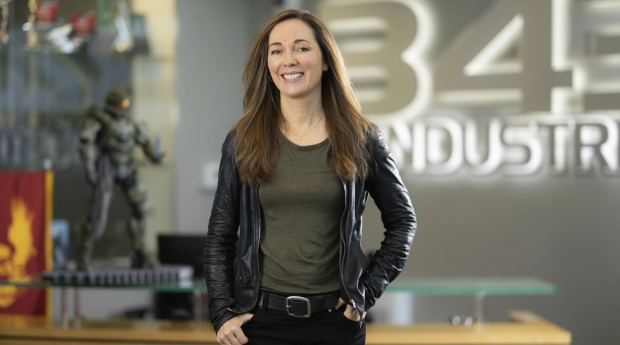 After 15 years with the Halo franchise and founding the current stewards of the series, Bonnie Ross is leaving the studio that she helped create.

"While I had hoped to stay with Halo until we released the Winter Update, I am letting you know I will be leaving 343 and attending to a family medical issue," Ross announced on Twitter.

"I am incredibly proud of the work everyone at 343 Industries has done with Halo Infinite, the Master Chief Collection, the Halo television series and so much more. It has been an honor to serve alongside the team for the last 15 years and to be a part of the universe that I love.

"Thank you to everyone in the Halo community for your support. Halo's future is bright. I cannot wait for all of you to experience what we have in store -- and to cheer alongside you, as a fan, at the Halo World Championship in October!"

Ross is the highest profile departure for 343 Industries to date. No one is above Ross as 343 Industries--she was the head of the studio and served as corporate vice president for Microsoft for years.

Many talented designers and developers have left 343 Industries in recent years possibly due to Halo Infinite's tumultuous launch and issues with upper management that have stalled the game's development. interrupted live service progress, and affected the controversial monetization methods the game offers.