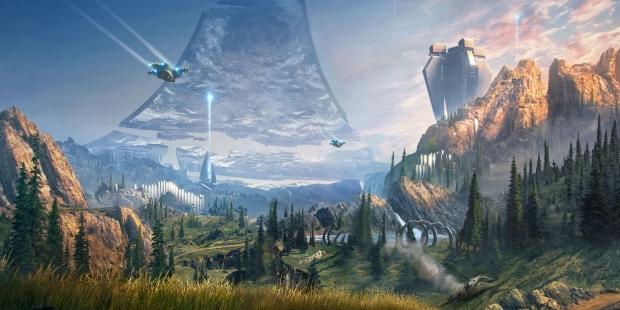 The next-big Halo game may be buckling under its larger-than-life ambitions. Halo: Infinite isn't just a game, but a platform that will put an end to all future numbered Halo sequels. It's also a FPS-RPG with live service drop-in co-op. This kind of game takes lots of work--and to make matters worse, 343i is crafting the game alongside the brand new Slipspace Engine. This complexity has led to a delay into 2021.

Infinite's issues have led to various departures from 343i. First, creative director Tim Longo left 343i in August 2019. Now studio head Chris Lee has moved on from Infinite as well, saying the the project is in good hands.

The report comes from an internal memo acquired by Bloomberg, wherein Lee says:

"I have stepped back from Infinite and I am looking at future opportunities. I believe in the team and am confident they will deliver a great game and now is a good time for me to step away."

Due to its free-to-play multiplayer, online-driven replayable campaign, RPG aspects, FPS gunplay, and optimizations on five Xbox consoles, Infinite has been a very difficult project. Things are made even harder thanks to coronavirus measures that've forced devs to work from home.