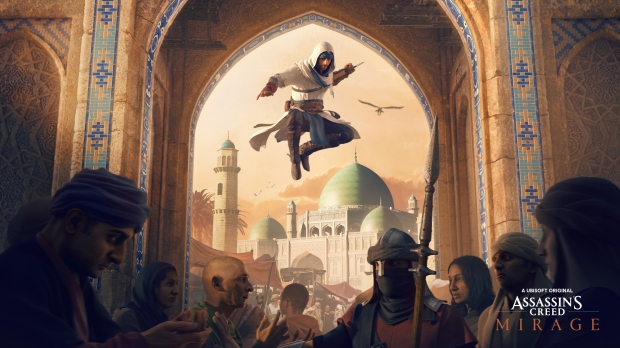 Ubisoft has ambitious plans for the Assassin's Creed series and is ready to start branching off into mobile while executing on Assassin's Creed Infinity, which will be the franchise's games-as-a-platform ecosystem. The first game will be Assassin's Creed Mirage, a smaller-scale game compared to Valhalla that is set during 8th century Baghdad and stars Basim, one of the titular characters of 2020's mainline game. Mirage is expected to launch in 2023.

The other three games are where Ubisoft starts differentiating its slate. There's two main games and then one mobile game. The first main game is codenamed Red, and will be set in Japan, possibly with samurai-style armors and playable male/female protagonists. Red is being developed by Ubisoft's Quebec team.

The second main game is codenamed Hexe, a direct nod to witchcraft and sorcery, is set during the brutal and bloody Holy Roman Empire witch trials that burned through 17th century Europe. That game is being developed by Ubisoft Montreal.

Both Red and Hexe will be a part of Assassin's Creed Infinity, which is to be Ubisoft's very own live service infrastructure for the series. The idea is to use AC Infinity as a kind of launcher or storefront that hosts individualized games that can be purchased and played separately. In this way you could conceptualize AC Infinity acting as a store that sells games as DLC modules of a sort--except they'd be fully-fledged games instead of expansions or bite-sized updates.

Then there's the mobile game that is codenamed Jade, which is to be set in China. It's likely that Tencent is corroborating closely with Ubisoft on this particular project; Tencent also acquired stock in Ubisoft's largest shareholder.

This brings the grand total of in-development Assassin's Creed projects to six; the four games mentioned here alongside new Assassin's Creed Valhalla content, as well as Project Nexus, a VR-based game that ties into the franchise's fictional Animus.

Ubisoft has yet to announce anything other than Assassin's Creed Mirage, which was recently leaked. The other games remain speculative but based on the sources involved we're betting they'll be at the show.