A trail of Starlink satellites from Elon Musk's SpaceX has been spotted flying overhead in the night sky of Johannesburg, South Africa, on August 30th, 2022.

Over 3,000 Starlink satellites are now in orbit since SpaceX began forming the satellite constellation in low Earth orbit (LEO) in 2019. SpaceX hopes to achieve global coverage by 2023, providing accessible Internet services to the entire planet. Currently, Starlink services 500,000 subscribers in 39 countries, with SpaceX focusing on bolstering coverage in remote and low-coverage areas first.

Reportedly, SpaceX plans to bring the Starlink service to Mozambique and Nigeria by September 2022, marking its first availability in African countries. The recent sighting of Starlink satellites over Gauteng, a small province in South Africa, sparked reports of potential meteors and shooting stars. However, weather forecaster Gauteng Weather noted on Twitter, "so-called 'meteor' spotted over Gauteng on the evening of Monday August 29th is most likely to just be the Starlink Satellite Train." 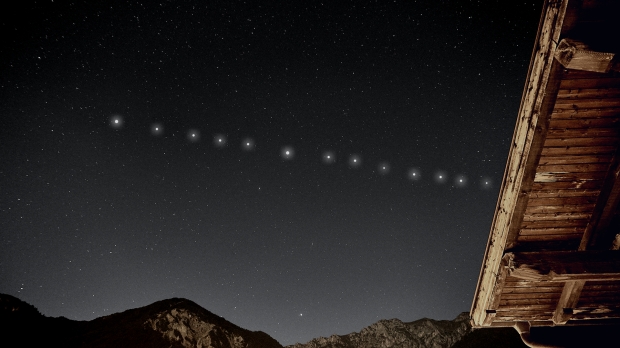 Trains of Starlink satellites have been spotted numerous times across the planet, and can be located with the help of this website to aid in viewing them. The trains are more easily visible immediately following the launch of a new batch of satellites to orbit, as they are deployed at altitudes of just shy of 200 miles (321.8 kilometers) up before they gradually use their thrusters to raise themselves to a final orbital altitude of 340 to 350 miles (540 to 560 kilometers).

Similar sightings are expected to become more frequent as SpaceX plans to grow the size of its Starlink constellation to 42,000, adding to its already approved 12,000 satellites, with another 30,000 awaiting approval from the Federal Communications Commission (FCC).