Intel has multiple products that are fooked right now, with the upcoming Xeon "Sapphire Rapids" CPU family originally slated for Q1 2022 but now delayed until Q1 2023 according to the latest rumors. 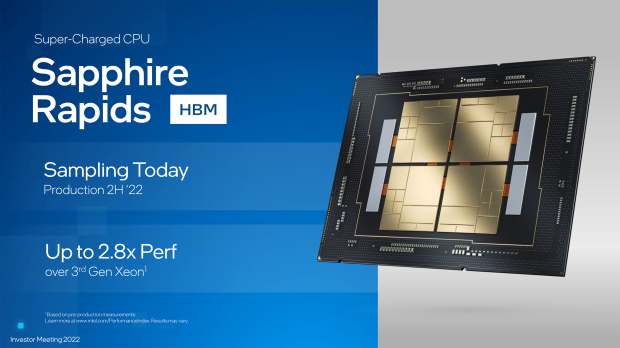 We're now hearing from Igor's Lab with access gained to internal NDA-Sights documents that talk about issues with Sapphire Rapids, where documents had 500+ entries. This is the largest list of bugs for a CPU in the history of Intel, explaining why Sapphire Rapids is up shit creek without a paddle, pun intended. Igor reports that Sapphire Rapids has had 12 different steppings already, but it gets worse.

Igor explained: "The problems and errors are collected under NDA in internal documents ("so-called NDA sights") and currently amount to almost 500 (!) entries, with the trend continuing to rise. [...] This started with A0 and A1, then proceeded via B0, C0, C1, C2, D0, E0, E2, E3 and E4 until currently stepping E5! The market launch was planned about 1.5 years ago and the plan was recently updated again".

He continued: "internal information is now becoming a bit more concrete. Intel has now announced the "launch window" for Sapphire Rapids (SPR) for calendar week 6 to 9 (Feb. 6, 2023 to March 3, 2023)".