Intel's next-gen 4th Gen Xeon Scalable "Sapphire Rapids-SP" processor has been teased in a new leak, pushing out its 56 cores and 112 threads of CPU power.

The new Intel Xeon "Sapphire Rapids" CPU is in the news again from leaker "YuuKi-Ans" teasing the Sapphire Rapids-SP chip, which will be made on the Intel 7 process node (formally known as 10nm Enhanced SuperFin) and has 56 cores and 112 threads, with a maximum TDP of 350W.

We've seen another engineering sample (ES) chip of Intel's upcoming Sapphire Rapids-SP, which used the ES2 silicon and was limited to 270W of power. But the new chip has a boosted TDP, up to 350W (Power Limit 1) with PL2 set to 420W. Intel's new Sapphire Rapids-SP chip here would have a base 1.9GHz CPU clock, and boost of up to 3.3GHz -- but HWiNFO64 software reports that the single-core boost might hit up to 3.7GHz. 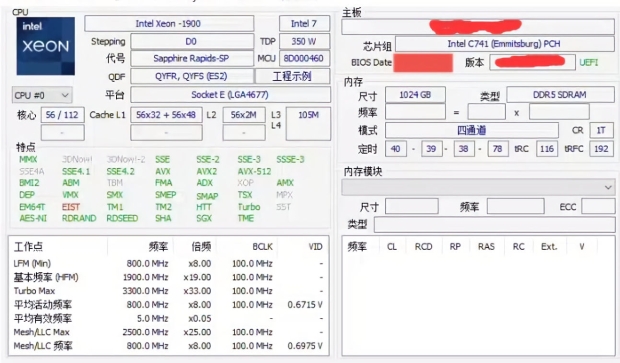 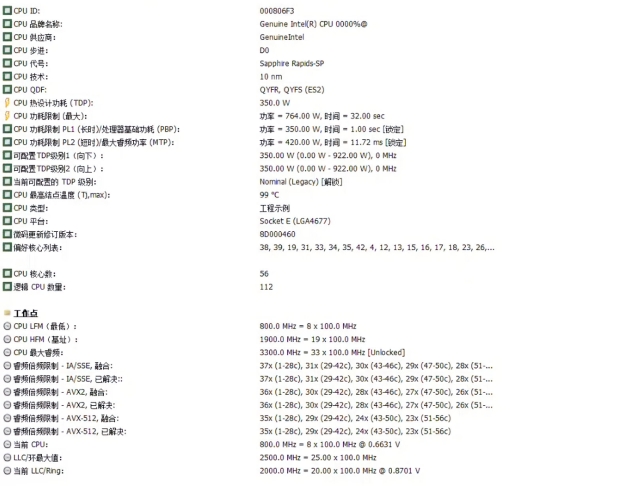 The new Intel Xeon "Sapphire Rapids-SP" processor was being tested on an Intel C741 "Emmitsburg" motherboard, with 1TB of DDR5 memory.