At the beginning of June, NASA confirmed that the James Webb Space Telescope, the space agency's newest space telescope, had been struck by a micrometeorite. 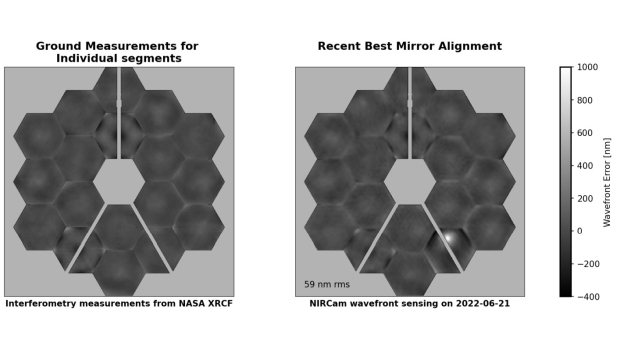 NASA confirmed that a micrometeorite struck the new observatory sometime between May 23 and May 25, and after analysis, engineers were able to discover that the tiny space rock impacted Webb's primary mirror. Unfortunately, micrometeorites are an "unavoidable aspect of operating any spacecraft", according to NASA. Notably, engineers accounted for micrometeorite impacts throughout Webb's construction and anticipated that impacts would be somewhat common.

As for the impact that occurred between May 23 and May 24, NASA stated that Webb is still performing at a level beyond its mission requirements and that over the course of its estimated 10-year lifespan, impacts such as these will "gracefully degrade telescope performance". The segment that was impacted was segment C3, and according to reports, the overall impact on the telescope's performance is small "because only a small portion of the telescope was affected".

Furthermore, Webb's other seventeen mirror segments remain unimpacted by the collision and have been realigned to account for the damage that was caused to segment C3. Engineers are currently trying to work out how often micrometeorites will strike Webb and if the event that occurred between May 23 and May 25 was "rare" or if it will be a frequent problem that Webb has to endure.

At the moment, engineers consider a "rare" event to be a high-energy impact that would only happen once every few years, however, the Webb team hasn't ruled out that pre-launch modeling of micrometeorite impacts may have been incorrect.

In other news about Webb, an astronomer has explained the very first colored image taken by Webb, and if you haven't seen it, Webb has already snapped an incredible image of the largest planet in our solar system. For more information on these stories, check out the below links.