NASA's $10+ billion James Webb Space Telescope is up and running, with the space agency already releasing the first batch of colored images. 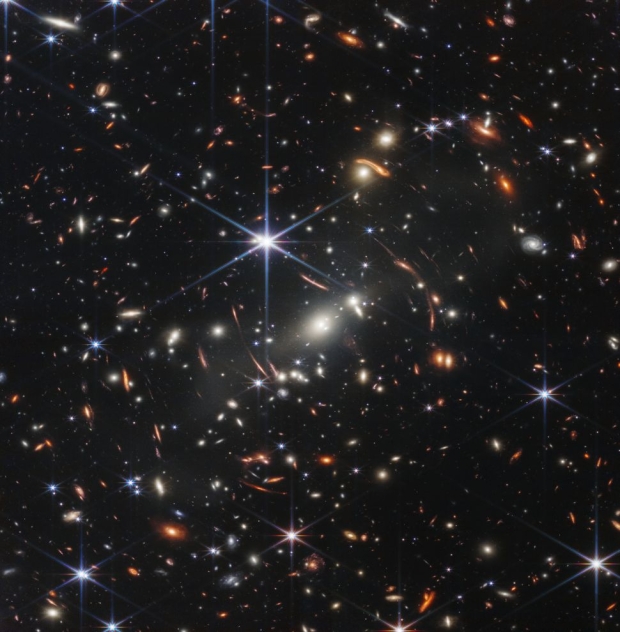 Now that Webb is ready for scientific operations, astronomers and researchers are sitting on the edge of their seats to see what Webb will be pointed at next and what it will be able to produce with its next-generation instruments. In a recently published article in The Conversation, Silas Laycock, a Professor of Astronomy, at the University of Massachusetts Lowell, explained the importance of Webb's potential and the treasure trove of data the new observatory has already gathered.

Laycock explains that the first image released by NASA showcases a galaxy cluster called SMACS 0723, which is located approximately 5.12 billion light-years from Earth. Laycock says that the large white galaxies located in the center of the image are similar in age to the Sun and the Earth. Surrounding the galaxies in the center are more galaxies that appear stretched or contorted.

The reason for this is that those galaxies are much further away than they appear, and the light from those galaxies is bent by the gravity of galaxies in the foreground, giving the appearance of an arc-shaped galaxy. The red galaxies that are dotted around the image are further away than the stretched galaxies, but according to Laycock, astronomers are able to measure the light from these galaxies and determine their elements, giving clues to the early formation of the universe.

When NASA released Webb's first colored image, it explained that this image and all of the galaxies within it cover a patch of sky equivalent to the size of a grain of sand held at arm's length. Notably, Webb has already snapped an image of a planet within our solar system, but NASA didn't publicly announce/release the image as it was hidden in Webb's testing documentation. Check out that image below.