EA and DICE are doubling-down on Battlefield 2042 in an effort to bring back the glory days of the franchise. 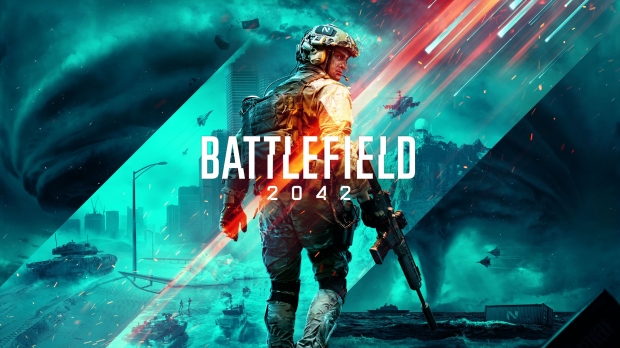 Despite Battlefield 2042's failures, new DICE general manager Rebecka Coutaz brings hope and optimism to the franchise. In multiple new interviews, Coutaz says that DICE will earn players' trust once again and aims to usher in the triumphant return of Battlefield as a powerhouse name in the FPS business. EA hasn't given up on Battlefield, either; The publisher is investing heavily into new foundational shifts in management, which see Respawn's Vince Zampella taking a greater hands-on approach to the franchise, alongside key talent like Halo co-create Marcus Lehto, who leads a Seattle-based EA studio.

"DICE deserves to be the powerhouse that it should be in FPS. Together with the team here at DICE and the Battlefield franchise, with Byron and Vince and Marcus and Alex, that's what we're going to do," Coutaz told VentureBeat's Dean Takahashi.

Coutaz goes on to say that the current plans are basically a dream come true for DICE. Right now we only know of two Battlefield projects; Battlefield 2042, and the upcoming mobile port. There's rumblings of a new game that's in development and that Battlefield 2042 is being run by a "skeleton crew," however Coutaz seems to refute these claims.

"What we're doing now with Battlefield together with Byron and Vince and Marcus and Alex - it's what the team here at DICE has been dreaming about for years, and they couldn't do it. Now Electronic Arts is rolling out this plan together with DICE. Of course it's a competitive market, but I like being the underdog. I like that situation. We won't be there for a very long time."

The new DICE general manager also confirmed that the studio is "completely focused" on Battlefield 2042's continued development, and that future updates will be back to basics for the developer. Instead of focusing on new content, DICE wants to get the infrastructure and foundation just right.

"But we have moved forward since then. We made some difficult decisions. We decided to focus on the health of the game, improving the game mechanics, before we would release new content. That was the focus of the update we just pushed out. We felt it was more important to improve the fundamentals of the game. Bug after bug, patch after patch, a little more each time, we're improving things for our players and for the team.

It'll be interesting to see where Battlefield goes from here. BF2042 remains largely unpopular in player counts and may not be monetizing particularly well, but the game itself is meant to be a long-term infrastructure for future games and content delivery rather than a singular, standalone release. The main issue is that it's simply just not at that level yet and there's reports that DICE is back to the drawing board with their next game, ready to leave BF2042 behind.