A study on binary stars and their possibility for alien life titled "Binarity of a protostar affects the evolution of the disk and planets" has been published in the journal Nature. 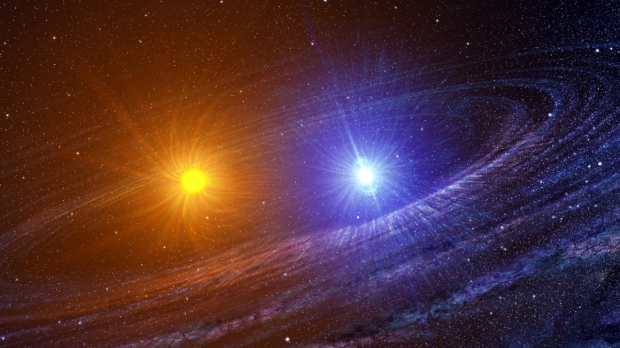 Researchers from the University of Copenhagen have determined that planetary systems form very differently around binary stars compared to how they do around singular stars. Almost half of all stars similar in size to our Sun exist in binary star systems, and in the search for potential alien life, looking for stars similar to our own is a good start.

"The result is exciting since the search for extraterrestrial life will be equipped with several new, extremely powerful instruments within the coming years. This enhances the significance of understanding how planets are formed around different types of stars. Such results may pinpoint places which would be especially interesting to probe for the existence of life," said head of the project Professor Jes Kristian Jorgensen.

The researchers used observations of the NGC 1333-IRAS2A binary star system by the ALMA (Atacama Large Millimeter/submillimeter Array) telescopes in Chile to understand more about the formation of planets around such systems. The star system exists 1,000 light years from Earth, and only a snapshot of its evolution and of its protoplanetary disc could be attained, but computer simulations have allowed the team to see how it will evolve in future and how it came be.

"The observations allow us to zoom in on the stars and study how dust and gas move towards the disc. The simulations will tell us which physics are at play, and how the stars have evolved up till the snapshot we observe, and their future evolution," explained Postdoc Rajika L. Kuruwita and second author of the study.