SpinLaunch has completed another test on April 22nd, 2022, of its unconventional alternative to traditional rocket launches.

New footage from the company's eighth flight test shows an optical camera payload being launched from its Suborbital Accelerator Launch System at over 1,000 (1,609 kilometers) miles per hour. The payload is a 3-meter (9.8 feet) long flight test vehicle, equipped for the first time with an onboard camera to provide a unique perspective.

The Suborbital Accelerator Launch System contains a large, rotating carbon fiber arm within a steel vacuum chamber 300 feet (91.4 meters) in diameter. The arm is used to accelerate the payload-carrying launch vehicle to up to 5,000 miles (8046 kilometers) per hour, faster than six times the speed of sound (Mach 6).

In April, the company announced it received a NASA Space Act Agreement contract and claims its launch system eliminates 70 percent of fuel and infrastructure requirements compared to traditional rocket launches. 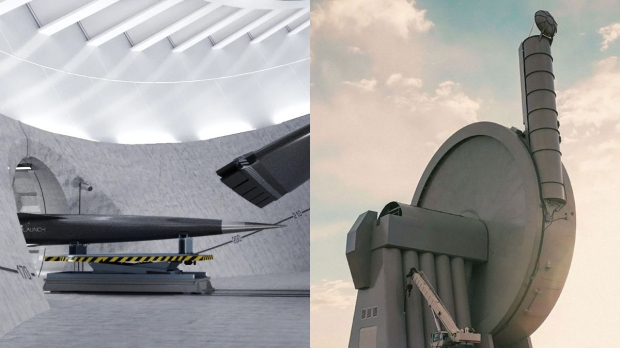