The hypersonic missile prototype has been developed by Lockheed Martin for the Defense Advanced Research Projects Agency (DARPA). 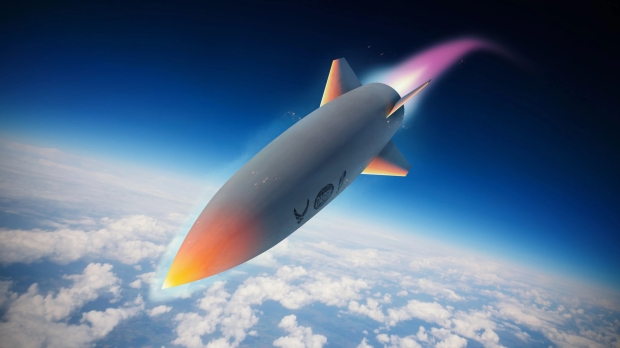 The prototype is being developed as part of DARPA's Hypersonic Air-breathing Weapon Concept (HAWC) program. Lockheed Martin's prototype's recent free flight test is the second such test conducted for the program. The first test was conducted in September, 2021, by Raytheon Technologies, according to a DARPA press release.

According to DARPA's latest press release, "air-breathing vehicles utilize air captured from the atmosphere to achieve sustained propulsion." Lockheed Martin's test saw the missile prototype reach and maintain a cruising speed of greater than Mach 5, or over five times the speed of sound, "for an extended period of time." It reached altitudes of over 65,000 feet (12.3 miles, 19.8 kilometers) and flew for more than 300 nautical miles (345 miles, 555.6 kilometers).

"This Lockheed Martin HAWC flight test successfully demonstrated a second design that will allow our warfighters to competitively select the right capabilities to dominate the battlefield. These achievements increase the level of technical maturity for transitioning HAWC to a service program of record," said Andrew "Tippy" Knoedler, HAWC program manager in DARPA's Tactical Technology Office.

"We are still analyzing flight test data, but are confident that we will provide the U.S. Air Force and Navy with excellent options to diversify the technology available for their future missions," Knoedler continued.