AMD has officially announced its next-gen AM5 platform, which will support both DDR5 and PCIe 5.0 technologies... with ASUS unveiling its monster new ROG Crosshair X670E motherboard. 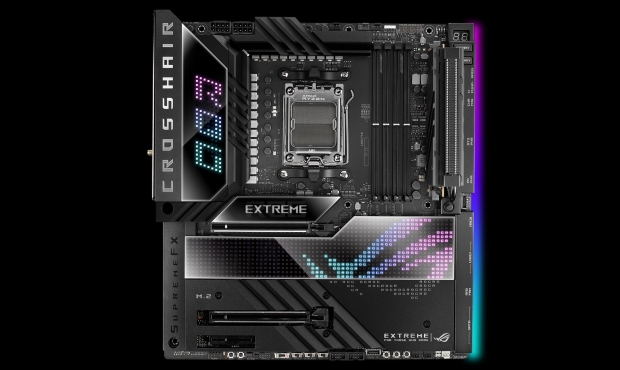 ASUS has included everything including the kitchen sink with its new ROG Crosshair X670E, but that's no surprise for the upper echelons of the ROG enthusiast motherboards. ASUS includes next-gen USB 4 connectivity, 10GbE networking, a ROG PCIe 5.0 M.2 card, and a ROG GEN-Z.2 card.

We have a total of 5 x M.2 SSD slots, with 4 of them supporting PCIe 5.0 x4 mode. This means you can enjoy the lofty heights of 10GB/sec... if you can even believe that. You'd better keep that PCIe 5.0-capable SSD nice and cool, too. 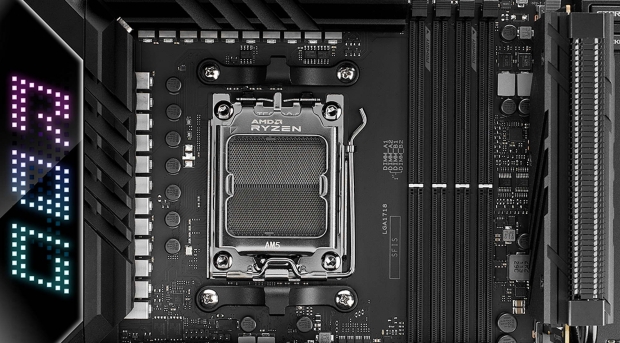 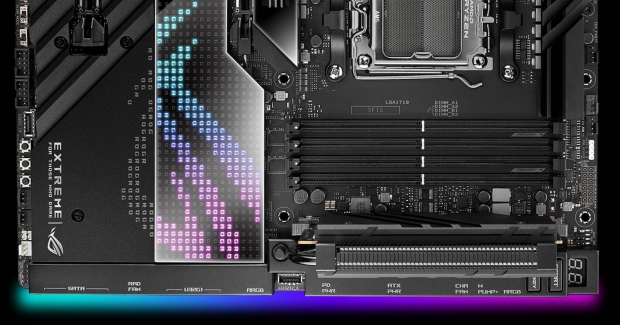 The new ASUS ROG Crosshair X670E Extreme has 20+2 teamed power stages that are rated for up to 110A, with the EATX form factor motherboard, with ProCool II power connectors that "offer better contact with PSU plugs, improved heat dissipation, and better reliability over common hardware. MicroFine alloy chokes and premium 10K black metallic capacitors provide the smoothest possible power delivery to the processor, even under the highest loads".

There's 10GbE + 2.5GbE enthusiast-ready networking, Wi-Fi 6E connectivity, and so much more here. ASUS really loads up their flagship motherboards, and the new ROG Crosshair X670E Extreme is no exception.

Expect pricing to be insane, and availability later this year.