The end of operations for NASA's InSight (short for Interior Exploration using Seismic Investigations, Geodesy and Heat Transport) Mars lander is due at the end of this year as it continues to lose power. 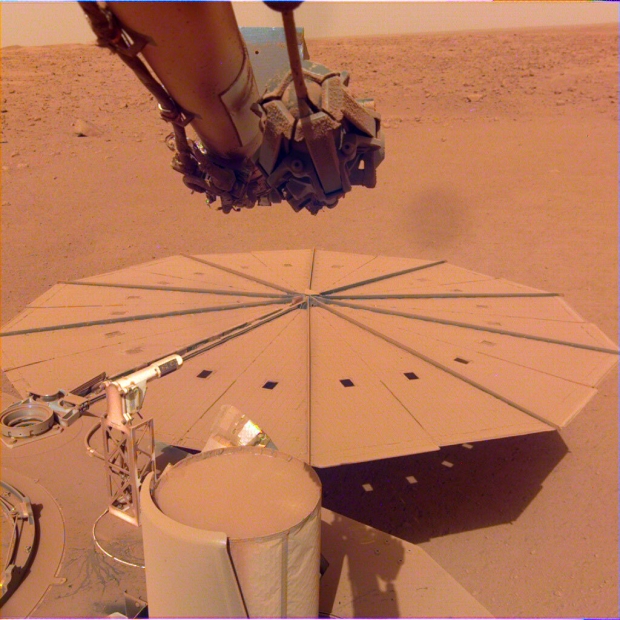 Since landing on Mars on November 26th, 2018, to measure seismic activity, InSight has remained powered by a pair of solar panels, each measuring about 7 feet (2.2 meters) wide. Its primary science mission was to be achieved within a year on Mars (almost two years on Earth) and having completed it, NASA has extended its mission.

However, InSight's solar panels are slowly accumulating Martian dust on their surfaces, reducing their power output from around 5,000 watt-hours each Martian day (sol) when InSight landed to roughly 500 watt-hours per sol. The InSight team now estimates that it will become inoperative by December 2022. The team will put the lander's robotic arm into its resting position, known as the retirement pose, for the last time later in May.

"InSight has transformed our understanding of the interiors of rocky planets and set the stage for future missions. We can apply what we've learned about Mars' inner structure to Earth, the Moon, Venus, and even rocky planets in other solar systems," said Lori Glaze, director of NASA's Planetary Science Division.

"We've been hoping for a dust cleaning like we saw happen several times to the Spirit and Opportunity rovers. That's still possible, but energy is low enough that our focus is making the most of the science we can still collect," said Bruce Banerdt, InSight's principal investigator at NASA's Jet Propulsion Laboratory in Southern California, which leads the mission.

You can read more from NASA's update here. 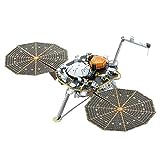