A paper on the artificial intelligence (AI) traffic system titled "Fully-Autonomous, Vision-based Traffic Signal Control: from Simulation to Reality" is being presented at the Proceedings of the 21st International Conference on Autonomous Agents and Multi-agent Systems (AAMAS 2022). 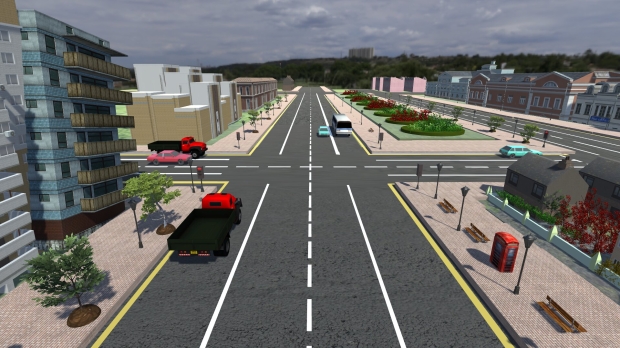 Researchers from Aston University have developed an AI system capable of managing traffic flow through intersections with traffic lights. The system uses deep reinforcement learning, allowing it to understand when it isn't performing well and adjust accordingly, and continue to improve when making progress.

The system was trained using Traffic 3D, a state-of-the-art photo-realistic traffic simulator built by the researchers that presented different traffic and weather scenarios. After being presented with training simulations, the system was used on a real junction and adapted to perform as needed.

"[We] have set this up as a traffic control game. The program gets a 'reward' when it gets a car through a junction. Every time a car has to wait or there's a jam, there's a negative reward. There's actually no input from us; we simply control the reward system," said Dr. Maria Chli, reader in Computer Science at Aston University.

"The reason we have based this program on learned behaviors is so that it can understand situations it hasn't explicitly experienced before. We've tested this with a physical obstacle that is causing congestion, rather than traffic light phasing, and the system still did well. As long as there is a causal link, the computer will ultimately figure out what that link is. It's an intensely powerful system," said Dr. George Vogiatzis, senior lecturer in Computer Science at Aston University.