A study on potential alien life titled "The Number of Possible CETIs within Our Galaxy and the Communication Probability among These CETIs" has been published in The Astrophysical Journal. 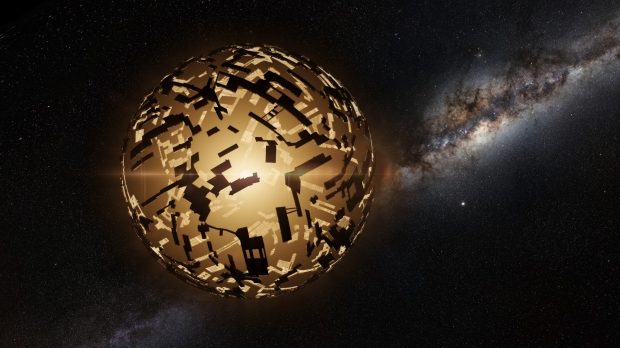 Researchers have estimated that the time humanity will have to survive to hear from any Communicating Extraterrestrial Intelligent Civilizations (CETIs) is about 400,000 years. A 2020 study has estimated that the Milky Way houses about 36 CETIs, whereas simulations run by the authors of the latest paper estimate between as high as almost 43,000 and as low as about 111.

"We have always wanted to know the answers to the following questions. First, how many CETIs exist in the Milky Way? This is a challenging problem. We can only learn from a single known data point (ourselves) without knowing the sample mean or standard deviation," the authors wrote in the paper. 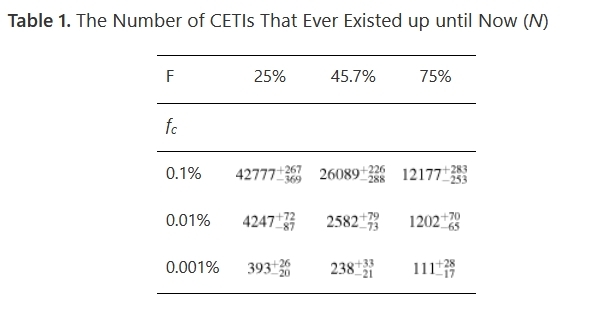 The researchers considered two parameters to create their estimations; firstly, the number of planets deemed habitable and how often life evolves on these planets into a CETI, and secondly, the stage of a host star's evolution at which a CETI would come to be.

In the above figure, F refers to the stage of the host star's evolution, while fc refers to the the probability of CETIs developing on terrestrial planets belonging to that star's solar system. Humanity would only need to survive 2,000 years to achieve two-way communication with a CETI in the most optimistic scenario. The most pessimistic scenario results in humanity needing to survive 400,000 years to achieve two-way communication. 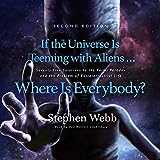 If the Universe Is Teeming with Aliens...Where Is Everybody?